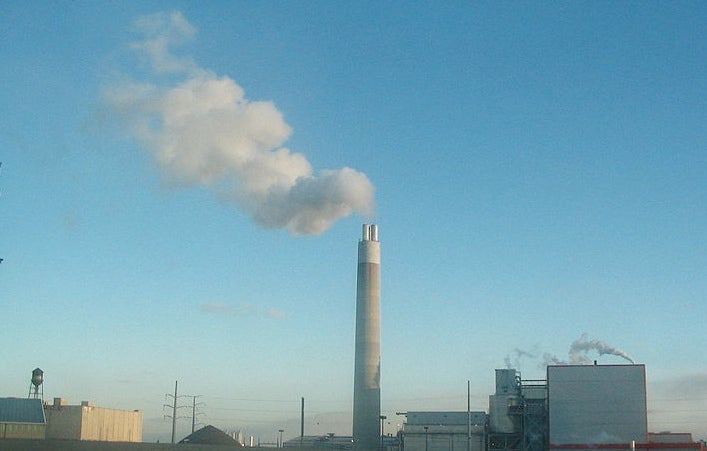 We can fit everything we knew before today about Criegee biradicals inside the period at the end of this sentence, but from what we understand they are pretty amazing. At least, that’s the word from a team of researchers form the U. of Manchester, the U. of Bristol, and Sandia National Labs, who have just detected these invisible chemical intermediates for the first time. Apparently they can not only oxidize pollutants from combustion, cleaning up the atmosphere as they go, but they also contribute to cloud formation, helping to cool the planet.

Criegee biradicals were first hypothesized in the 1950s by German chemist Rudolf Criegee, but at that point in time it was impossible to detect them or measure them, so it was unknown whether or not they truly existed and, if so, how fast they reacted with other atoms. Finding and measuring them was made possible by a special device rigged up by Sandia researchers at Lawrence Berkeley National Labs’ Advanced Light Source, which allowed them to discern the formation and eliminate other similar molecules that contain the same atoms but in a different structure.

What they found in doing so, we’re told, is quite promising. Criegee biradicals react more rapidly than researchers previously thought they could with aforementioned pollutants like nitrogen dioxide and sulfur dioxide, leaving behind nitrate and sulfate that lead to aerosol formation and eventually cloud formation. Ultimately, Criegee biradicals could help cool the planet.

Moreover, understanding them should lend atmospheric researchers some insight on the oxidizing capacity of the atmosphere as a whole as well as help lead to better understandings of climate and how pollution affects the air around us.