Finding A Source of Flavor In Mud Microbes 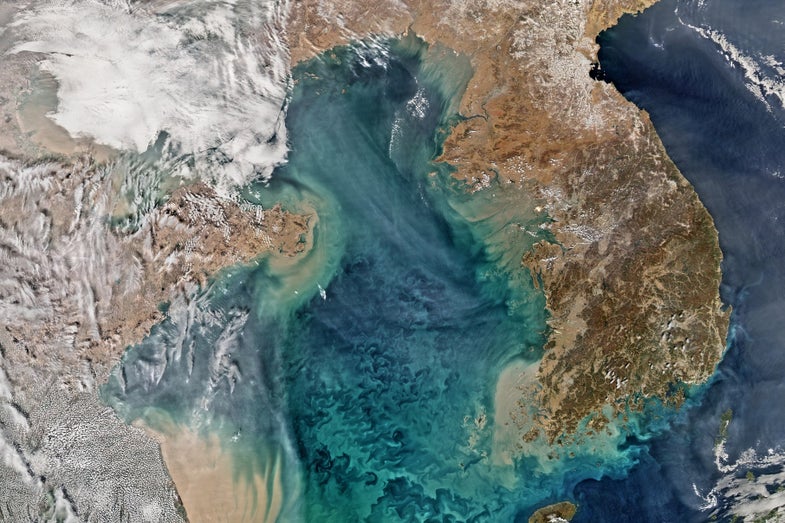 We are surrounded by smells. At any given moment, our olfactory system is stimulated by any of about 10,000 different chemicals leading our brain to recognize the odor and react accordingly. In terms of day-to-day life, smell can help us stay safe. But for companies selling a variety of products ranging from cosmetics to food, the identification and use of pleasant aromas is the key to economic success.

Smell is one of the two hallmarks of flavor (along with taste) and as such, any company looking to sell a product needs to incorporate good volatile compounds so we react in a positive manner. There are even databases comprised solely of flavors and scents. Many of these chemicals come from plants and as such, plant-derived flavors are continually in demand. The problem, however, is the limited availability of many plant species. This in turn leads to higher costs at the manufacturing level, which are transferred to the consumer.

Yet, there is another way to develop welcoming flavors without having to go directly to the source. Biosynthesis of flavor compounds has become a route to continued supply as well as lower costs to the consumer. The key to this path requires an understanding of how the plant actually creates these chemicals. Once the pathway is identified, it can be mimicked in the lab to produce synthetic chemical analogues with similar effects on the olfactory system.

Biochemical analyses followed by chemical syntheses have been the traditional route for production of flavors. Yet there has been an increasing trend in examining microbes as possible natural sources for these pleasant aromas. Bacteria also have the ability to create pleasant aromas and the pathways are far less complex than those used by plants.

The use of bacteria to add flavor to a compound isn’t entirely new. It’s one of the hallmarks of food production ranging from cheese to meat to wine. Yet, these chemicals are contained within a larger matrix and require isolation in the lab to make them available for other products. But by harnessing the flavor-making process within these microbes, chemicals may be synthesized in more controlled environments allowing for rapid purification for other purposes.

While the premise makes sense, there is a problem with going the microbial route. Of all the species capable of producing flavors, only a handful can be grown sufficiently in the lab for analysis. This makes the process quite difficult and potentially prohibitive in terms of cost. Thankfully, the advancement of genetic analysis has rapidly improved the situation such that the focus of a search is no longer about the microbe itself, but about its genes.

Some of the most critical components in flavor-making are lipolytic enzymes, which change the shape of a chemical making it look, act, and smell differently. They interact with a variety of aromatic chemicals known as lipids, or fats, and shift the way they stimulate our olfactory system. Given the right combination of raw chemical and enzyme, the aroma can be wonderful.

Identifying lipolytic enzymes using genetic techniques makes the process of finding microbial flavor-makers incredibly simple and can offer researchers the opportunity to explore a variety of environments such as the ocean and forest soils to find new candidates. But last week, a group of Chinese researchers published a report in which they found enzymes in a rather unconventional source: mud.

The team focused on sediment from the Yellow Sea. Samples were taken to the lab and the DNA was isolated and eventually cloned into an easy-to-culture species, Escherichia coli. The clones were then analyzed for their ability to modify lipid molecules. Once they found successful candidates, the team attempted to isolate the enzyme and find out whether the molecule led to a flavorful smell.

From the experiments, the group found five lipolytic candidates originating from several environmental bacterial species. One of the five, called EST4 (for esterase 4) revealed to be the most useful of the pack, capable of producing a variety of flavors including cinnamon, rose, lemongrass, and banana. Perhaps the most important result was the amount of these chemicals produced, which was higher than other microbial-based flavor productions.

The results of this study suggest we may be able to find flavor-producing options from even more sources than originally thought. While the findings are lab-based, there is an opportunity to develop larger studies examining an unlimited number of terrestrial environments. This may reveal new enzymatic options as well as increased performance and output. Eventually, microbes found in mud and other unaesthetic regions of the world may help to improve the cosmetic and food industrial processes for creating flavors. This may also help to ensure costs to the manufacturer and the consumer remain reasonable.