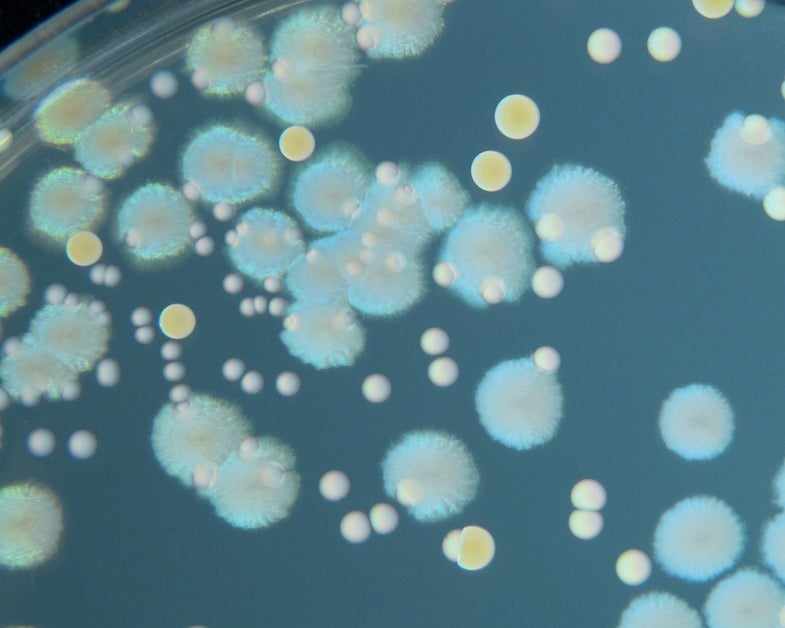 Humans have somewhere around 20,000 genes, and scientists don’t know what most of them do. Even simpler bacterium commonly used in scientific experiments have 4,000 to 5,000 genes. If scientists could figure out the minimum number of genes necessary for life, they reasoned, that is the perfect starting point to determine the functions of those genes.

Now a team led by scientists from the J. Craig Venter Institute in California has synthesized a cell with what they’ve determined is the smallest number of genes necessary for life: 473. Their research, published today in Science, answers a fundamental question in biology, and may soon make a la carte synthetic cells available for medical and industrial applications.

This research builds upon the scientists’ 2010 work in which they created the first self-replicating synthetic bacterium, which had almost twice the number of genetic base pairs as the new cell does. But reaching the lowest number of genes necessary in a cell took longer than they expected.

The researchers had somewhat specific criteria for their new cell: It needed to be self-replicating, and needed to do so fast enough that they could observe it in the lab. Starting with the genetic code from the Mycoplasma mycoides bacteria, the researchers divvied the genes into eight sections that could be assessed independently.

Little by little, the researchers knocked out the genes they suspected to be non-essential. To their surprise, they found a number of genes they called quasi-essential, pairs of genes that typically work in tandem. These genes can still accomplish the same function if just one gene is knocked out, but can’t if both are eliminated. The researchers compared these types of genes to the engines on an airplane—“If you remove the engine on the right wing, the plane can still fly and land, but you don’t know it’s essential until you remove the other one,” said Craig Venter, one of the study authors, in a press conference yesterday.

In the end, the researchers ended up with a cell that had 473 genes, each of which produces RNA or a protein molecule. That’s not the minimum number, they say, but a minimum, since they could have chosen one or the other quasi-essential gene, or changed their parameters to let the cells grow more slowly.

But even from this minimum number, the researchers still don’t know the function of about a third of those genes. That shows them that scientists still have a lot more to learn about the fundamentals of biology, which could shed light on our understanding of evolution and someday help treat genetic diseases.

In the future, the researchers plan to investigate further into those poorly understood genes. They also plan to soon offer synthetic cells on demand, using their basic cell as a simpler chassis to create cells that could be used to help edit pig genomes to make their organs transplantable in humans, or to concoct new antibacterial compounds, or to help them adapt to a specific environment.

It’s a bit of a stretch to think that this understanding can help us directly treat diseases lurking in the human genome. But as scientists work to understand the basic function of more genes, it could be possible in the distant future. “This is the start of a new era, but it won’t happen overnight,” Venter said.