Should people stop freaking out about genetic privacy and let life-saving innovation happen? 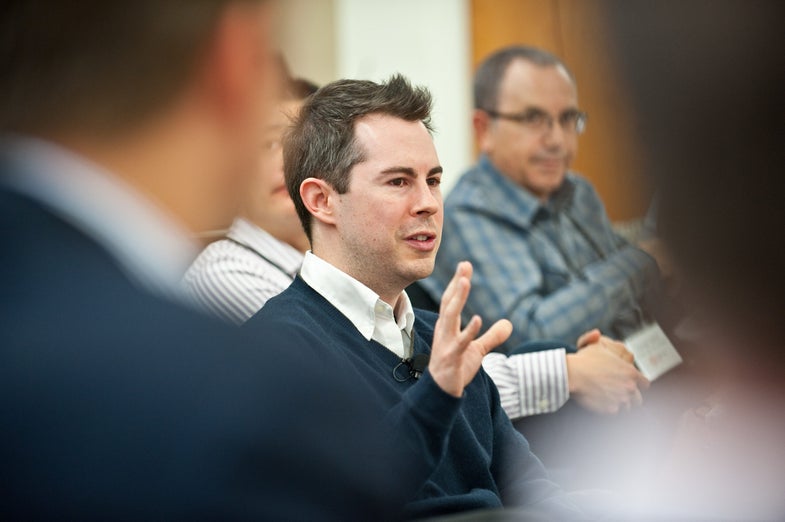 If you’re worried about the privacy of your genetic data, you’re standing in the way of technological breakthroughs that could drastically extend the human lifespan, according to Bill Maris, the CEO of Google Ventures. Maris founded Calico, a biotech company established by Google in 2013 that is waging war on aging.

“If we each keep our genetic information secret, then we’re all going to die,” Maris said onstage yesterday at the Wall Street Journal tech conference in California, as Bloomberg reports.

We leave our DNA everywhere we go, Maris points out. And he’s right about that—whether it’s a stray hair left on the floor, or saliva remnants on your used coffee cup, DNA-carrying cells are leaving a trail wherever you go. Someone who wanted that information could retrieve it fairly easily. “What are you worried about?” Maris asks skeptics.

It’s important to note that extracting your DNA from stuff on the street isn’t quite as easy as Maris says. DNA evidence, for example, is not very reliable.

But it’s understandable that individuals might be wary to share their DNA. People are concerned that the blueprints to their bodies and minds could be sold to the highest bidder, or that this information that they might not completely understand could be used against them by big corporations—maybe a risk for some future disease could cause insurers to reject claims for their medical treatment, for example.

Maris isn’t the only one calling for less genetic privacy. Biotech companies and government research organizations desperately need more DNA in order to better understand what kinds of mutations cause or ward off disease. With that understanding, scientists hope they can find a way to better treat illnesses and extend human life. Maris has previously claimed that research, like that going on at Google Ventures, can extend the human lifespan to 500 years. When asked about that comment yesterday, he added that 500 years is a “conservative” estimate.

“The reality is, the technology exists now to extend life and have people live healthier, happier lives,” Maris said. He emphasized the need to fund genetic innovations over the desire to build flying cars, for example, as well as the obligation to share this life-extending technology with the rest of the world. He called it the “redistribution of health.” From a research perspective, his point is well taken—collecting more DNA from diverse populations might mean that medical breakthroughs are right around the corner.