And most are using it recreationally 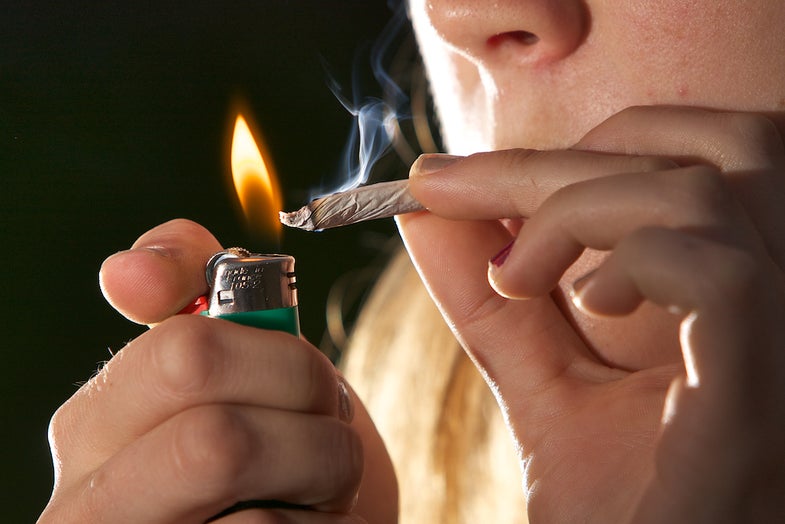 If you’re an adult who has smoked marijuana in the past year, you’re one of about 30 million Americans who has done so, according to a new survey by the National Institute on Alcohol Abuse and Alcoholism (NIAAA) that was published yesterday in JAMA Psychiatry. That number has doubled since the last survey in 2001-2002; then, only 4.1 percent of those surveyed had smoked in the last year, and now it has risen to 9.5 percent. The percent of people using marijuana to treat medical disorders has also risen in that period, from 1.5 to 2.9 percent of those surveyed.

It’s probably not surprising that so many people are smoking pot. In the past decade, public perception of marijuana use has shifted—more people are in favor of legalization, and, according to one Pew survey, 69 percent of people think alcohol is more damaging to a person’s health than pot. Legislation has followed—23 states have loosened their restrictions on marijuana use, most within the past five years. Several marijuana-centric online publications have sprung up, most recently Snoop Dogg’s merryjane.com.

But there’s a dark side: more people meet the criteria for a marijuana use disorder–a psychological addiction similar to other substances, “although the long-term clinical outcomes may be less severe,” according to drugabuse.gov. Marijuana smokers aged 18-29 are at highest risk for the disorder. “Given changing laws and attitudes toward marijuana, a balanced presentation of the likelihood of adverse consequences of marijuana use to policy makers, professionals, and the public is needed,” the study authors write.

It’s important to note that the study’s findings were based on participants’ self-reports. And though the sample size was large (with more than 36,000 participants in the most recent survey), self-reports about drug use can be influenced by public perception. So participants might have felt less inclined to be honest about their drug use in the first survey, which would throw off the calculated increase in marijuana use. Either way, the people who use marijuana most heavily should be reminded that even mary jane can have some addictive qualities.