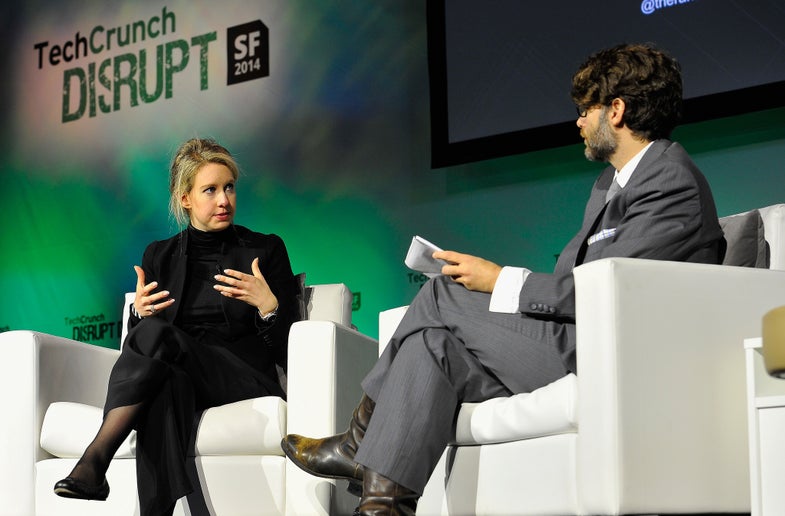 It hasn’t been a good month for healthcare company Theranos. The $9 billion startup claims to be able to test the molecules in patients’ blood to diagnose illnesses such as herpes or diabetes–a process they hope will replace typical tests by using just a tiny amount of blood taken from a finger prick. But a few weeks ago, The Wall Street Journal published several stories questioning the accuracy and efficacy of the Nanotainers, claims that Theranos representatives have vehemently refuted. Now the Food and Drug Administration (FDA) has published reports after its surprise inspections to Theranos’ facilities, which concluded last month.

Theranos’ claim to fame is its Nanotainer, a tiny vial that holds blood samples that can be analyzed using a proprietary device called the Edison as well as traditional blood analysis technology. The Nanotainers have been registered with the FDA as a Class I medical device. Devices in this category are considered low risk to consumers, so they are loosely regulated and generally don’t require FDA approval before hitting the market. When FDA inspectors looked at Theranos’ facilities, they determined (in a detailed letter to Theranos President and COO, Ramesh Balwani) that the Nanotainers should in fact be Class II medical devices because they are shipped across state lines and should thus be subject to more regulatory control.

The second FDA letter had to do with how it was testing the samples. Since Theranos doesn’t sell its Edison machines to other labs, the company doesn’t need FDA approval to use them, as the WSJ points out. But for the sake of transparency, Theranos has sought FDA approval. Upon inspection, however, the FDA took issue with the company’s quality control measures and how it had addressed customer complaints.

Theranos is currently using the Nanotainers to test for herpes, which the FDA had approved in July. The WSJ claimed that the company had stopped using the tiny vials due to FDA pressure, but Theranos says the decision was voluntary.

The reports note that Theranos fixed or promised to fix all of the problematic “observations” made by the investigators. Even so, it’s not great timing for the company whose technology was so recently called into question; in light of the WSJ’s investigation, drugstore chain Walgreens, which has partnered with Theranos to build “wellness centers” at 41 of its stores in Arizona and California, says it won’t build any more until questions about the technology have been resolved.