It pays to study real-life X-Men 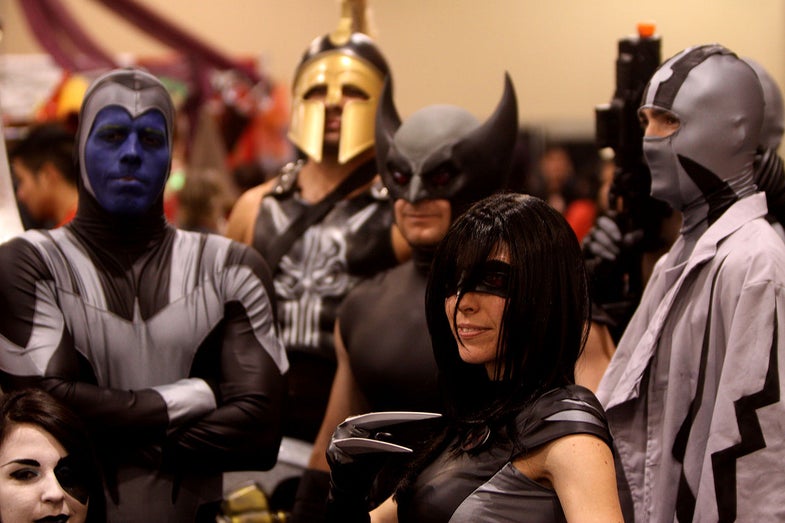 Steven Pete can’t feel pain. Timothy Dreyer has bones several times thicker than the average human. Both conditions were caused by a combination of genetic mutations. While both conditions have negatively impacted the men’s health at various points in their lives, researchers at pharmaceutical companies are paying through the roof to have access to their DNA, and that of others like them. If the researchers can develop drugs that mimic the effects of the mutations, they may be able to create treatments to solve some of the most challenging disorders, according to an article published today in Bloomberg.

Take, for example, the pharmaceutical company Amgen. By looking at the effects of Dreyer’s thick-bone mutation, they reasoned, they could find a treatment for osteoporosis. People with sclerosteosis, the condition that results from high bone density, are missing a protein that inhibits how thick bones can grow. So the researchers tried hundreds of antibodies over several years to develop a drug that blocks the protein in osteoporosis patients to help their bones grow thicker, reversing the effects of the disease. They tested the drug on mice that went into space (where bones usually lose density) and it worked well–the mice that were given the drug gained bone mineral density while those who were not lost it. Now they are in the final stages of human trials that seem similarly promising.

Genentech has also used genetic information from patients who can’t feel pain to create better painkillers–a market worth $18 billion per year, Bloomberg notes. Some painkillers are addictive, have dangerous side effects, or aren’t potent enough to deal with severe pain, so finding one that stops regulating a sodium channel that Pete’s genes don’t regulate could allow Genentech to create a more perfect painkiller.

For patients like Pete and Dreyer, pharmaceutical companies aren’t creating treatments to reduce the negative effects of their mutations. From an economic perspective, this makes sense–millions of people have osteoporosis, for example, but just 100 patients have sclerosteosis, and the market is just too small. But some patients with these sorts of mutations still offer their genetic information, in exchange for a fair amount of money, and often in the hope that others can still benefit.