Branch-Like Dendrites Function As Mini-Computers In The Brain 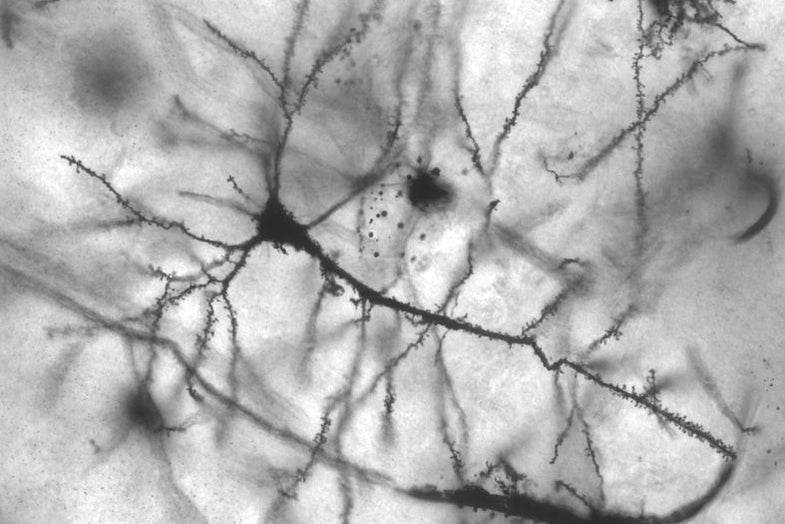 A new paper in Nature suggests that we’ve been thinking about neurons all wrong. Namely, it suggests that dendrites, the tree-like branches of wiring that extend out from the soma, or cell body, aren’t just passive information relayers, but are active “mini-computers” that process information. 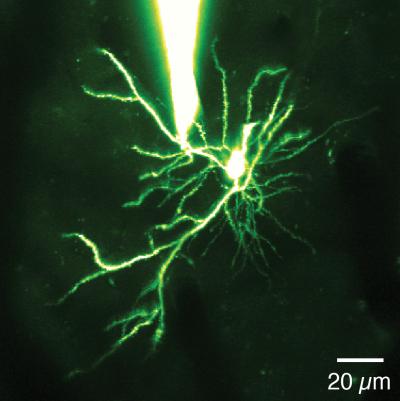 Researchers from University College London, the University of North Carolina School of Medicine found that in response to visual stimuli, dendrites fired electrical signals in the brains of mice. The spikes only occurred in the dendrite, not in the rest of the neuron, suggesting that the dendrite itself was doing the processing.

“All the data pointed to the same conclusion,” lead author Spencer Smith, an assistant professor of neuroscience and engineering at the University of North Carolina at Chapel Hill, said in a statement. “The dendrites are not passive integrators of sensory-driven input; they seem to be a computational unit as well.”

This multiplies the brain’s processing power. It’s the equivalent of finding out a bunch of wiring was really a set of transistors, according to Smith. The discovery could give us new insight into how the brain is wired.

The study appears in Nature this week.