The most common misconceptions, debunked

Let me Google that for you. 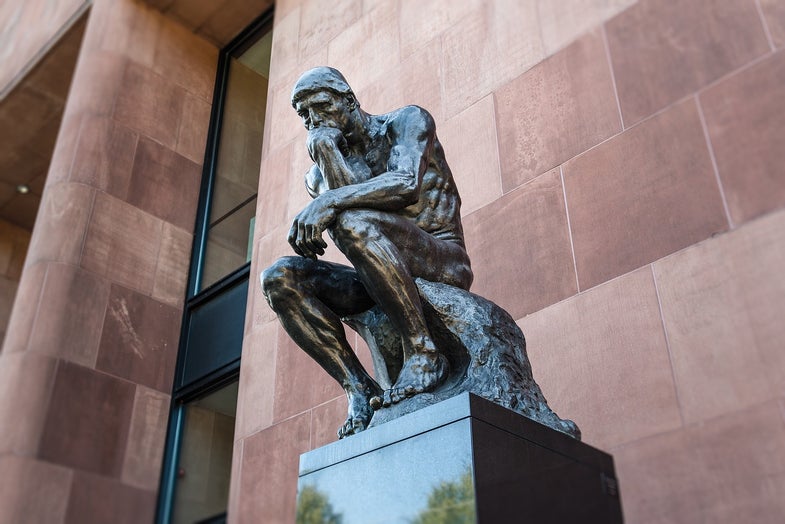 That unassuming search bar offers the answers to so many questions, all without the judgment we risk when asking our know-it-all friends. As such, we ­unwittingly confess our deepest misunderstandings to the ­omniscient ­engine almost every day. Don’t worry: You are not alone in your ignorance. We mined the internet to find those truisms so many of us are embarrassed to learn are false, then dug up counts on corresponding Google searches. These are our greatest myths, verified by the volumes of compatriots who also seek an answer to that eternal question: Does a duck’s quack echo?

Many teachers believe each of us has an optimal learning style (visual, auditory, etc.), but neuroscientists disagree. Preferences exist, but you don’t absorb less information just because you dislike the delivery.

Headlines often reference genes that influence our health and personality, among other things. But genes encode recipes for proteins—not traits. It (usually) takes more than one hereditary unit to do anything.

148,010 people think folks are either left- or right-brained

Patients with their brains split in half made it seem to doctors as if the left hemisphere handled most logic and the right dealt in artistry. But both creativity and reason are found throughout the organ—in all of us.

58,610 people think you can see the Great Wall from space

Bridges, city lights, and airports make the list of actual man-made objects that astronauts on the International Space Station can see unassisted. The Great Wall, however, actually blends in too much.

Research based on captive animals’ social structures produced the concept of a steadfast alpha, but biologists disproved that notion in the ’90s. Wild wolf packs, in fact, resemble families, not monarchies.

32,340 people think poinsettias are toxic to humans and cats

30,600 think humans have only five senses

28,540 think ostriches stick their head in the sand