Replace Your Eyeballs With Synthetic Ones

Vision would no longer have to be #nofilter 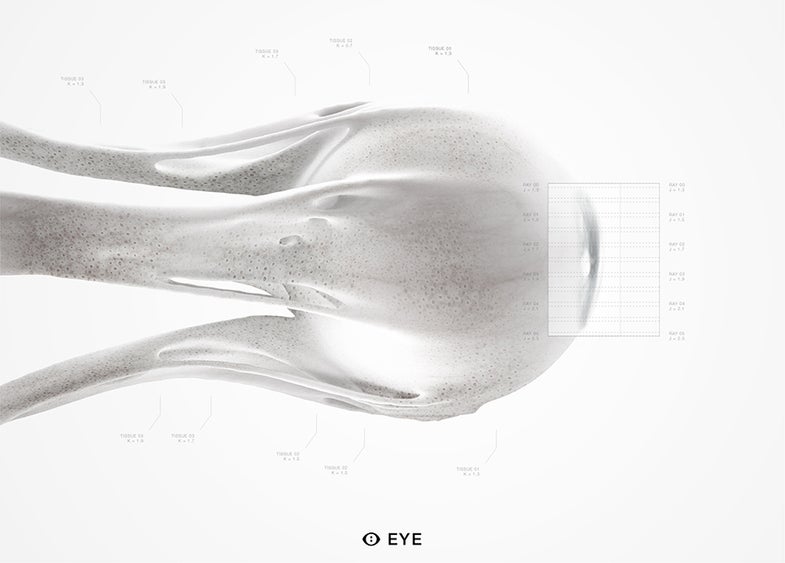 Our eyes are such elegant, complex, specialized organs that their existence seems almost hard to believe–Darwin himself called their evolution “absurd.” But that doesn’t mean they’re perfect; eyes sometimes don’t focus correctly, they break down over time, and they can be extremely painful if infected, irritated, or exposed to light that’s too bright. Italian design firm MHOX has an ambitious idea: to improve human eyes by making synthetic replacements.

“Developments in bioprinting and biohacking let us imagine that in the near future it would be possible to easily print organic, functional body parts, allowing the human to replace defected districts or enhance standard performance,” lead designer Filippo Nassetti told Dezeen.

The concept, called Enhance Your Eye (EYE, of course), would entail a 3D bioprinter, which uses a needle to drop different types of cells into the appropriate alignment and structure. Bioprinters can already make organs such as ears, blood vessels, and kidneys, but eyes remain elusive because of their complexity. 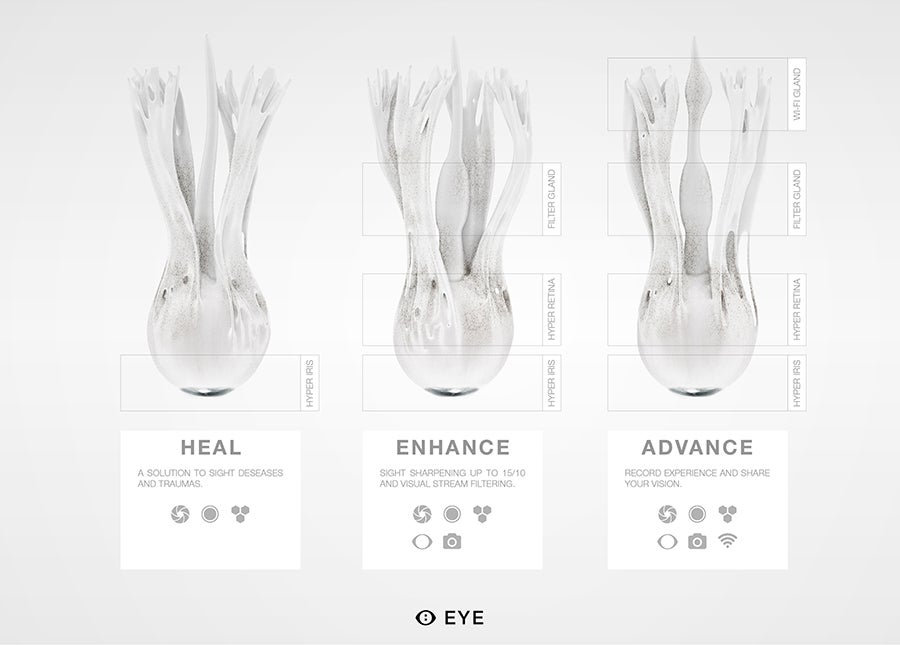 The way Nassetti envisions it, users could choose between three different types of synthetic EYEs: Heal, Enhance, and Advance. The first is a synthetic eye that basically works just like a natural one and could serve as a replacement for people with diseases or traumas that would otherwise be blind. EYE Enhance seeks to improve the eye’s natural functions by improving vision to 15/20 and enabling filters on vision like those on photo apps (such as vintage, black and white). To turn on or change the filter, a user can take a pill. The third type, Advance, has additional glands to capture or record what a person is seeing, as well as a Wi-Fi connection to share those images.

In order to use an EYE system, people would need to get their natural eyes surgically removed and replaced with the Deck, a sort of artificial retina that connects to the brain and would allow users to plug in different eyeballs at will.

The designers behind EYE predict that the product will be on the market in early 2027, but they haven’t released any information about what the Deck looks like or how the system actually looks in a person. (It’s one thing if it looks natural, it’s quite another if the Deck sticks out and makes people look like mutant cyborgs.) And though 3D bioprinting is advancing quickly, making an eye might prove more challenging than anticipated. As exciting as EYE seems to be, it’s important to note that there may be a number of hurdles that come up in the interim years that make the system less desirable–or even impossible–to use.