How to stream music all around your house

Bring the tunes upstairs and downstairs. 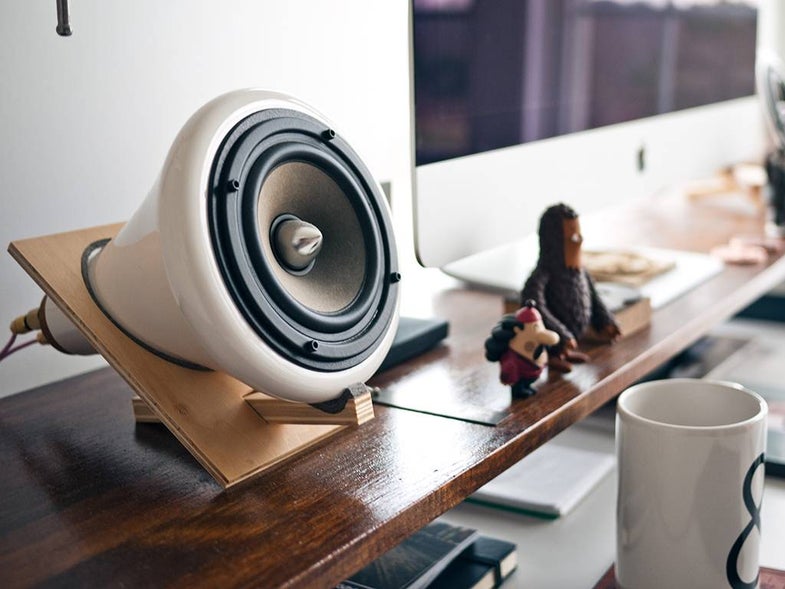 Thanks to the wonders of Wi-Fi and Bluetooth, getting your tunes pumping in every room of the house no longer has to be a complicated or expensive process. If you want home-filling audio, you’ve got a variety of choices when it comes to hardware and technology—and we’ll lay them out here.

This is not an exhaustive list, but these are some of the most popular and least expensive options worth considering. You’ve also got the option to combine some of these speaker setups together, so you don’t need to feel locked into one system or provider.

Sonos is generally considered to be the gold standard in terms of wireless home audio, offering a range of excellent-sounding speakers that can work independently or as a group. What makes Sonos systems such a breeze to use is that these speakers connect directly to your router and the web—they’re always ready to play, so they don’t require a tedious connection process every time you want to play some tracks.

That said, the music is controlled via apps on your phone or computer, but you can seamlessly jump between them as needed. Supporting music services include Spotify, Google Play Music, Apple Music, Amazon Music, Deezer, Microsoft Groove and many more. It can also play music you’ve got stored on your computers, phones or tablets as well.

To add to the appeal, the Sonos app lets you associate speakers with the rooms they’re in, so you can seamlessly pick up your listening as you move from the kitchen to the living room, or have different tunes playing in different bedrooms. Sonos systems are simple to set up and sound great, but the tradeoff comes in the high price tags, which can push the cost of whole-house setup well over $1,000.

Bose has its own Sonos rival in the form of the SoundTouch speaker system, and a lot of the features are the same across the two platforms. The Bose kit can tap into services such as Spotify, Deezer and Amazon Music straight from the web, but (unlike Sonos) the speakers can also be connected to via Bluetooth if that’s what you prefer. That’s a plus if you have guests over who want to stream music from their devices.

The SoundTouch apps are available for computers and mobile devices, like the Sonos ones, and again you can assign your speakers to separate rooms and have different playlists on the go in each. All of the products in the SoundTouch lineup can be controlled through the app and integrated into a system, so expanding your audio arsenal in the future is straightforward, albeit a little on the pricey side.

It’s fair to say that Google Home is a smart speaker first and a music speaker second, but the audio it pumps out is pretty decent, if not quite up to the level of Sonos and Bose. Google Home comes with Google Cast built-in, which is Google’s Chromecast-style tech for wirelessly beaming audio from phone apps and other sources to compatible speakers.

That means you can either ask the Google Assistant directly to play you some music, or cast it across through the apps for Google Play Music, Spotify, Deezer, Plex, TuneIn and many more. Of course the Google Assistant can read out your calendar and warn you about the traffic as well, so it’s a more versatile solution than the Sonos and Bose options.

It largely depends if you value audio quality or a smart assistant more. Bluetooth support has just been added to Google Home to give you another option, as has multi-user support, and if you buy more than one Google Home speaker you can set them up in different rooms with different playlists streaming, or join speakers together as a group.

Like Google Home, the Amazon Echo gives you a trade-off: The audio quality isn’t as top-notch as it is on other products (though it’s not bad), but you do have a smart assistant to talk to with a list of commands that runs into the thousands. You also have the option of buying an Echo Dot to add some extra smarts to the speakers you’ve already got installed.

In terms of music support, the big ones that the Echo works with directly (via an Alexa command) are Spotify, TuneIn and of course Amazon Music. However, as the Echo is equipped with Bluetooth, you can basically stream audio from any app on your phone or tablet to the Echo. It’s not the most elegant of solutions, but it works perfectly well.

Unfortunately you don’t get true multi-room support with the Echo, the kind where you can group Echos together or associate them with a room. That said, nothing is stopping you from buying several Echos and sticking them in different rooms — it’s just that you don’t get any house-wide syncing or organizing, though that could feasibly be a feature that’s added later.

The Apple HomePod is the newcomer to the party, and as it doesn’t launch until December 2017 we can’t tell you much about it except what Apple has told us. On paper, it looks like a stylish mix of Sonos-style audio quality and a built-in smart assistant app, though it’s priced to match—the starting cost is significantly higher when compared with rival devices.

The HomePod can adjust its sound output to the room and position it’s been placed in, and can automatically link to another HomePod in the same room, Apple promises. On top of that, the new generation of Apple’s wireless audio technology, AirPlay 2, lets you listen through multiple HomePods in multiple rooms, if you’ve got the cash to afford several.

This being Apple though, the HomePod only works with Apple Music, and you’ve got no Bluetooth streaming to fall back on either. If you only use Apple-compatible kit then the HomePod and AirPlay 2 (and indeed AirPlay 1) will be a great solution for multi-room streaming, but everyone else is likely to find the music restrictions rather limiting.

The HomePod will cost $349 direct from Apple.