Jailbreak Your iPhone For New Functions in the Notification Center 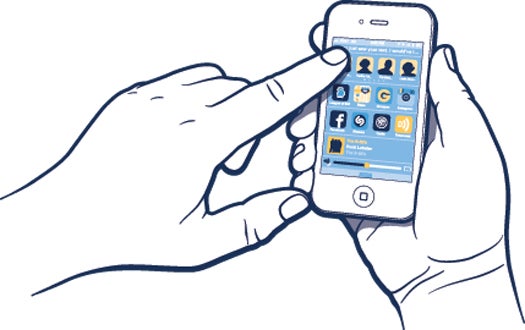 Jailbreaking—altering an iPhone or iPad’s firmware to access unlicensed apps—became less useful as Apple released more feature-rich iOS updates. But now developers have come up with a new reason to jailbreak iDevices: They’ve enabled users to add settings, music controls and more to Notification Center, iOS 5’s drop-down information panel. That puts a huge amount of functionality in one convenient location, with only a five-minute tweak. Here’s a look at the best new features and how to get them.

Hackers usually develop a jailbreak a month or two after Apple releases a new version of iOS.
At press time, a jailbreak was available for the most recent iOS version, 5.1.1, but iOS 6 is scheduled for release this fall. For the latest jailbreak instructions, vist Lifehacker.

All the Notification Center tweaks are on Cydia, the jailbreak app store. After installing them, go into the iPhone or iPad’s Settings menu to enable them in the Notifications section. To avoid having to reinstall jailbreak apps after upgrading to a new version of iOS, download PKGBackup, an $8 app on Cydia that does it automatically.

A. Skip the Navigation

SBSettings has a Notification Center widget that makes it possible to alter frequently used settings, such as screen brightness and airport mode, with a drag and a tap.

AppsCenter adds a scrollable panel to Notification Center for launching favorite apps without returning to the device’s home screen.

B. Get in Touch Quickly

C. Get News and Entertainment

StatusGoogle enables Google searching without the need to open the browser first.

Music Controls Pro shows the song that’s currently playing (on iTunes or other music apps), as well as artist, album art and volume controls in Notification Center. It also gives
the option to stream the audio to any AirPlay-compatible device and lets users pause and navigate through a playlist from the phone’s lock screen.

D. Save Data and Battery Life

WeeTrackData is a handy data meter to help avoid exceeding your plan limits.

WeeKillBackground preserves the battery by closing all the apps the device is running in the background with a single tap.