Worsening droughts could increase arsenic exposure for some Americans

But more testing, more awareness, and simple solutions could help solve the problem. 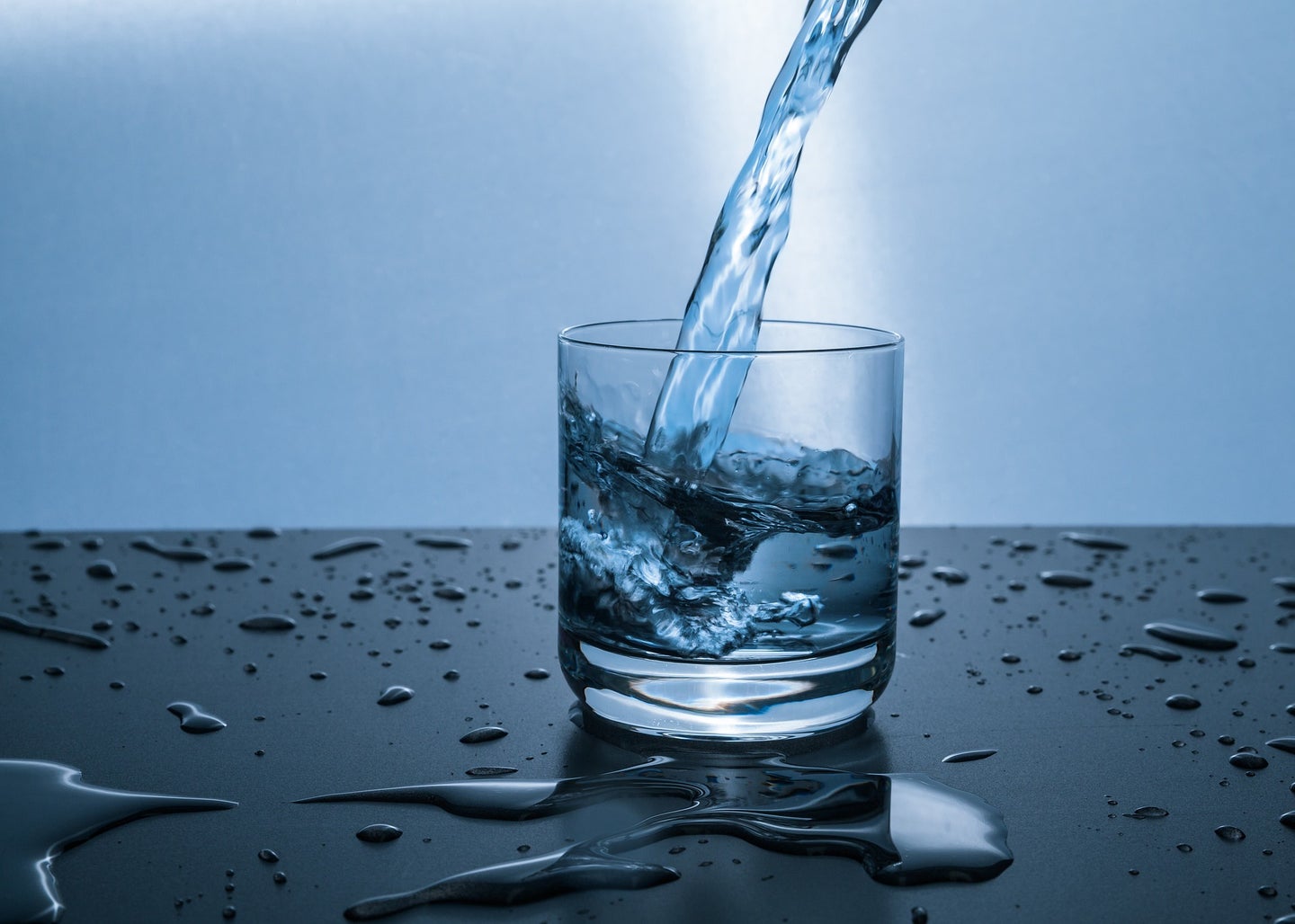 Arsenic in drinking water is odorless, colorless, and tasteless—making it a silent but dangerous common contaminant. Baudolino
SHARE

More than half of the continental US is currently experiencing some level of drought, and about a quarter is in severe drought or worse. In recent years, the western and southwestern US has been in a seemingly continual state of reduced rainfall and snowpack. Droughts have many well-known, potentially catastrophic consequences, from crop failures to water shortages to wildfires. Yet they can also have more direct human health impacts by not only affecting how much water there is, but also the quality of that water.

Recent research from the US Geological Survey (USGS) suggests that droughts, particularly the prolonged kind happening in parts of the US, could increase the risk of harmful arsenic exposure for people that rely on well water.

Hundreds of millions of years ago, the baseline quality of your drinking water may have been set in stone, literally. Arsenic is a common groundwater contaminant, largely because of local geology. In Maine, for instance, the formation of the Appalachian Mountains and volcanic activity came together to concentrate arsenic and other metals into cracks inside the bedrock, explains Sarah Hall, a geologist at College of the Atlantic in Bar Harbor. From those fissures, subtle shifts in acidity, temperature, or water flow rates can draw contaminants out of the rock and into underground aquifers.

And it’s not just Maine. In many parts of New England, the Midwest, and the Southwest arsenic levels above the 10 parts per billion (ppb) federal level are particularly common—posing an especially big problem for families that rely on well water, which can be contaminated without homeowners knowing it.

Arsenic exposure can cause a litany of health issues, including bladder and lung cancers, heart problems, lung infections, immune system depression, and cognitive decline in children, says Bruce Stanton, a molecular physiologist at the Geisel School of Medicine at Dartmouth in New Hampshire.

Municipal water supplies are routinely tested, monitored, and treated for contaminants including arsenic, says Taehyun Roh, an environmental health epidemiologist at Texas A&M University in College Station, Texas. “But in the case of private wells,” he says, “there is no regulation.” Cities, towns, and counties that provide public water are legally required by the Safe Drinking Water Act to make sure their supply meets federal standards. Although there are many documented cases of municipal governments failing in their duty to provide clean, safe water (Roh references Flint, Michigan), the more than 43 million people relying on private wells in the US aren’t protected by federal standards at all. Domestic well water testing and treatment is entirely the responsibility of the individual landowner.

Between 1.5 and 2.9 million people in the US are currently drinking from wells with arsenic concentrations above the federal limit of 10 parts per billion, according to one 2017 estimate from USGS. That number could rise to more than four million during periods of drought, according to a January 2021 USGS study.

The recent research, based on computer models, estimates that drought could increase arsenic levels in wells by an average of 10 percent. “Which doesn’t seem like a lot, but when you take that over the whole country, that impact is actually pretty large,” says Melissa Lombard, lead study author and USGS hydrologist based in Pembroke, New Hampshire. Though she also cautions that her study is the first of its kind and the model is “in its infancy,” says Joseph Ayotte, another USGS hydrologist and study coauthor.

The study offers a couple of explanations for why droughts might increase the risk of arsenic exposure through well water in some areas. During droughts, groundwater levels decrease. This change in volume can cause shifts in water chemistry, like increased acidity. Because metals leaching out of rock is a chemical reaction, changes in water chemistry can speed up the process. Less groundwater also means contaminants already present in the water become more concentrated. So, even if a drought doesn’t change the total amount of dissolved arsenic in a well, every glass of water from that well may contain more.

The USGS research also partially accounted for human responses to drought that might lead to increased exposure in certain regions. During periods of extended drought in California, for instance, surface water is limited and more water is pumped from underground to meet the state’s needs, says Rich Pauloo, a hydrologist studying the issue. Overpumping can cause the land itself to sink, in the process squeezing natural arsenic out of clays and into groundwater used for drinking, according to a 2018 study published in Nature Communications.

Lombard’s study model was based on previously observed drought conditions, but climate change is projected to continue to increase the number and intensity of droughts worldwide.  “By the end of the 21st century, people living under extreme and exceptional drought could more than double,” says Yadu Pokhrel, an environmental engineer at Michigan State University. This means arsenic contamination could become even more rampant in a changing climate.

Further, adverse health effects from arsenic can pop up even at levels of exposure lower than the allowable 10 ppb federal limit, emphasize both Roh and Stanton. “Many scientists think it’s not enough,” Roh says. In one 2017 study in Iowa, he found a correlation between arsenic exposure levels as low as 2.07 ppb and increased prostate cancer risk.

On top of the health risks, arsenic is odorless, colorless, and tasteless, making it impossible to detect without a test until symptoms show up. “It’s not like if you ate a bad clam and that night, you know you ate the bad clam,” says Stanton.

All that undetected exposure adds up and can lead to later-in-life effects, like cancer, he says, even long after someone is no longer drinking contaminated water. Research he’s done in mice and fish also suggests arsenic exposure may have epigenetic effects, which can permanently alter how the genes encoded in our DNA are expressed.

As scary as the health issues might sound though, arsenic in well water is a largely solvable problem. In many cases, all it takes is awareness of the issue, testing, and the resources for remediation. States in high risk areas like Maine, Michigan, and New Mexico have county and state programs that help provide low-cost or free arsenic tests.  Well owners can also pay for private well testing from accredited labs, although these tests can cost upwards of $100. Most states recommend re-testing every three to five years. If you live in a high-risk region and your well tests near the federal limit, though, Hall says you should consider arsenic testing twice per year, as levels can vary seasonally.

Depending on how high your levels are, says Stanton, a simple water filter pitcher could resolve the issue. In his house, “even the dog gets the filtered water.” Although, he adds, high arsenic concentrations—far above the 10 ppb federal limit—can exceed a faucet or pitcher filter’s capacity, and require expensive reverse osmosis systems that can cost thousands. According to Stanton, the preventative cost of reducing exposure is worth it. He references “horror stories of people who are in and out of the hospital multiple times” or become chronically ill and end up with hundreds of thousands of dollars in medical bills.

“You worry about people with low incomes who simply can’t afford it,” says Stanton. People living in rural areas reliant on well water are more likely to be living in poverty, with less disposable income, than those in denser areas on public water. “This has to do with environmental justice,” he adds.

In New England, scientists, community members, and advocacy groups have come together to try to tackle issues of well testing and remediation access. Jane Disney, director of the community environmental health laboratory at Mount Desert Island Biological Laboratory in Bar Harbor, Maine co-runs a community citizen science project with Stanton’s Dartmouth lab. The project, titled “All About Arsenic—Data to Action” enlists middle and high school students in testing their families’ wells for arsenic, covering the cost of testing, while simultaneously teaching the students data literacy skills and creating a platform for youth advocacy.

So far, the project has collected more than 3,000 water samples from around the state and worked with more than 20 schools. Students from the project have recently teamed up with Defend Our Health, an environmental health advocacy organization based in Portland, Maine. The group is campaigning to expand testing resources across multiple states, mandate landlords disclose well testing information, and strengthen Maine’s drinking water standards. In Texas, Roh is in the early stages of a similar community testing program, which adds urine and toenail sample collection along with tap water testing. These biological samples can show if participants actually have detectable arsenic levels in their bodies. In exchange for participating, Roh says, people will receive a water filter to put on their tap.

Hopefully, increased awareness, research, and testing leads to change and resilience in the face of current and future droughts—but it will take persistence. In her work studying arsenic in well water, Hall says she’s encountered some resistance to the idea of testing and treatment. “There’s this idyllic version of rural life where it’s like, ‘oh, we’re living off the land and drinking our water.’” People imagine that water to be as pure and natural as the bucolic landscape, but ultimately, Hall cautions, “there’s nothing [natural] about drilling 100 to 600 foot well into rock and sucking water out of it.”