How to become a Lego master builder

The guy Lego pays to play 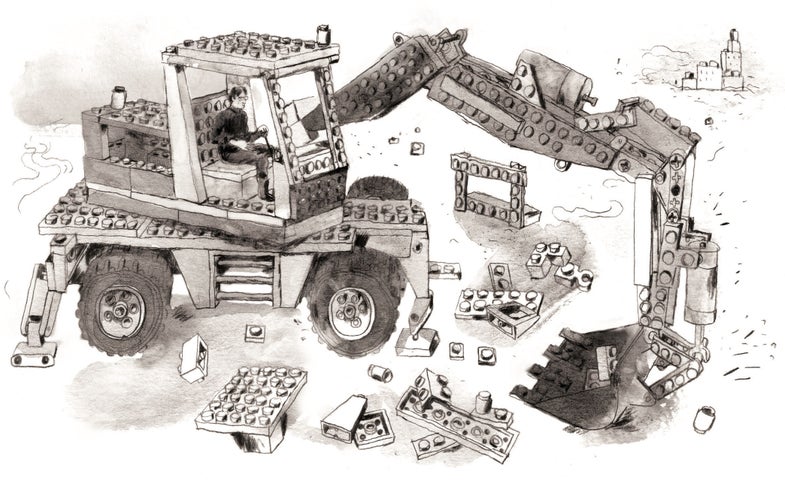 When we spoke to Erik Varszegi in January, he’d just finished building a Batmobile. A 17-foot-long, 7-foot-tall Batmobile. “It was so big, we almost couldn’t get it out the door,” says the Lego master builder. That’s child’s play compared with the life-size Star Wars X-wing fighter he and colleagues crafted in 2013. With 5.3 million plastic bricks, weighing nearly 46,000 pounds and spreading into a 43-foot wingspan, it’s the world’s second largest Lego sculpture.

Varszegi, who jokes that his job is to “play with toys all day,” is one of just seven artists that Lego pays to design its head-snapping creations for splashy public events and flagship retail ­displays. Here’s how to construct your own career in Lego mastery:

Before you can break rules, you have to learn the rules: Buy a Lego kit and follow the instructions. “The designers are always coming up with new ways to put the bricks together,” Varszegi says. “You can learn a lot from that.” Then knock it down and create something totally radical.

Step 2: Start at the Bottom

Lego hired Varszegi 22 years ago to glue store display models together. He sometimes assembled the same set hundreds of times. Even toys can get tedious.

This is apprentice stuff. While the boss free-builds imaginative creations, you’re still following his prototype blueprints—at least on company time. Varszegi used his breaks to sculpt models that made him stand out.

You did it: Lego’s so impressed that they’ll let you design your own giant builds. Just don’t get lazy. “I’m still learning,” says Varszegi. “There’ll always be a new piece, new colors—and endless ways to put them together.”