You probably still can't solve it 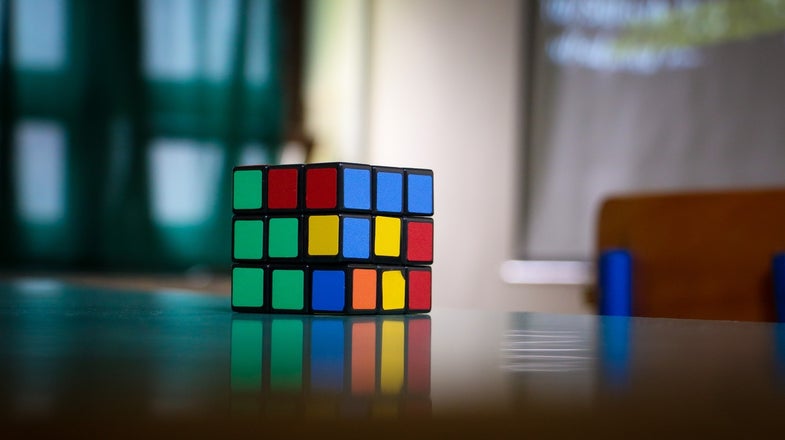 The year was 1974. Steve Miller Band’s The Joker was on the FM dial and Mohammed Ali had trounced George Forman to regain his heavyweight title in the much hyped (if questionably named) Rumble in the Jungle. Inflation had reached double digit highs, gasoline was in short supply, President Richard Nixon stepped down in the wake of the Watergate Scandal, and a 29-year-old Hungarian architect by the name of Ernö Rubik had finally figured out how he could take a block made of smaller blocks and get the smaller cubes to move without causing the whole structure to fall apart. And thus, the Rubik’s cube, which would eventually go on to delight and torment millions, was born.

Ostensible a toy, Rubik’s cube has since been the subject of everything from high school math class experiments to serious research in computer science. This week, students at the University of Michigan did Rubik one better, building the world’s largest freestanding cube and overcoming a design challenge not too dissimilar from Rubik’s original quandry—how to get the cubes to spin. Check it out:

You can’t just scale up a standard Rubik’s cube, because friction increases along with size. And a cube of this magnitude doesn’t exactly fit in one’s hand—they had to figure out how people could grip the cubes to actually move them. It took two teams of mechanical engineering students (and one incredibly tolerant advisor) three years to overcome the twin problems of friction and grip. And by the looks of it, it was worth it.