Toxin-Secreting Stem Cells May Destroy Brain Tumors From Inside Out

Poisoning cancer from within 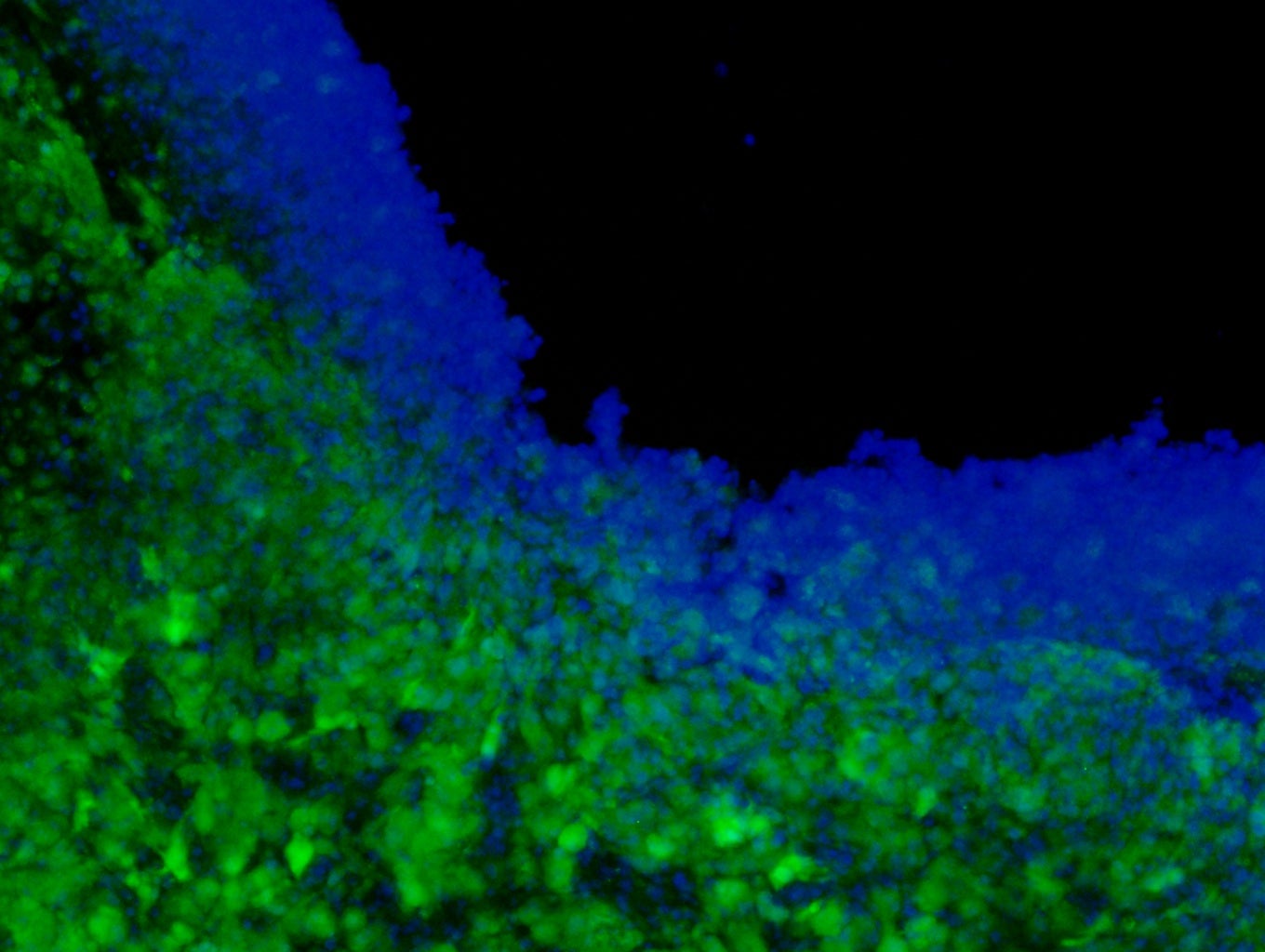 In the realm of cancerous diseases, tumors affecting the brain can be particularly difficult to cure. Many are fast moving and take hold of key sections of the body’s most fundamental organ, rendering surgical removal extremely difficult or impossible.

Now, researchers at Harvard Stem Cell Institute have come up with a new method for battling these deadly brain tumors — by taking them apart from the inside out. In a new study, the scientists have engineered stem cells to secrete cancer-killing cytotoxins that degrade the tumor from within its core.

Cytotoxins are poisonous to all living cells, but for the past couple of decades, doctors have figured out ways to alter them so that they only target specific tumor cells. Essentially the cytotoxins will only enter cancer cells with specific surface molecules. Then, once inside the cancer cell, the cytotoxin shuts down protein production, causing the cell to die.

Against certain kinds of blood cancers, cytotoxins are pretty successful. But when it comes to defeating solid tumors, especially those in the brain, these poisons don’t always measure up. “Many of these drugs have a short half-life, there’s inadequate distribution throughout the tumor, plus delivery to the brain is difficult because of the existing blood brain barrier,” Dr. Khalid Shah, neuroscientists and lead researcher on the study, tells Popular Science. This means that simply injecting cytotoxins into the body won’t cut it for killing brain tumors, and efforts to inject cytotoxins directly into brain tumors have failed in the past.

So Shah came up with a better form of delivery for the cytotoxins: packaging them within stem cells. His research team engineered stem cells to act like little toxin factories, constantly secreting cytotoxins over time. This solves the issue surrounding cytotoxins’ short lifespans, as the stem cells are continuously secreting therapeutic toxins. By placing these stem cells directly within a tumor, they eat away at the cancer cells from within.

Once inside the cancer cell, the cytotoxin shuts down protein production, causing the cell to die.

But in order for their drug delivery system to work, Shah needed to make sure the cytotoxins didn’t destroy their stem cell hosts first. He and his team made the cells with a mutation that stops the toxins from acting within the cell. Additionally, an extra piece of genetic code allows the toxin-resistant stem cells to make and secrete the poisons.

And then to top it all off, the cytotoxins were programmed to target cells with either epidermal growth factor receptors (EGFR) or interleukin-13 receptor alpha 2 (IL13RA2); EGFR is a common receptor found in most tumors, and IL13RA2 is found in many brain tumors.

To test their stem cells’ cancer-killing abilities, the researchers used them to treat brain tumors in mice. “Around 70 to 75 percent of patients who have a grade-4 brain tumor, they get operated on,” says Shah. “Their tumor is partially removed, so we have mimicked the same thing in mice.” Once part of the tumor was taken out, the researchers placed the stem cells in a biodegradable gel inside the resulting cavity. They then tracked the stem cells as they released their toxins, stopping protein synthesis in the cancer cells. Overall the toxins killed the cancer cells and prolonged the overall survival of the mice.

Shah and his team have already developed a similar method for killing cancers, by loading up stem cells with cancer-killing herpes viruses. Now they are seeking FDA approval for their technique. In the future, Shah says the cytotoxins could be altered to target different types of cancer receptors, in order to make treatments more personalized. “It varies from tumor to tumor. These receptors might work better for brain tumors, but not so good for others,” says Shah. “It’s all target based.”

The researchers published their work in the journal Stem Cells.