A Drug Meant For Narcolepsy Can Boost Brain Function

In addition to keeping you awake 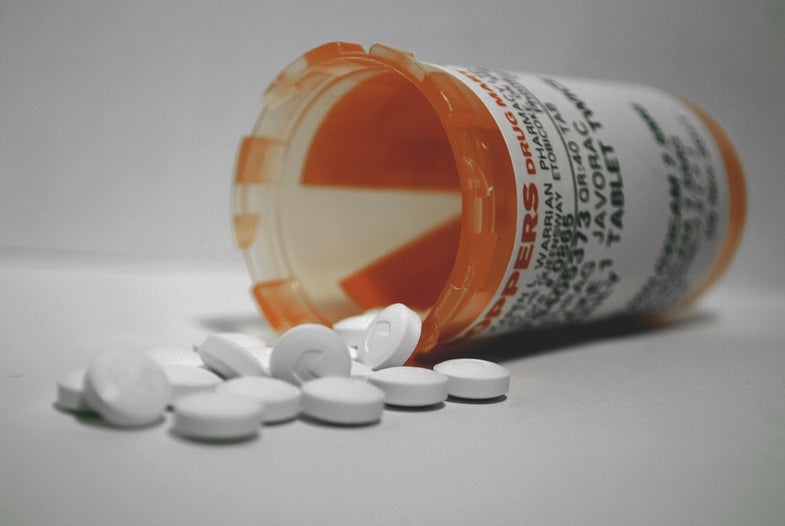 In 1998, the Food and Drug Administration (FDA) approved the drug modafinil as a treatment for narcolepsy, a condition in which the brain has trouble regulating its sleep-wake cycle that results in sudden “sleep attacks” where a person falls asleep at unwanted or inappropriate times. In the years since, modafinil has become popular for another, off-label use: to boost a person’s cognitive abilities—an effect that hadn’t been thoroughly studied by scientists. Now a team of researchers has reviewed the literature to find that modafinil does, in fact, increase a number of important activities in the brain, according to a study published yesterday in the journal European Neuropsychopharmacology. This finding, however, doesn’t ensure that your doctor will prescribe it to you to help you cram for an exam.

Scientists still aren’t sure exactly how modafinil works, though past studies have found that the drug increases the levels of the neurotransmitters, histamine and orexin, both of which regulate sleep and wake cycles. It also elevates levels of serotonin (which affects mood) and glutamate (which helps to excite brain cells).

These chemical changes make modafinil effective at treating narcolepsy, but it also has some unintended effects on other brain functions. It makes the patient more attentive, a better learner, and more adept at “higher level” tasks that involve executive function and require inputs from several simpler brain functions, according to a press release. This is similar to how some ADHD medications, like Adderall, work, though they increase the activity of other neurotransmitters, norepinephrine and dopamine.

The researchers reviewed 24 studies about modafinil’s effects on cognition that were published between 1990 and 2014 and found that modafinil did, indeed, provide a boost in tasks that require, “planning and decision making, flexibility, learning and memory, and creativity,” the press release states. It didn’t have a significant effect on working memory (how the brain temporarily stores information). Plus, the drug had very few serious side effects, making it a strong candidate to be a bona fide “smart pill.”

The researchers were quick to point out that these findings don’t mean that modafinil is now approved as a cognitive enhancement—that decision is up to government regulatory bodies like the FDA. But their conclusions may encourage modafinil’s manufacturer to apply for the drug to be prescribed for this use. They also note that any cognitive enhancement comes with “ethical considerations” that would be important to explore in future studies.