Scientific proof that love is a sweet, sweet thing 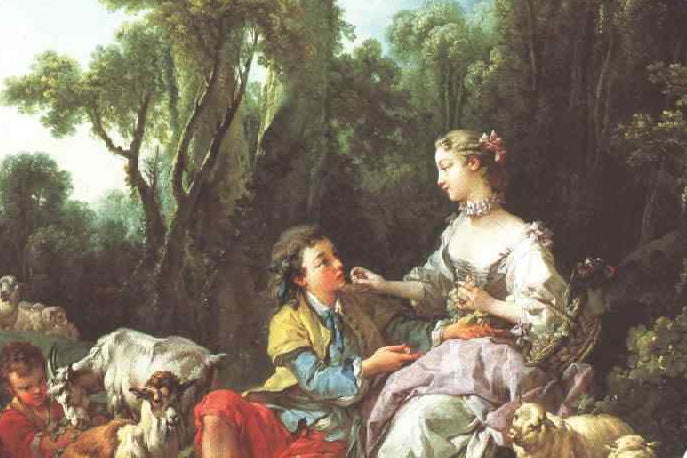 A little lovin’ may make your dessert more delicious, according to a recent series of experiments from the University of Singapore. Not only do we correlate the word love with sweetness, but thinking about romance might make us perceive the things we eat and drink as sweeter, too.

The first experiment asked participants to rate how emotions like love and jealousy related to different tastes, like sweet, spicy, sour, bitter, and salty. In a second experiment, subjects thought about an open-ended question—”If love were a taste, what would it be?”—and wrote down at least two answers.

People who wrote about love rated their samples as sweeter

Then, a new group of people were primed to feel either love or jealousy before eating sweet and sour candy and bittersweet chocolate samples. Some were asked to write about a personal experience with romantic love, while others were asked to write about experiencing romantic jealousy, and the control group wrote what were probably some really boring essays on landmarks in Singapore. Then they rated the taste of their treats. People who wrote about love rated their samples as sweeter than the jealousy or landmark groups. The jealousy group didn’t find their candy as any more bitter or sour, despite the correlation in the questionnaires in the first tests.

Next, yet another group of people were brought in to taste a “new product” that was actually just distilled water. Again, some had been primed by writing about love, some about jealousy, and others about a control subject—this time happiness. (None of the participants wrote about love making them happy, thankfully.) Thinking about love made the plain, distilled water seem sweeter than thinking about jealousy or happiness.

Why? The researchers hypothesize that it could have to do with the shared neural reward circuitry associated with experiencing both love and sweetness. Studies have found the anterior cingulate cortex, a brain region which plays a role in anticipating reward, is activated by looking at pictures of romantic partners and by tasting sugar. “Therefore, it is possible that when one experiences love, the anterior cingulate cortex would activate representations associated with sweetness, thereby eliciting sweetness sensations even without actual sweetness input from an external source,” the researchers write.

So, too bad for lonely! Doomed to die alone AND miss out on a whole new world of deliciousness. Rough.

The study appears in the journal Emotion.