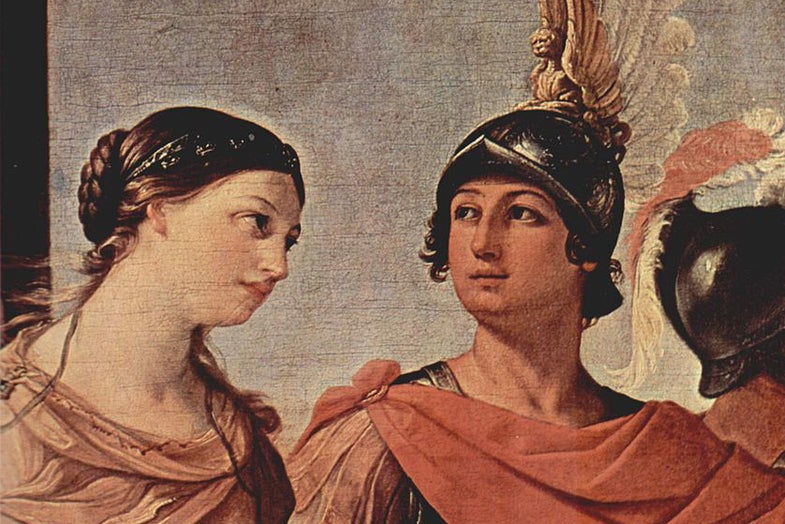 Here’s a lesson straight out of my high school speech class: When making an argument, make eye contact with your audience. Connect with people. Stare deeply into the depths of their soul and convince them you’re right. Except new research suggests that that might be exactly the opposite of what you want to do to be persuasive.

According to a study from the University of British Columbia, the University of Freiburg in Germany and the Harvard Kennedy school, locking eyes with someone discussing controversial views actually made the listener less likely to be persuaded by the speaker’s argument.

In one experiment, this study used remote eye-tracking to record where the subjects (20 university students working for course credit) were looking as they watched several videos featuring people talking about controversial issues like assisted suicide, factory farming and nuclear energy. After each video, the participants were asked about their attitudes toward the arguments made in the video and how they felt about the viewpoints expressed by the speaker. The researchers found that subjects spent more time looking into the eyes of the speaker when they already agreed with the arguments the speaker was espousing.

‘Eye contact is so primal that we think it probably goes along with a whole suite of subconscious physiological changes.’

In another experiment, the researchers showed a different set of students (42 of them) videos of people speaking about the same issues, but participants only saw videos arguing for a position the researchers knew they disagreed with, based on a pre-study survey. Students who were instructed to look at the speaker’s eyes the whole time were less likely to be persuaded by the argument than those who spent the video’s duration looking at the speaker’s mouth.

This suggests that perhaps in more adversarial situations, like during an argument, eye contact might be associated with dominance or intimidation, rather than a sign of connection as it might be in friendly situations. The researchers note that given that different cultures vary in how they use eye contact, the results might not be applicable on a worldwide scale. Plus, it’s pretty creepy to stare directly into someone’s eyes for the entire time they talk to you, so this might not replicate real-world interactions precisely. Next, the researchers plan to study whether there are physiological changes associated with eye contact that may be at play, like an increase in heart rate or release of stress hormones. “Eye contact is so primal that we think it probably goes along with a whole suite of subconscious physiological changes,” lead author Frances Chen said.