Hurricanes can pack a one-two punch: the storm, then deadly heat 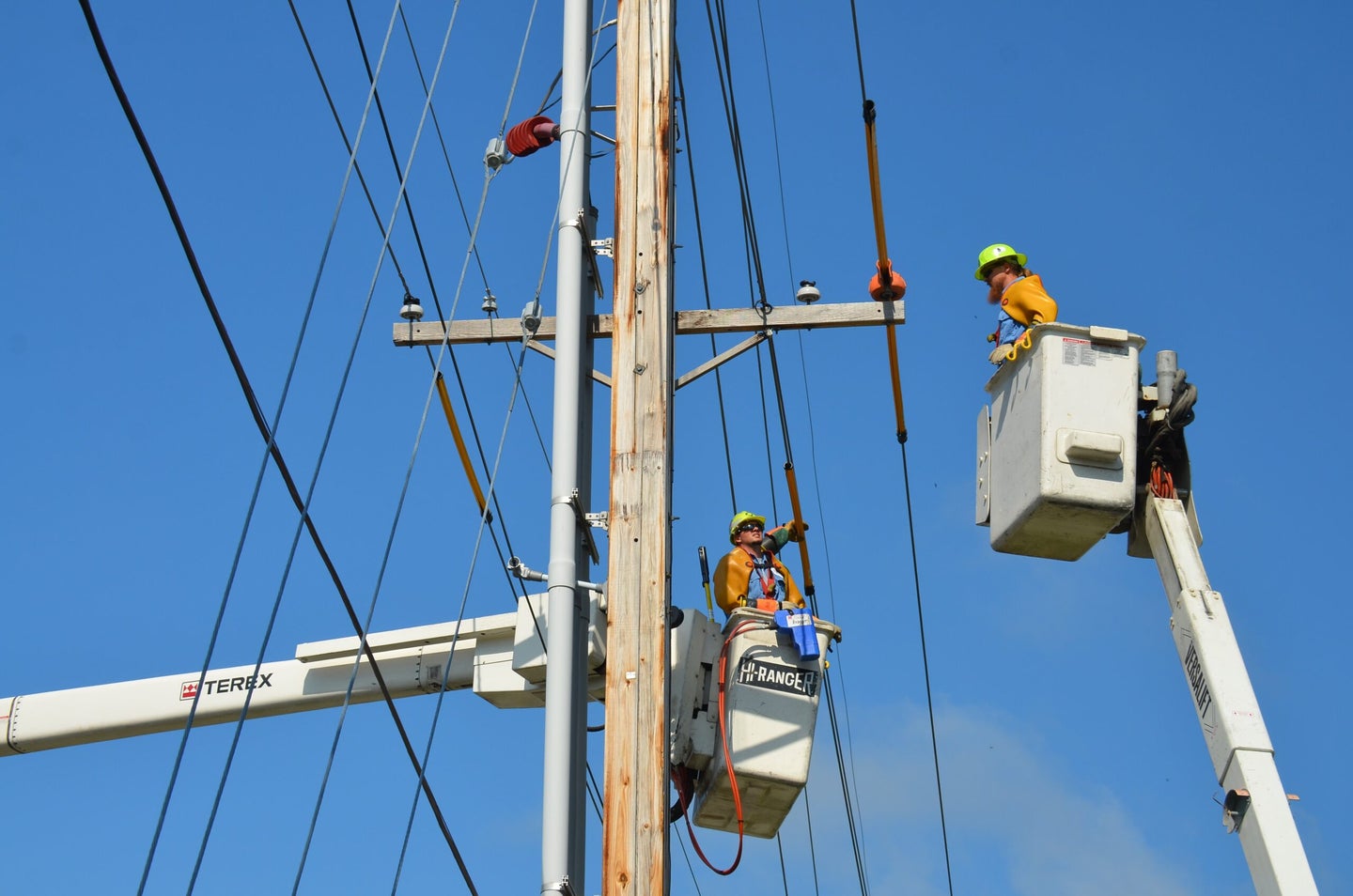 Power lines are vulnerable in a storm, and the resulting outages can be deadly in more ways than one. Unsplash
SHARE

When the winds of Hurricane Ida finally died down on Monday morning, most of South Louisiana was left in the dark. Flood waters inundated towns to the south and west of New Orleans, and towers carrying high voltage transmission lines into the city crumpled, leaving the lines in the Mississippi River.

Then it got hot.

Starting last Tuesday, the National Weather Service warned that the heat index would climb as high as 105 degrees from a combination of high temperatures and excessive humidity. The humidity broke over the weekend, but residents still sweltered without air conditioning, and the city has opened emergency cooling centers at community centers.

That heat is deadly. As people sat sweating inside their homes, or stood in hours-long lines for gas, the city’s ambulance service began seeing an uptick in heat-related calls.

And as people fire up generators to cut the heat, they take on other risks. On Wednesday, NOEMS transported 12 people with carbon monoxide poisoning from a single house. Seven were children. Three others have died in Jefferson Parish, which took a direct hit from Ida.

On Thursday night, two people in New Orleans were hospitalized after their generator caught fire. Other buildings in a western suburb may have burned during the storm because of a similar fire.

The situation mirrors the aftermath of Hurricane Laura, which struck southwestern Louisiana almost exactly a year before Ida. Laura and Ida, both Category 4 hurricanes with 150-plus mile per hour winds, are tied for the strongest storms to hit Louisiana since the 1850s.

In total, 31 Louisianans died in Laura. But the vast majority of them died after the storm had passed and they were left enduring weeks of 100-degree heat without power. Twenty died of carbon monoxide, heat, electrocution, or smoke inhalation.

The fact that the two storms and their aftermath have looked so similar is mostly a coincidence, according to Barry Keim, a climate scientist at Louisiana State University and the state climatologist.

“It is a coincidence that we’ve had two Category Four hurricanes hit in two consecutive years,” said Keim. “I don’t think that’s happened in any state prior to this occurrence. That in and of itself is remarkable.”

But heat and hurricanes go together because the peak hurricane season—August through October—takes place in late summer.

“It’s just going to be hot and humid,” says Keim. “So it’s horrible. That’s what’s playing out here, and it’s what’s played out with Laura.”

That means that the heat advisory in Louisiana isn’t like the unseasonal heat waves in the Pacific Northwest. In fact, says Keim, “I’d even go so far as to say, the temperatures over the last few days have been very average, or even a tick or two below average. It’s damn hot, and humid.”

Instead, people are being exposed to seasonal temperatures, when normally air conditioning would be a shield.

In New Orleans, AC is so vital in the summer that almost everyone has it. Those that don’t tend to suffer from other inequities: A New Orleans Health Department climate report from 2018 found that 1.25 percent of New Orleanians didn’t live with AC, and were more likely to be Black and low income. And just because someone had the equipment to cool down doesn’t mean that they could afford it: “low-income residents are reluctant to turn on fans or air condition to cool down due to high energy costs,” the report says.

Still, the risk is becoming more severe. While climate change isn’t predicted to make hurricanes more frequent, it is predicted to make them more intense. Even without any change in hurricane activity, a 2020 paper in Nature Climate Change Letters found that just two degrees Celsius of warming would make the one-two punch of hurricanes and heat waves 100 times more likely.

“We also anticipate an increase in the intensity of humid heat,” the authors wrote in that paper, as hot air soaks up more water, leading to deadly heat indices. On a global level, those events remain relatively rare, they note. Unlike the Gulf, most regions experience the heat of summer and hurricane season at different times. But densely populated countries like Bangladesh could see that dynamic shift in coming years, simply because a hotter planet means that heat waves are more likely to hit at the wrong time.

A more recent preprint study from a team of engineers at Princeton added another layer, by modelling how often those hurricanes would actually knock out power and subject people to the heatwave in a high-emissions future. The research found that in Houston, as an example, 44 percent of residents would experience a five-day blackout over a 20 year period. 15 percent of them would experience a long blackout coupled with a heat wave. “In other words, larger, more frequent hurricanes leading to vaster power outages will be followed by longer-lasting heatwaves,” the authors wrote.

That may be an overestimate: the paper uses the scenario with almost unmitigated emissions, With aggressive emission cuts, the worst of the compounding effects might be avoided.

But that paper also contained a nugget of a solution: if the power can stay on after a hurricane, people will be better able to weather the heat. Even without transitioning to microgrids and solar panels, by putting just five percent of power lines nearest to power generation centers, a third fewer people would be at risk. Even as hotter weather is coming, infrastructure investments could keep people alive.