Feeling hot? Try these eco-friendly tips for cooling down.

Staying cool might not require a giant drop in actual air temperature. 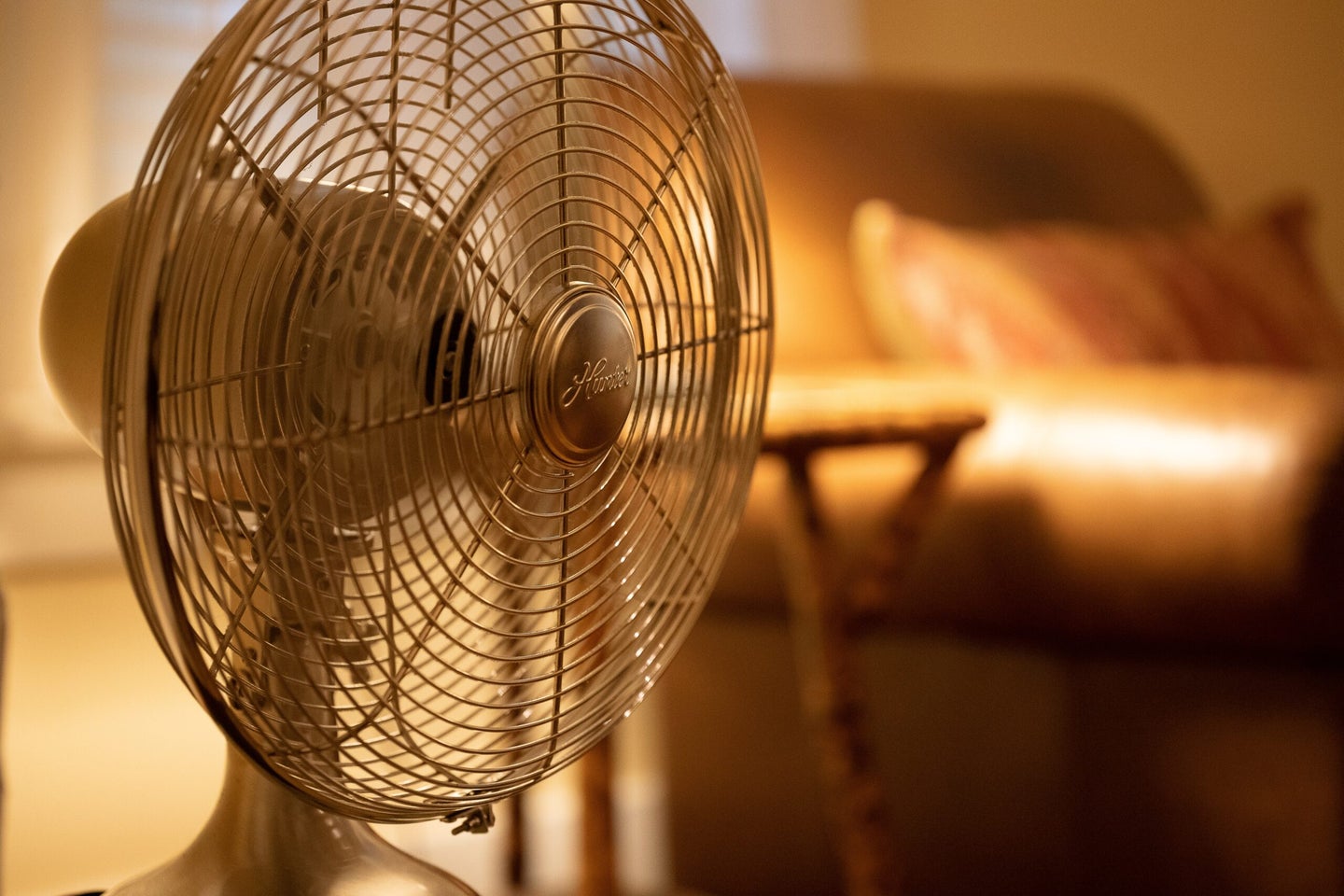 Air conditioning is highly greenhouse-gas emitting—but there are other options. Delaney Van on Unsplash
SHARE

About 75 percent of households in the United States have air conditioners, which use approximately six percent of all the electricity produced nationwide. As the planet gets hotter due to global warming, air conditioner sales are expected to increase significantly. However, a future that relies on air conditioning is unsustainable.

Using more and more AC may contribute to a “positive feedback loop” with climate change. Air conditioners consume large amounts of electricity, which primarily relies on fossil fuels to generate power. Moreover, the units themselves contain greenhouse gasses (GHG) known as hydrofluorocarbons (HFCs) that deplete the ozone layer. The warmer it gets, the more people use air conditioning, which increases GHG emissions that further add to the warming of the planet. Essentially, it’s time to reduce the use of air conditioners.

The primary driver of air conditioning use is thermal discomfort. When ambient temperatures—the air that you’re occupying—exceed your threshold, you’ll feel uncomfortably warm. That causes people to turn on the air conditioning unit and keep it on until the temperature drops below that threshold, says Ollie Jay, professor of heat and health and the director of the Heat and Health Research Incubator at The University of Sydney.

According to a 2022 study published earlier this month in The Lancet Planetary Health, moving indoor air with electric fans increases the temperature threshold at which people feel uncomfortably hot by about three to four degrees Celsius. In other words, people feel thermally comfortable for a longer period throughout the day and will only turn on the air conditioner once the elevated temperature threshold is exceeded, thereby minimizing the overall use of air conditioning, says Jay, who is one of the study’s authors.

The findings indicate that using fans with speeds of 1.2 meters per second coupled with only turning on the air conditioning once the elevated temperature threshold for thermal discomfort is reached can result in about a 76 percent reduction in energy use. The study demonstrates that it’s possible to cool a person without necessarily reducing the air temperature, which means that you can feel just as comfortable with a higher air temperature, says Jay.

Fans work best in humid climates because they increase airflow over the skin, which cools the body and keeps the core temperature down by evaporating sweat, says Jennifer Vanos, assistant professor in the School of Sustainability at Arizona State University. However, their air circulating power might not be as effective in very hot, dry climates if there’s no sweat to evaporate from the skin. Evaporative cooling wouldn’t be possible and the room might just feel like an oven, she adds.

Aside from the local climate, other factors must also be taken into account, such as the age of the individual. For instance, evaporative cooling with the use of electric fans might not be as effective for individuals above age 65 because older people have a harder time sweating, so there is less sweat available to evaporate from the skin, says Vanos. This means that a combination of various sustainable cooling solutions must be adopted.

You can cool a room without air conditioning by using window coverings to reduce heat gain, painting the walls a lighter color to reflect heat away, or placing vegetation around the home to cool the environment through evapotranspiration, says Vanos. However, it would be amiss to think that the only way to cool people is to cool the air that surrounds them.

“One thing that’s really important here is not to get preoccupied with cooling the air or the house or a room,” says Jay. “What we advocate is using sustainable cooling strategies that enable the person to keep cool despite being in a warmer environment.” Targeting the individual instead of their environment is more accessible and less carbon-intensive because it doesn’t use much energy to cool the air they’re occupying, he adds.

Some of the scientifically proven strategies to keep yourself cool are outlined in a 2021 paper in The Lancet that Jay also authored, which include drinking cold water, applying ice towels, or donning wet clothing. Immersing the feet in cold water and self-dowsing with a spray bottle or sponge can also improve thermal comfort. All these strategies can be adopted effectively, even in low-resource settings.

Instead of reducing air temperature, these sustainable cooling strategies reduce the core temperature of the individual, minimizing the cardiovascular strain and dehydration that may result from the heat, says Jay. With extra-warm summers to come, it helps to know how to keep ourselves cool without straining our energy systems.