As summers get hotter, death tolls will rise

Unless we do something, as heatwaves become more common, death rates will skyrocket. 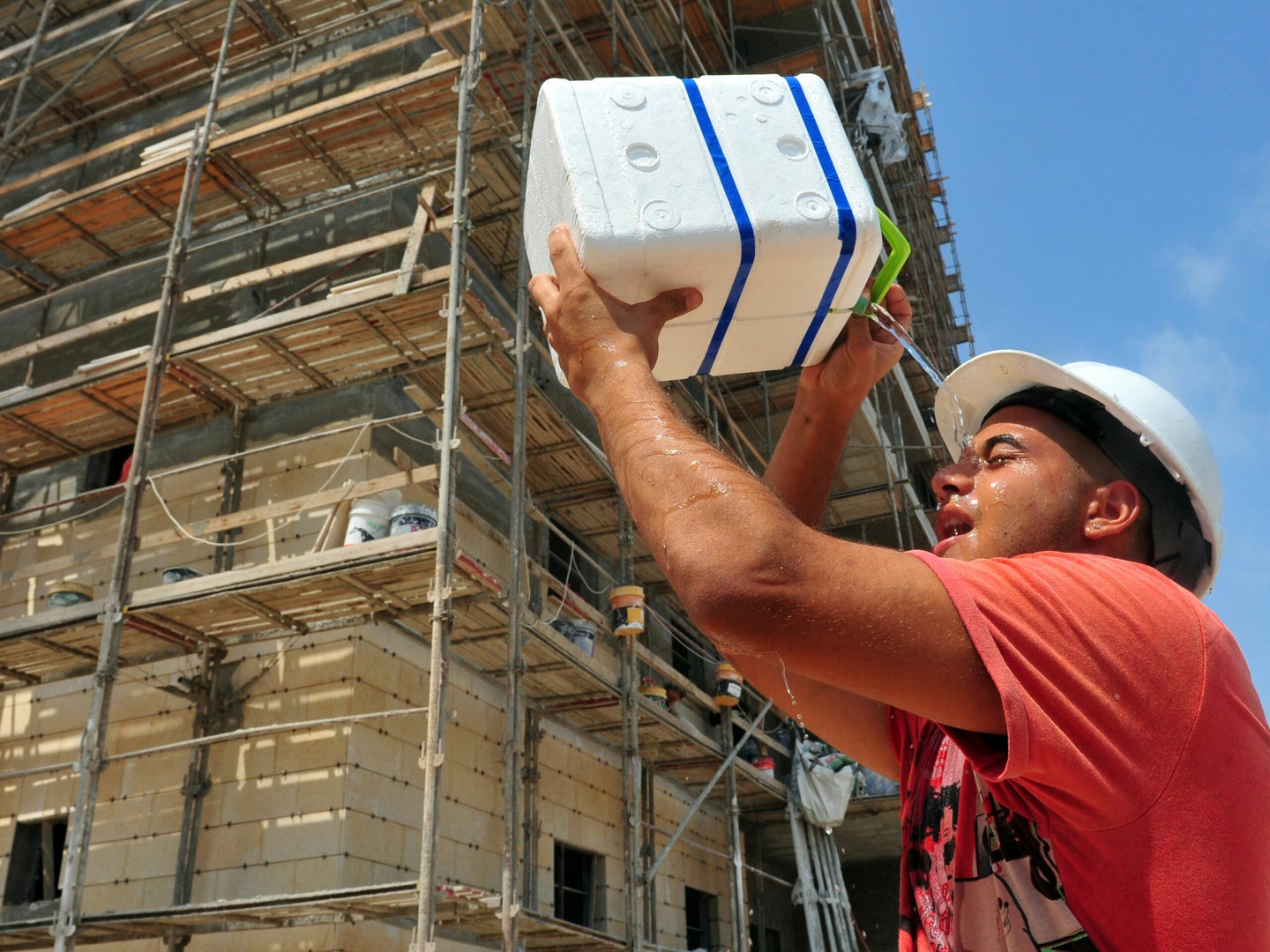 Heatwaves—like the one recently experienced by every continent in the northern hemisphere—are one of the biggest climate-related threats to human health. Deposit Photos
SHARE

Seventeen of the hottest years on record occurred this century. That’s nothing to scoff at given that we’re only 18 years in. This year is no exception, with the past three months once again breaking temperature records in the continental U.S. And with our current rate of greenhouse gas emissions, scientists project the situation will only get worse.

As the temperatures soar, we’re also likely to see an increase in weather-related deaths. Heatwaves—like the one recently experienced by every continent in the northern hemisphere—are one of the biggest climate-related threats to human health. A 2014 report by the Centers for Disease Control estimated that 666 people die every year in the U.S. from heat-related causes. In some extreme cases, such as the 2003 heatwave in Europe, 70,000 deaths were attributed to the heat.

A recent paper published in PLOS Medicine suggests that these numbers could get much higher. Scientists from 18 countries looked at how mortality rates in 412 cities will be affected by climate change. They tracked heatwave-related deaths from 1984 to 2015 and estimated future death rates, varying their predictions according to four potential greenhouse gas emission levels and three rates of population growth, as well as whether or not humans and societies take steps to adapt to the rising temperatures.

If global warming continues on its steepest trajectory and nothing is done to mitigate the effects, the scientists predict there will be a 350 to 500 percent increase in deaths from heatwaves in the U.S. by 2080. The impact will be even worse in areas closer to the equator—Columbia, Brazil, and the Philippines are projected to have an increased death rate of more than 775 percent. Already, heatwave deaths increased worldwide by 2300 percent from 1991 to 2000 and 2001 to 2010.

“If you look at the climate assessments that have been conducted in the U.S. so far, the evidence is overwhelming that heat events are going to increase in frequency, intensity, and duration across the country,” says Shubhayu Saha, a professor of public health at Emory University. “Everyone is going to be affected, not just in the U.S., but globally.”

The classic cause of death from heat is heatstroke, where the body is not able to cool itself properly and the internal temperature rises to 104 degrees Fahrenheit or higher. Heatstroke causes damage to the brain, heart, kidneys, and muscles and can result in death. The elderly and young children are most susceptible to extreme heat because their bodies can’t regulate temperature well, leading them to overheat more easily. People with pre-existing diseases, such as heart disease, diabetes, and respiratory illnesses, are also vulnerable, as extreme heat can exacerbate these conditions. What’s more, several types of medication, including blood pressure medication and antidepressants. make people more sensitive to heat by affecting the body’s ability to respond to high temperatures and dehydration. Deaths may also result from an increase in violence. One recent study suggested suicide rates rise in hotter than average months, and other research has shown a link between interpersonal violence and heat.

It’s not just hot places that are at risk. In fact, areas that are less accustomed to heat can be especially hard hit because they are not equipped to cope with the extreme temperatures. For example, a 1996 heatwave in Chicago, a city that doesn’t regularly deal with severe swells in temperature, killed at least 700 people.

“A 90-degree day in Phoenix is very different than a 90-degree day in Anchorage, and so you do need to take into account that there is a difference in terms of our own personal acclimatization: how well we handle when it’s hot, our clothing, our behavior, and importantly our infrastructure,” says Kristie Ebi, a professor of global health at the University of Washington who was one of the authors on the PLOS Medicine paper.

It’s important to note that these deaths are not inevitable. In the recent study, mortality rate projections were dramatically reduced when potential adaptations to heat were incorporated, dropping to just a 37 to 79 percent increase in the U.S. Interventions include early warning systems and better public health messages about ways to keep cool, particularly targeting vulnerable populations such as the homeless and elderly. In addition, improved urban planning and health services that specifically take heat into consideration can help save lives.

“Multiple dimensions of our society are predicated on the [assumption that] climate is going to continue to stay the way it is now, and of course it’s not,” says Ebi. “Within 20, 30 years we’ll see quite a lot of shifts that have taken place. We’re in a period of transition where the awareness is growing of the breadth and depth of changes that will need to be made.”