We might have an eighth continent. Here’s why that matters.

The way we categorize things is actually important 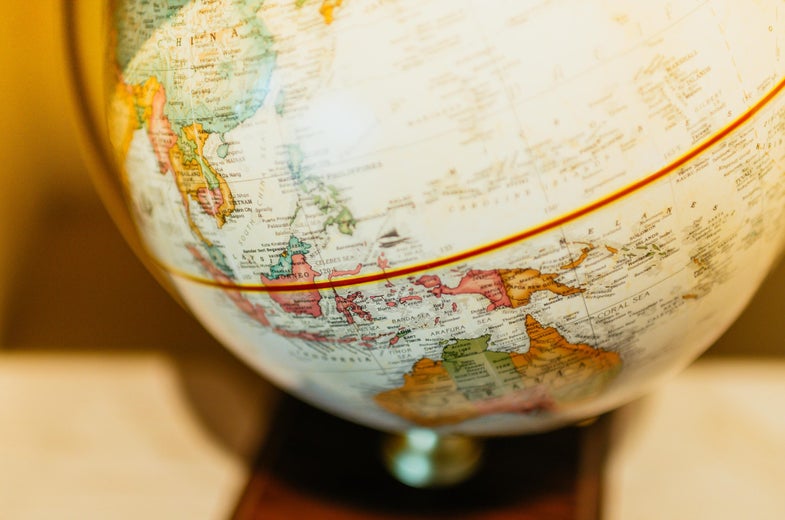 I get it—we’re all still bitter about Pluto. We wanted it to stay a planet, so we’ll cling to our righteous anger until the day we die. Scientists are always changing their minds about all these categories and designations, and it sometimes seems totally unnecessary. Does it really matter if Pluto is a planet, or if there are eight continents instead of seven?

Yes. Yes it does.

The real problem with this argument is that it’s based on a valid premise—that all categories are arbitrary—and yet draws a false conclusion. It is all arbitrary. But it’s not unnecessary or meaningless.

Almost all of the categories that you use in life, including scientific ones, are arbitrary because we invented them. Categories are just a way of making sense of the world. We’ll call these seals and these sea lions, and we’ll note that they’re pretty similar to each other but very different from any of the various elephant species (even, confusingly, the elephant seal). And we’ll denote that by saying that they’re in the same superfamily, whereas elephants are not. Species names and superfamilies and genera are all categories we’ve imposed on the natural world so that we can talk about it coherently. There’s no universal definition of species, but that doesn’t make the idea of a species meaningless. And the same goes for continents.

You grew up thinking there were seven continents. Everyone suddenly seems very precious about them, even though I’m betting plenty of people couldn’t name all seven. Because now some geologists are telling you that there might have been eight all along, we just didn’t realize it. That southwestern chunk of the Pacific Ocean around New Zealand meets all of the generally accepted criteria for a continent, so maybe we should call it one. We could name it Zealandia.

“WHO CARES!?” you scream into the internet void. “You know, there’s no governing body that decides what is or is not a continent anyway,” you say, proving that you bothered to read past at least one headline. And to be fair, you’re right. Geologists have come up with some guidelines for what makes a continent a continent, but without a strict definition this all boils down to general consensus. The problem arises when we leap straight to the assumption that because there’s no hard and fast rule, that the whole thing is meaningless.

Identifying Zealandia as its own continent doesn’t change anything about its actual geology, but recognizing it as separate could help us understand how the native plants and animals there evolved. The way continents move over time helps determine the ecology of those areas, plus we could learn something new about how continental crust can be reshaped. Maybe those aren’t interesting endeavors to you, but to some geologists (and ecologists and evolutionary biologists) they are not just interesting, but important.

And maybe it is true that the term “continent” doesn’t mean very much. As one geologist pointed out, that’s an important thing to talk about. If we can’t decide on what makes a continent, perhaps we should think harder about what it is that’s significant about the idea of continents. Maybe “continent” isn’t a useful term. Maybe it doesn’t do a good job of describing what components of our Earth’s crust are important. Maybe we need new terms: one that’s strictly geological and a separate one that’s strictly geographical. Maybe thinking about the way we categorize parts of the Earth is a useful exercise precisely because it gets us thinking about the different parts of the Earth.

Take a moment and think about the scientific systems you learned about in school. Cellular structures, organ systems, chemical names and reactions, electrical systems, types of foods—they’re all just arbitrary. We call some chemicals “phenols” and others “alkanes” because they have different structures that make them react certain ways. We say that some things are fruits and others are vegetables and still others are nuts or legumes (and we can argue forever about where tomatoes fall in that spectrum) but at the end of the day it’s still just a categorization system that we came up with because it’s useful to talk about food in those terms. And if it’s not useful, we should change the system.

The very act of categorizing is meaningful because it influences how we think about and study those categories. When biologists debate whether a particular species of giraffe is actually two distinct species, they’re really arguing about whether there are meaningful differences between two groups of animals. And when some geologists spend a decade arguing that there’s actually an eighth continent, what they’re really saying is that there’s something useful about identifying this particular chunk of the Earth as distinct from the rest. Other geologists are free to disagree, but that debate is important in and of itself.

I get it that each individual discussion feels pretty meaningless. One species or two, seven continents or eight—what do those things matter? Individually, maybe they don’t. But the sum total of those little, meaningless debates adds up to a whole system of scientific thought. Whether you call some giraffes “northern” and some “southern” might not be all that crucial. But in the long run, the way we think about categorizing giraffes determines how we think about categorizing other animals and how we think about the way the animal kingdom all fits together.

Whine all you want about those darn scientists switching up the categories on you. Categories are meaningful. Complaining about them isn’t.