Uganda’s Ebola outbreak is ‘rapidly evolving,’ according to WHO

The outbreak was officially declared on September 20. 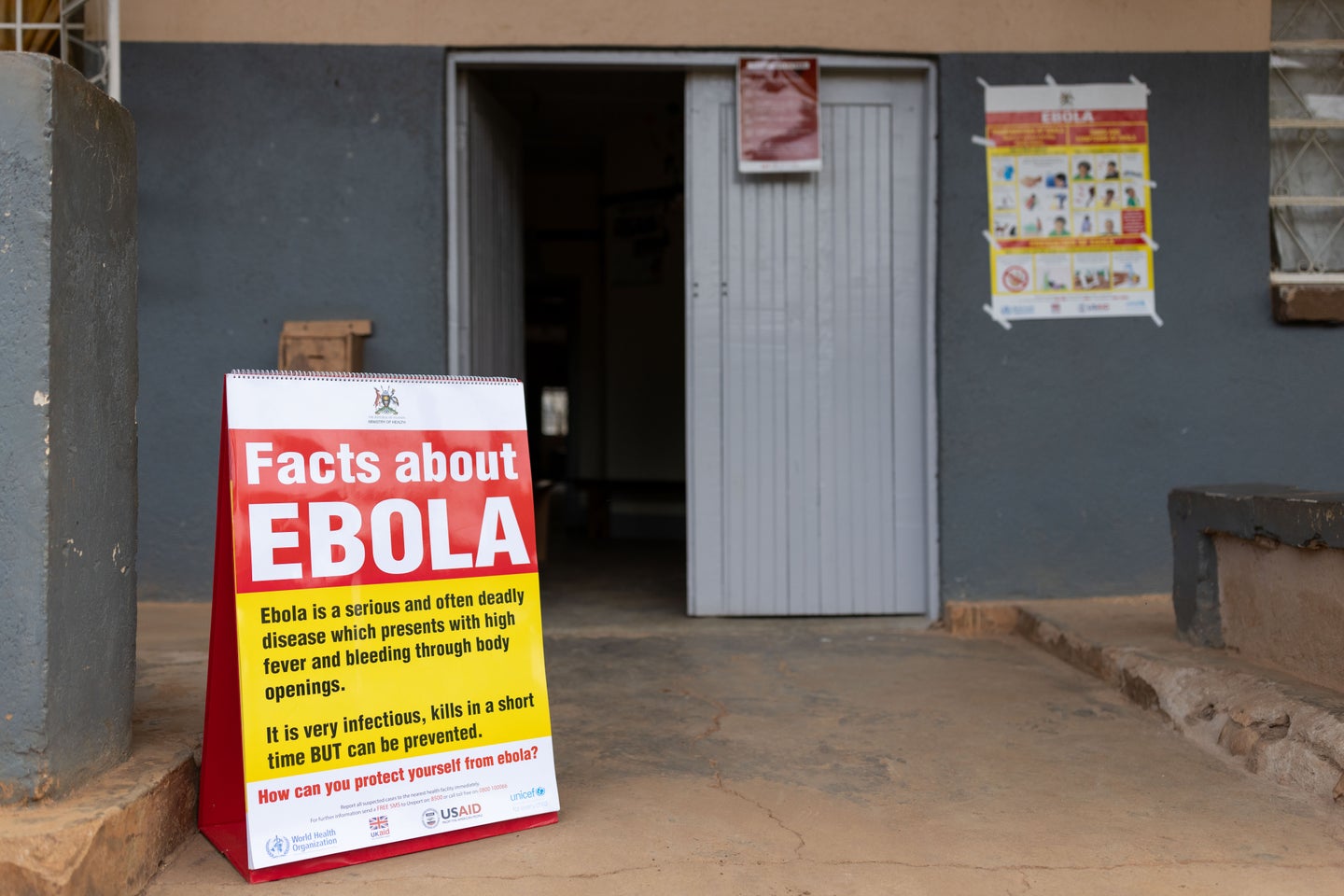 One month after the Ebola virus was first detected in Uganda, the World Health Organization (WHO) director-general Tedros Adhanom Ghebreyesus expressed concern over the spread of the deadly virus. Uganda has reported 60 confirmed cases, 20 probable cases, 44 deaths, and 25 recoveries, according to a press briefing from the director-general on Wednesday.

Some of the increased concern comes after the eight most recent Ebola cases reportedly do not have known links with other current patients. The WHO said initial investigations by Uganda’s Ministry of Health had shown they were not contacts of people already known to have Ebola.

“We remain concerned that there may be more chains of transmission and more contacts than we know about in the affected communities,” director-general Adhanom Ghebreyesus said in the briefing.

[Related: How To Fast-Track An Ebola Vaccine.]

The strain spreading in the eastern African country is the Sudan strain, which is is less deadly and transmissible than the Zaire strain of the disease. However, existing therapies and vaccines do not work against the Sudan strain. The Ugandan government is currently collaborating with the WHO to start a trial of two different vaccines that directly target the Sudan strain. One is being developed by Oxford University in the United Kingdom and the Serum Institute in India and one is made by the Sabin Vaccine Institute in the United States.

The briefing also described the difficulties Uganda’s health workers are facing. “The Ministry of Health of Uganda has shown remarkable resilience and effectiveness and (is) constantly fine-tuning a response to what is a challenging situation,” Matshidiso Moeti, the UN health agency’s regional director for Africa, said. “A better understanding of the chains of transmission is helping those on the ground respond more effectively.”

A lockdown has been imposed on two of the five districts reporting Ebola cases to try to stop the virus from spreading from the outbreak’s current epicenter .

At a separate briefing yesterday from the US Centers for Disease Control and Prevention (CDC), Ahmed Ogwell, acting head of the Africa Centers for Disease Control and Prevention, said that the “numbers that we are seeing do pose a risk for spread within the country and its neighbors.” According to Ogwell, while there is a risk of cross-border contamination, “it’s a manageable risk,” and that it is not time to goin into what he called “full emergency mode.”

Both the WHO and officials in the United States have expressed support for the country’s continued fight against the disease. “WHO and our partners are continuing to support the government of Uganda to contain the outbreak and prevent it from spreading in more regions and countries,” the WHO director-general said at Wednesday’s briefing.

Earlier this week, the CDC released a plan in response to the outbreak. The plan is implementing health screenings at five airports in the US, strengthening lab services in Uganda, collaborating on a more advanced contact tracing system, accelerating the availability of experimental vaccines for the Sudan strain, providing Uganda with $8.9 billion in funding, and ensuring that health professionals stateside are prepared in case of an outbreak.

The Ebola outbreak was declared on September 20. This current situation is the first Ebola outbreak caused by the Sudan virus since 2012. According to the WHO, the Sudan virus is a severe and frequently fatal illness that is contracted through the bodily fluids of infected animals. It spreads between humans via direct contact with infected bodily fluids. Some of the best prevention methods for Ebola are good hand washing, avoiding contact with infected bodily fluids and items that could become contaminated, and avoiding eating meat from infected animals.