The way they measured success is different, for one. 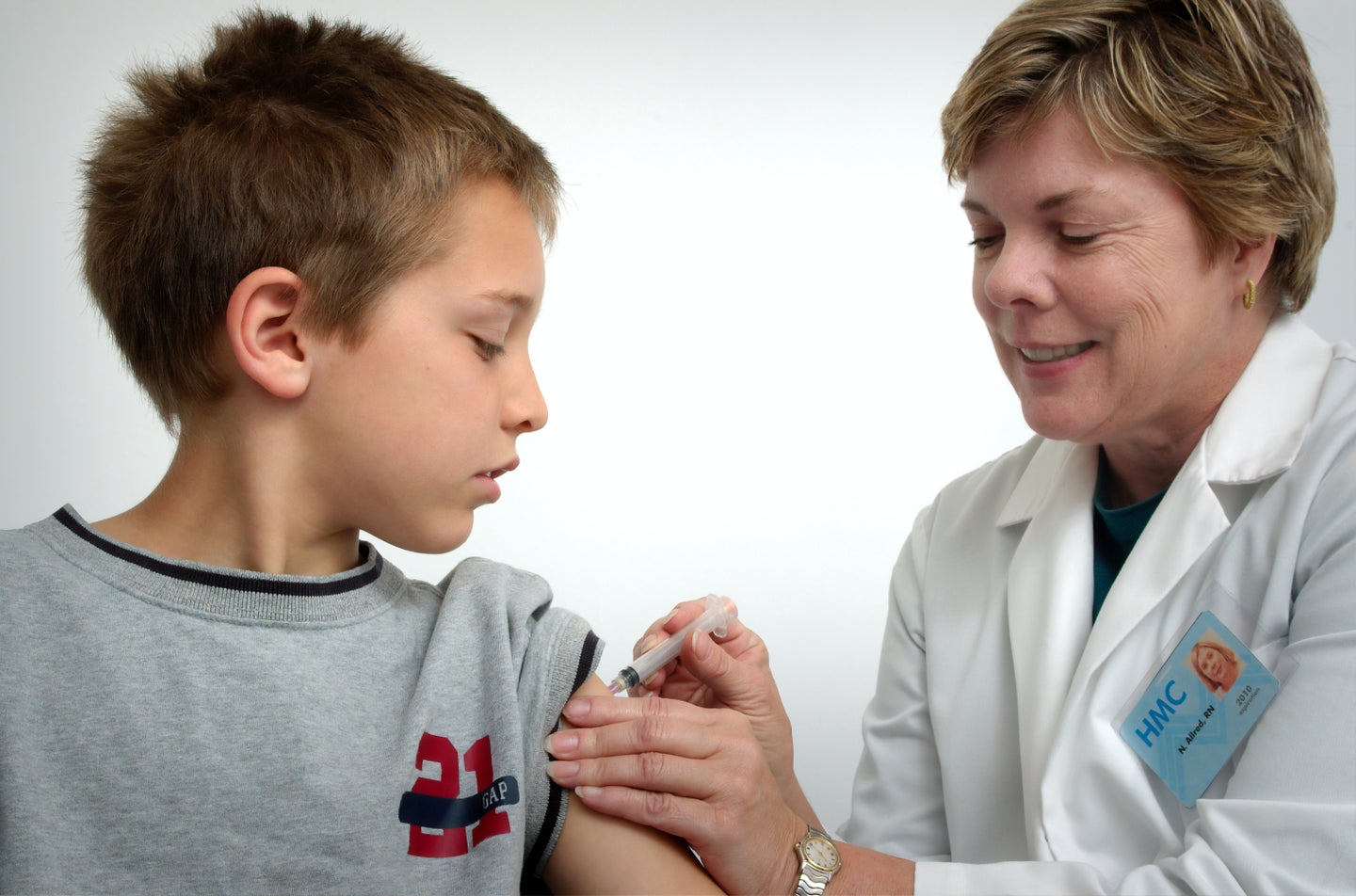 Kids as young as six could soon be getting vaccinated. CDC
SHARE

Pfizer announced today that it plans to seek an emergency use authorization to use its COVID vaccine in children between 5 and 12, based on what it describes as “robust” data from a Phase III trial.

That’s on the fast side of predictions about the timeline—in late August, Francis Collins, the director of the National Institutes of Health, told NPR that he didn’t expect approval until the end of the year—and it’s welcome news for parents in their first weeks of school.

But we still have little firsthand information about how well the vaccine worked, and what side effects may look like.

“I can’t honestly say anything besides, ‘sounds promising, but it’s a press release,’” wrote Angela Rasmussen, a virologist at the Vaccine and Infectious Disease Research Organization in Saskatchewan, on Twitter in response to inquiries.

That’s been a repeated theme of the pandemic, as drug manufacturers put out data-scarce press releases in advance of full information on trials. For the most part, positive findings in those press releases have been borne out. But there are reasons to stay cautious.

Critically, the pediatric trials looked at different metrics than adult trials. In adults, drug manufacturers counted the number of real-world cases in vaccinated and unvaccinated trial participants, and used those to determine efficacy numbers.

In children, the trials only looked at immune responses. According to Pfizer, children who got the smaller dose produced the same level of COVID antibodies in their blood as adults who got the full-size vaccine. But because antibody levels don’t provide a one-to-one measurement of real-world immunity, it’s possible that the FDA will have extra questions about the data provided by Pfizer.

Pediatric trials began long after the first adult trials, so it’s no surprise to have waited for children’s vaccines. But given the urgency of the pandemic and the looming school year, the delay has aggravated parents.

“Pediatric studies always take longer,” Margaret Aldrich, a pediatric infectious disease specialist at Children’s Hospital at Montefiore in New York, told HuffPost in August. Not only do the experimenters have to work around school and work schedules, but children simply need a smaller dose of the vaccine to produce similar effects.

[Related: COVID-19 vaccines don’t cause infertility. Here’s how we know.]

To figure out the right amount for children, the company started with tiny doses, and then ratcheted up larger and larger until they were seeing similar immune responses in children to what they saw in adults.

They’re looking for the balancing act between a strong immune response and manageable side effects. In very young children, side effects like a daylong fever might be more dangerous than for an adult, while in slightly older ones, it might just be a small burden.

Still, demand for a children’s vaccine is bubbling, to the point that ethicists have begun weighing in on whether it’s okay to lie to get an 11-year-old vaccinated. Especially since the shot could play a key role in containing the delta variant this winter.

Early forms of SARS-CoV-2 didn’t appear to spread easily between children, and public health officials expressed some confidence that schools could be safe as long as there was enforced masking, distancing, and contact tracing procedures. But that math has been upended by the delta variant—it’s so much more infectious that children are now implicated in outbreaks.

According to the Washington Post, a CDC official presented unpublished data to an FDA expert panel in June that showed that kids might be bigger COVID spreaders than acknowledged, even “play[ing] a role similar to adults in transmission and infection.”

So far, it doesn’t appear that kids experience worse symptoms from delta. But because the new variant has burned through communities so quickly, hospitalizations among children have exploded, and by the end of August had exceeded peaks set in the winter surge.

Pfizer says that it plans to submit the data to the FDA and parallel agencies worldwide “as soon as possible.” From there, the FDA will need to deliberate over the details and issue a recommendation just as they did for those age 16 and older.

In the past, it’s taken about a month to go from a first announcement to emergency authorization. Pfizer announced positive Phase III trial results in adults on November 9, 2020 via a press release, and submitted data to the FDA on November 20th. The FDA then gave emergency use authorization for adults on December 11, 2020.

Moderna’s study on children has been underway since this summer, but hasn’t released an update on when data will be available. In July, Bloomberg reported that it expected data this fall or winter.

But in June, some members of an outside panel that advises the FDA argued that the agency should more closely scrutinize children’s vaccines. That was partly because kids are at lower immediate risk from COVID, which makes the equation different from that for adults, and partly because adolescent males are most susceptible to a rare side-effect, heart inflammation called myocarditis.

The press release from Pfizer didn’t mention heart inflammation rates specifically, saying only that side effects were “generally comparable” to those in people ages 16 to 25.

Whether that balancing act still holds in the face of delta should become clear in the next few weeks.