The vaccine has a 91 percent efficacy, according to recent data. 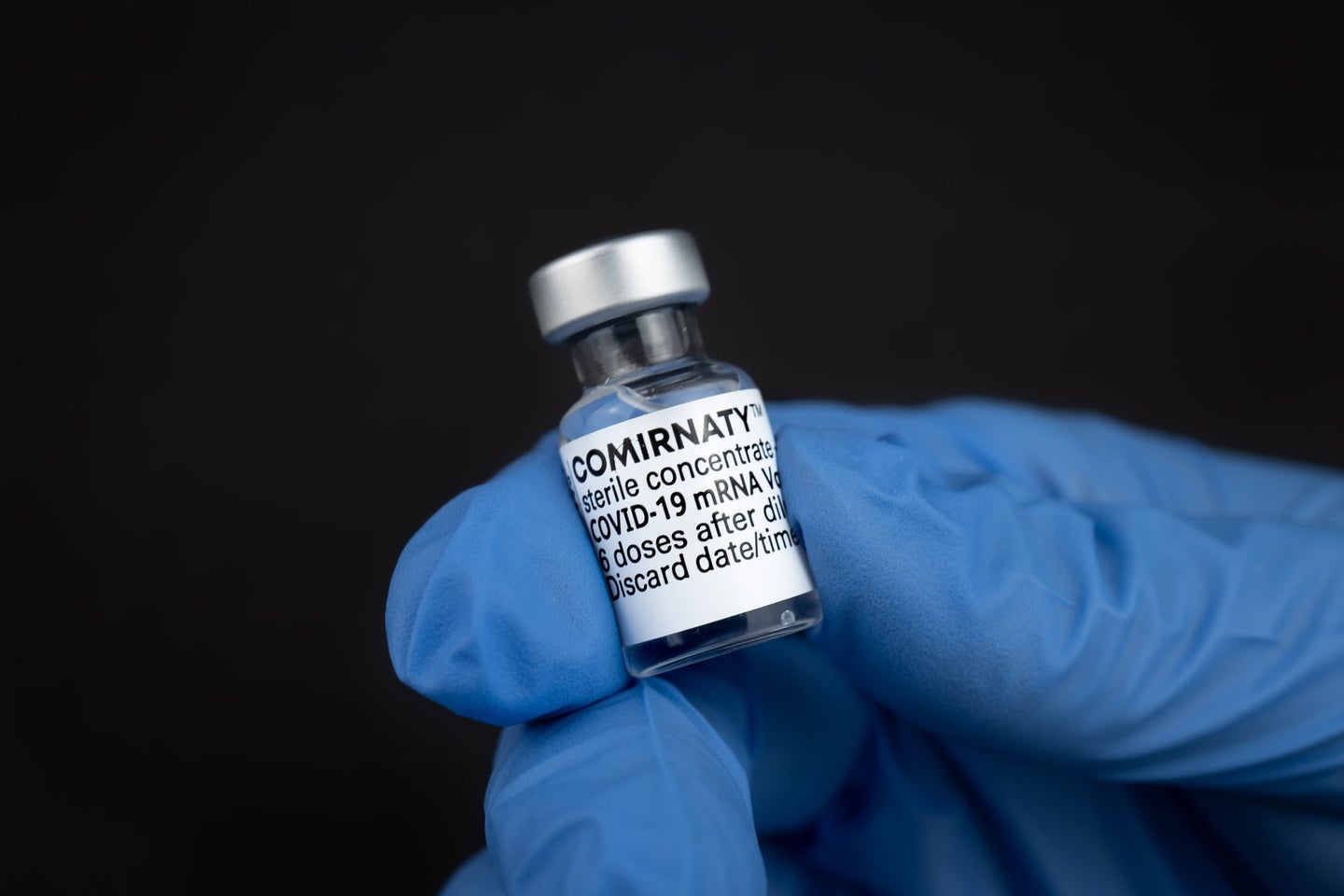 The FDA granted full approval status to Pfizer’s COVID-19 vaccine, which had until now been authorized for emergency-use. The vaccine is now approved for everyone aged 16 and older. Kids aged 12 to 16 will still be able to receive the vaccine under the emergency-use authorization. The move will likely usher in new vaccine requirements for schools and employers.

Pfizer applied for approval back in early May of 2021, submitting updated data from an ongoing Phase III clinical trial which included roughly 44,000 participants from the United States as well as Europe, South Africa, and pockets of South America. The most recent data showed the vaccine was 91 percent effective in fully preventing a COVID-19 infection. This number was slightly lower than when the company applied for emergency-use authorization back in late 2020, which showed it to be 95 percent effective at preventing infection.

Pfizer began working on the vaccine, in conjunction with the German biotechnology company BioNTech, shortly after the pandemic began in March 2020; this makes its process from initiation to approval faster than most other FDA-approved drugs.

However, throughout the process, all COVID-19 vaccines, including other FDA emergency-use authorized vaccines from Moderna and Johnson & Johnson, received priority treatment allowing them to skip holding periods that often delay approval processes.

“While millions of people have already safely received COVID-19 vaccines, we recognize that for some, the FDA approval of a vaccine may now instill additional confidence to get vaccinated. Today’s milestone puts us one step closer to altering the course of this pandemic in the US,” said acting FDA Commissioner Janet Woodcock in the FDA’s press release.

The company has named its COVID-19 vaccine “Comirnaty,” and will use the new moniker to market the shot going forward.

Public health experts surmise that this approval will bring new requirements for vaccination to schools, businesses, and other public and private companies, and many large entities have been waiting on this approval to make their final decisions. In early August, United Airlines announced that it would require employees to get vaccinated within five weeks of the FDA’s full approval of the vaccine, according to The New York Times. Similarly, the US military has also stated that it will require its active-duty troops to get the vaccine once it’s approved.

There are at least 85 million Americans who are eligible for the vaccine but have still not received one. Moderna, the biotech company that makes a similar COVID-19 vaccine and has also been authorized for emergency-use, has also applied for full FDA approval, and might get its official FDA green-light in another few weeks. The last emergency-use authorized vaccine in the US, Johnson & Johnson’s one-shot treatment, could apply for full approval soon.

Here’s everything else you need to know this week:

In a preprint study—and not yet peer-reviewed—researchers noted that certain markers in a patient’s blood, called “correlates of immunity,” seem to provide evidence that the person has a strong immune response against COVID-19. According to NPR, infectious disease expert Anthony Fauci noted the importance of this study in a recent White House press briefing.

Specifically, the scientists identified what are known as neutralizing antibodies, which are proteins found in the immune system that stop SARS-CoV-2 in its tracks. By identifying them in a blood sample, researchers could have a good way of knowing if the vaccine is working. The study found that higher levels of these proteins was associated with better vaccine efficacy. While more research is likely needed, this study and ones like it could help provide further insight into who would best be served by booster shots.

Public and private businesses, schools, and other entities around the country are continuing to announce that they will require proof of vaccination. While many colleges and universities have stated for months now that they will require students and faculty to be vaccinated against COVID-19, other schools are now following suit, including New York City public schools—the largest public school system in the nation—which recently announced its official vaccine mandate for the fall. All 148,000 school employees must receive their first dose by September 27th, according to The Associated Press.

[Related: Why you should recommit to hand-washing to help prevent COVID]

Around the country, other state and local governments are doing the same, including a statewide mandate among teachers and health workers in Oregon, the entire school district in Los Angeles, as well as the city’s public workers.

Last week, the Centers for Disease Control and Prevention (CDC) announced that it would establish a new center to “advance the use of forecasting and outbreak analytics in public health decision making.” To be named the Center for Forecasting and Outbreak Analytics, its goal will be to bring together a collection of experts from public health, emergency responders, and disease modelers to work together to make decisions on current and future disease outbreaks.

The newly established center is funded by the American Rescue Plan.