How do vaccines affect periods? A big COVID survey lays out some clues.

If you think the COVID vaccines messed up your period or postmenopause, you're not alone. 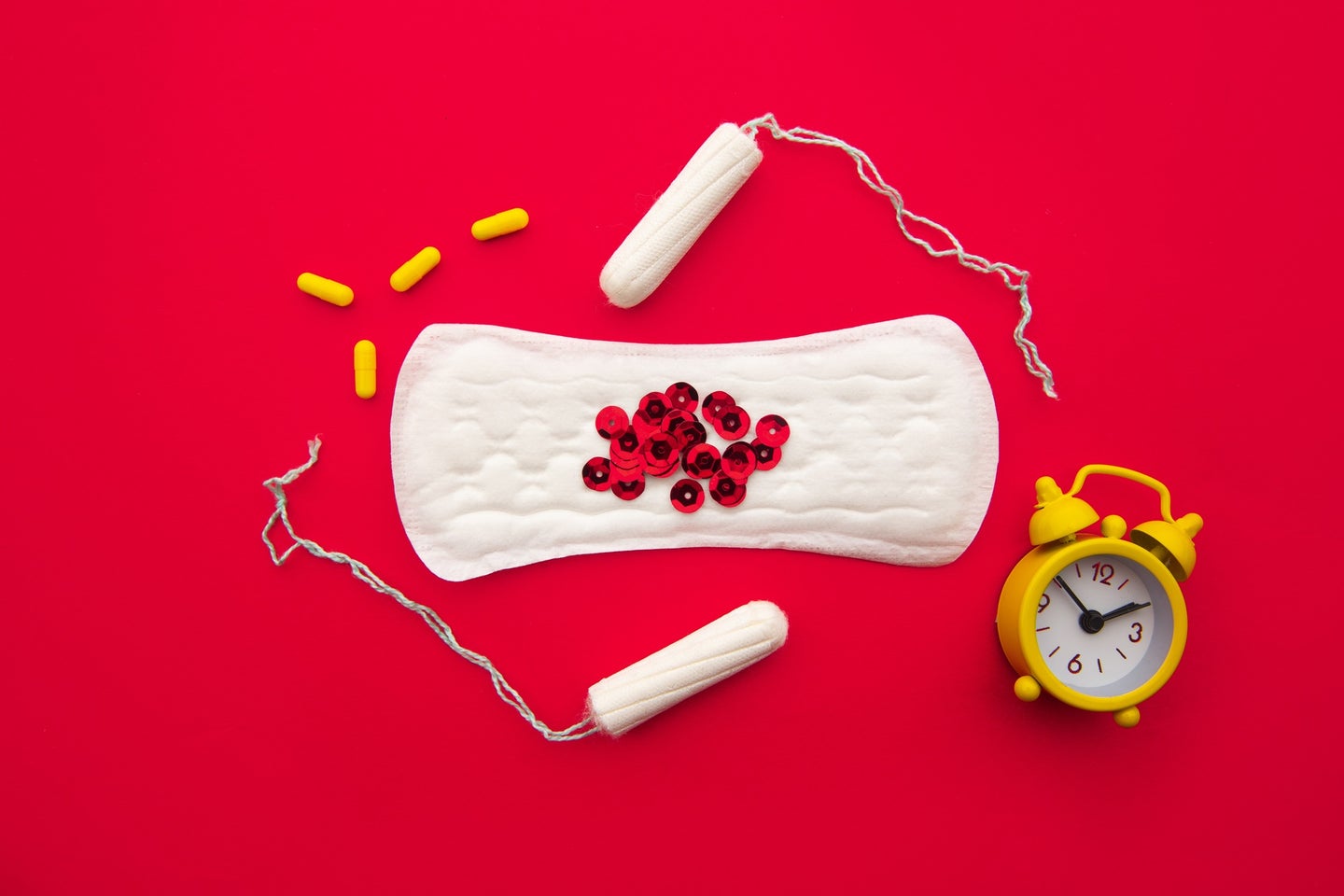 If you experienced irregular menstrual bleeding after getting a COVID vaccine, you're not alone. Deposit Photos
SHARE

Since the COVID-19 vaccines first began rolling out last winter, some recipients have noticed unexpected menstrual bleeding after getting the shots. A survey of tens of thousands of adults published today in the journal Science Advances confirms that this experience is relatively common.

“We think it’s really important to be clear and honest and responsive when something like this does come to the forefront, and so we want to reassure people that this is something that might happen, it should be transitory, it should be a short-term effect,” says Katharine Lee, a biological anthropologist at Tulane University. “The main takeaway is that this is a real factor, and it shouldn’t scare people away from the vaccine.”

She and her collaborators surveyed a gender-diverse group of more than 39,000 pre- and post-menopausal people around the world. Forty-two percent of participants with regular periods bled more heavily than usual after vaccination, while 44 percent reported no change.

These numbers aren’t meant to be indicative of how prevalent such irregularities are in the general population, the authors note. “But the information we have about the characteristics of folks within that sample being more or less likely to experience this are still very, very useful and valuable,” Lee says.

[Related: COVID deaths in pregnant people in the US are flying under the radar]

She and her collaborators became curious about the COVID-19 shots’ effect on menstruation after several of them experienced unexpected bleeding. “We decided to look into this a little bit more because so many people were starting to talk about it on social media, and we thought it was important to capture and start to understand what was happening,” Lee says.

“This is in fact a real lived experience, there are real biological mechanisms that would underpin and predict a finding like this, and we shouldn’t be surprised that the uterus, which is an immune organ, is going to be impacted by an immune treatment like the vaccine,” says Kathryn Clancy, a biological anthropologist at the University of Illinois at Urbana-Champaign and another coauthor of the findings.

“The uterus as an organ is already very closely tied to the immune system,” she explains. The uterus must be able to contend with pathogens from outside the body while also allowing sperm and embryos to survive. “It’s not quite ‘open for business,’ but the cervix is not like a full barrier; there has to be some way in which the uterus is doing something to fight infection,” Clancy notes.

Menstruation itself is also an inflammatory process. “Any system in the body that … has to repair itself many times or that is in any way connected to the immune system has a chance of having some kind of transient side effect associated with something like a vaccine,” Clancy says.

[Related: How to track your period—without an app]

The team released a web survey in April 2021 as vaccines were reaching widespread distribution in the US, hoping for 500 to 1,000 responses. “We had more than that within the first hour or two of the survey being open,” Lee says. “I think there was really a huge need for people to want to share these experiences, because people don’t normally get to talk about their periods; it’s sort of a taboo subject to bring up.”

The researchers ultimately focused their analysis on 39,129 respondents who were adults, fully vaccinated, and hadn’t caught COVID-19. Among participants who regularly menstruated, the proportion who experienced unusual bleeding was similar to those who noticed no change. A small minority also reported lighter periods. Among those who don’t typically menstruate, 71 percent of people on long-acting reversible contraceptives such as the IUD, 39 percent of people on gender-affirming hormones, and 66 percent of postmenopausal people reported breakthrough bleeding.

Respondents who were Hispanic or Latinx, had a diagnosed reproductive condition such as endometriosis, had been pregnant or given birth in the past, or experienced fever or fatigue after vaccination were all more likely to report heavier menstrual flow than their peers. The type of vaccine didn’t seem to have an effect either way.

“I’m glad this innovative research on menstrual health is being conducted,” Leslie Farland, an epidemiologist at the the University of Arizona Mel and Enid Zuckerman College of Public Health who has studied how SARS-CoV-2 infection can influence menstruation, said in an email. “Traditionally, the emphasis in vaccine surveillance has been on pregnancy and fertility with little emphasis on gynecologic or menstrual health.”

Clancy suspects that menstrual irregularities following vaccination are much less prevalent in the population at large than in the researchers’ sample. Individuals who noticed some kind of menstrual change following vaccination were probably more likely to take the survey than those who didn’t. Had pharmaceutical companies conducting vaccine trials recorded data on menstruation, Clancy notes, they might have been able to capture the effect across a broader swath of people than was possible with a survey.

Changes to menstrual bleeding generally aren’t uncommon, dangerous, or indicative of changes to fertility, the researchers emphasized in the paper. COVID-19 vaccines are safe to receive while pregnant or breastfeeding and there is no evidence that vaccines of any kind harm a person’s fertility, according to the Centers for Disease Control and Prevention. Infection with the novel coronavirus itself, however, can cause fertility problems.

[Related: The truth about COVID, vaccines, ED, and fertility]

Nonetheless, it’s important to understand how vaccines might affect menstruation so that people aren’t caught unaware.

“This unexpected bleeding runs the risk of psychological distress for those who experience gender dysphoria with menstruation and physical harm for people for whom managing menstruation in public is dangerous,” the researchers wrote in the paper. Breakthrough bleeding among postmenopausal people can also be an early sign of cancer, they said. “When possible side effects to a medical treatment are not shared with the clinical or patient population, it may lead to unnecessary, painful, and expensive diagnostic procedures.”

Many people who filled out the questionnaire felt that their healthcare providers brushed off their concerns. “One of the things we found really compelling as we started reading the free responses in our study was the number of people who felt betrayed, whose trust was reduced, who were really hurt by they kinds of experiences they had when they tried to tell people they had this increased bleeding and then people dismissed their experience,” Clancy says.

Recognizing the impacts of vaccines on periods will help bolster trust between people who’ve experienced them and healthcare providers, she and her colleagues concluded. The team is now conducting a follow-up survey to determine how long changes persisted after vaccination.

The COVID jabs aren’t the first immunization to be linked to anomalies in menstruation, Farland wrote in her email. “It is my hope that in the future, information on changes to the gynecologic and menstrual health should be collected regularly as part of vaccine surveillance.”

Amelia Wesselink, an epidemiologist at the Boston University School of Public Health whose work has indicated that COVID-19 shots and other vaccines don’t impair fertility, described the new study as an important first step.

“Because menstrual health is not evaluated in vaccine trials, we lack any systematic data on post-vaccine change,” she said in an email. “This type of survey, designed to listen to the experience of menstruating people, is essential in developing hypotheses for future research.”