Maternal mortalities in the early months of the pandemic could have come directly from the virus or the burdens it placed on the healthcare system. 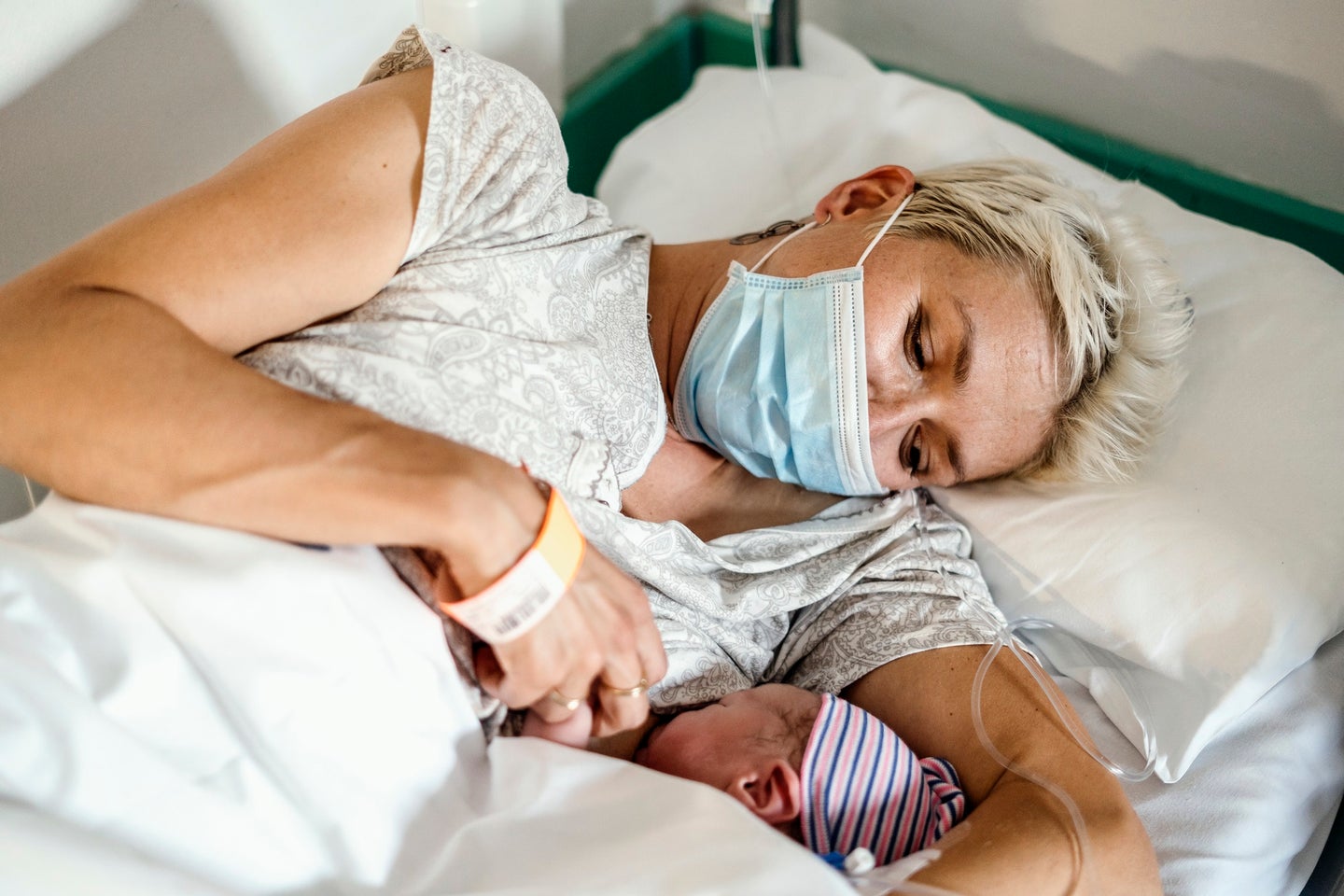 Pregnancy puts an immense medical strain on the human body—American mothers can attest to that. The US has the highest rates of maternal mortality among high-income countries, and studies show that COVID-19 made those rates worse.

A report from the National Center for Health Statistics (NCHS) released earlier this year showed that the virus disproportionately impacted pregnant people across the country, with an 18 percent increase in maternal mortality in 2020 from 2019. The increase in overall US mortality in 2020 was 16 percent, meaning that pregnant people saw a higher increase in death rate. But a new analysis from the University of Maryland and Boston University, published in the journal JAMA Network Open on June 28, finds that the rise in the maternal death rate was actually closer to double the initial rate that NCHS shared. The analysis also showed that Black and non-white Hispanic mothers may have been more critically impacted than originally thought.

Marie Thoma, an assistant professor in the UM School of Public Health, and Eugene Declercq, a professor in the BU School of Public Health, compared maternal mortality data from 2018 to March 2020—the pre pandemic period—against records from April and December 2020, after the pandemic began. This was a more finely partitioned analysis of maternal deaths than the NCHS report, which compared the entire year of 2020 against the entire year of 2019, despite the major shift in public health resources and risk due to COVID.

The researchers combined the first three months of 2020 with other years to make the data more stable, and found that the rates of maternal death during those pre-pandemic months were more similar to the earlier, pre-COVID years.

“We wanted to separate the first three months of 2020, since it wasn’t during the pandemic, because they could potentially dilute the rate for maternal mortality, which is what we showed,” Thoma says. “The increase that happened in 2020 was concentrated in those nine months after the start of the pandemic.”

[Related: What 1 million COVID deaths looks like from the frontlines]

Thoma and Declercq also analyzed the causes of maternal death, which were not included in the NCHS report. The largest increases were because of respiratory illnesses or viral infections—conditions directly related to COVID—and diabetes or cardiovascular disease—conditions made worse by COVID. Thoma is careful to note that interruptions in the healthcare system might have also played a role by delaying prenatal care or failing to detect pregnancy complications.

Racial disparities were also made evident in the data, with COVID listed as a secondary cause of death (maternal death is typically mentioned as the first) for 32 percent of Hispanic, 12.9 percent of Black, and 7 percent of non-Hispanic white women giving birth. This is compared to 15 percent of all maternal deaths that listed COVID as a contributing factor. This pattern is also reflective of COVID death rates across the US population: In 2020, Hispanic people had some of the highest mortality rates from the virus.

Parsing through the data was difficult in certain cases, especially when trying to understand the role COVID played. For some mothers, it was listed as the contributing factor to death; for others, COVID-related symptoms, like respiratory illnesses, were listed as the cause of death.

“Clarifying whether COVID-19 was an underlying or contributing cause in the cases could help [healthcare workers] think about the treatments they provide, and whether it should more directly address COVID or not,” Thoma says.

Thoma notes that she and Declercq plan to do further analysis with the research, especially given that this was written as a descriptive analysis of the data and published as a research letter. While their conclusions describe the patterns in maternal deaths during the early months of the pandemic, Thoma intends to dive deeper to more clearly describe some of the connections in the underlying causes.

“We wanted to get it out because we wanted to show how this was important,” Thoma says. “We had many questions with the NCHS report and when we did our analysis and saw this increase, we felt like it needed to be further explored.”

[Related: Black mothers face high death rates. Now they have to contend with climate change, too.]

As 2021 data on maternal death comes in, Thoma says she will be curious to see how public access to COVID vaccines may have impacted mortality rates. Though some pregnant people may have been hesitant to get vaccinated, they still likely saw an impact from increasing resiliency against the virus in the general population. What’s more, Thoma points out that the American Rescue Act in 2021 gave states the option to extend Medicaid postpartum coverage from 60 days after birth to one year. The additional coverage, she says, can play a crucial role in helping new mothers stay healthy. Congress is still debating over extending funding for the act through 2022.

“We can only see how [this kind of program] worked in 2021,” Thoma says. “But we would hypothesize it would lead to improvement.”