WHO announces that Uganda’s months-long Ebola outbreak is over

The outbreak was the worst Ebola epidemic in Uganda in 20 years with 55 confirmed deaths. 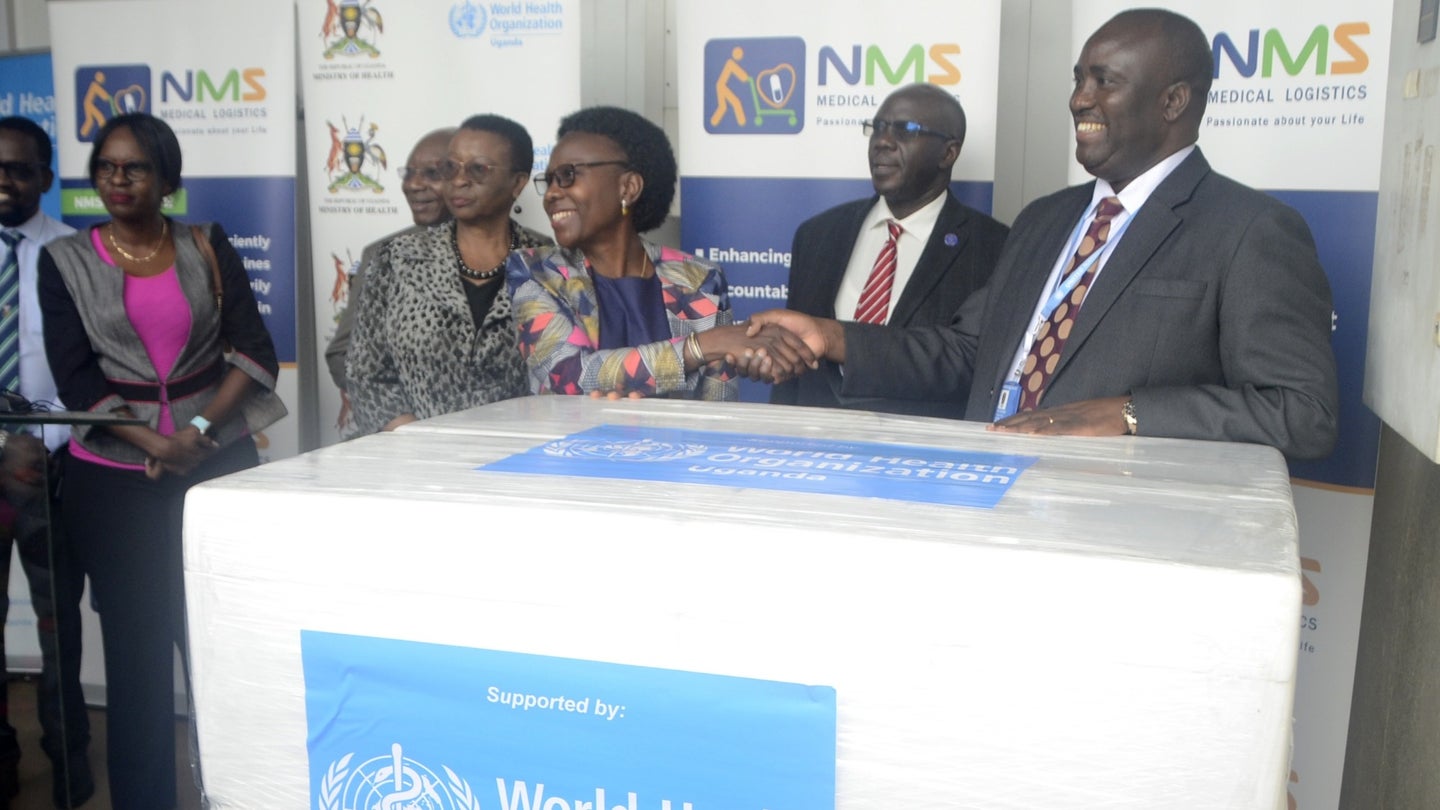 On January 11, the World Health Organization (WHO) and the Ministry of Health-Uganda declared that the country’s recent Ebola outbreak is over. An epidemic can be declared over by the WHO when no confirmed or probable cases are reported for twice the incubation period for Ebola infections, or 42 days.

The outbreak in Uganda was officially recognized on September 20, 2022 and saw 164 confirmed or likely infections, 55 lab-confirmed deaths, and 22 suspected deaths due to the virus.

[Related: Uganda’s Ebola outbreak is ‘rapidly evolving,’ according to WHO.]

The last recorded victim was a stillborn baby at 28 weeks gestation that tested positive for the virus. Previously, the baby’s mother had been infected with the virus, but recovered and was reportedly in good health. Scientists are studying both cases to understand vertical transmission, or whether the virus could have crossed the placenta to infect the baby. This kind of transmission hasn’t been a known risk with Ebola before.

The outbreak was caused by the Sudan Ebola virus, one of five known strains of the virus. According to the WHO, the Sudan strain is a severe and frequently fatal illness that is contracted through the bodily fluids of infected animals. It and all Ebola viruses spreads between humans via direct contact with infected bodily fluids. Some of the best prevention methods for Ebola are good hand washing, avoiding contact with infected bodily fluids and items that could become contaminated, and avoiding eating meat from infected animals.

There are therapeutics and a vaccine against another type of Ebola virus (Ebola Zaire), but vaccines or treatments do not currently exist against Ebola Sudan. Three vaccines are undergoing trials in Uganda and this recent outbreak was the country’s first of this strain since 2012.

Since the effects of Ebola infections including eye problems, headaches, muscle and joint pain, and fatigue can last years, the 87 documented survivors will continue to need ongoing care and will be monitored. It is also possible that they’re carrying active virus in certain parts of their bodies that could spark a new outbreak under the right conditions and circumstances.

“While we expanded our efforts to put a strong response in place across the nine affected districts, the magic bullet has been our communities who understood the importance of doing what was needed to end the outbreak, and took action,” said Jane Ruth Aceng Acero, Uganda’s Minister of Health, in a statement.

Matshidiso Moeti, WHO regional director for Africa added that only two short months ago, “it looked as if Ebola would cast a dark shadow over the country well into 2023, as the outbreak reached major cities such as Kampala and Jinja, but this win starts off the year on a note of great hope for Africa.”

A lockdown was imposed from mid-October to mid-December in two districts at the epicenter to try to stop the virus from spreading from the outbreak’s epicenter and tried and true virus control measures are credited with helping stop the outbreak.

“The Ugandans, they’ve been dealing with Ebola responses for going on decades now. And they’ve always managed to control them and prevent them from spilling outside their borders. But they managed to do that through just very basic control measures,” Joel Montgomery, chief of the CDC’s Viral Special Pathogens Branch, told CNN. “That’s eventually how this outbreak ended. We had really good contact tracing, really good Ebola treatment units that had been set up and then really, really good laboratory diagnostics,” he said.