Google and Levi’s Are Weaving Computers Into Your Clothes 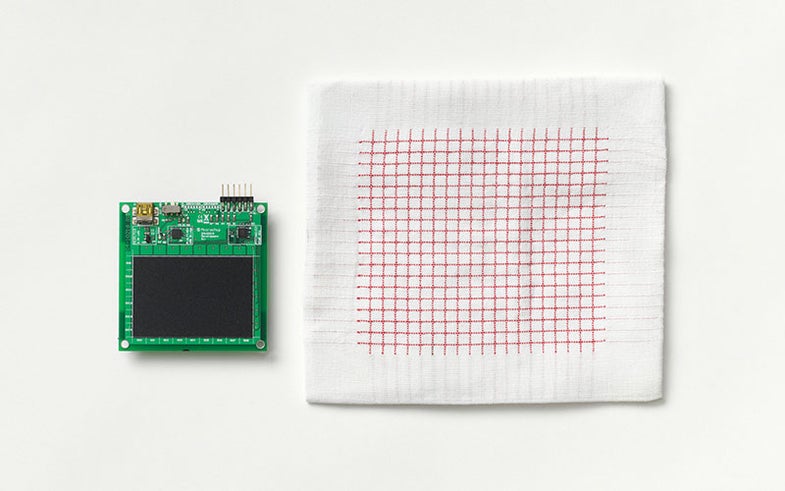 Google’s Advanced Technology and Projects (ATAP) group is one of the most exciting divisions of any major technology company: It’s where Project Ara, Google’s modular phone experiment, and Project Tango, Google’s 3D-mapping tool, were born and are continuing to be incubated. Now, Google is shooting for the moon with another big idea—Project Jacquard.

Project Jacquard is an effort to invisibly incorporate computers into objects, materials, and clothing. Everyday items such as sweaters, jackets, and furniture will be turned into interactive surfaces that can be used as trackpads, buttons and more. The objects will receive information directly from the surface of the material used to build them, eliminating the need for bulky plastic or metal parts. The objects will then transmit information to a nearby smartphone or computer using low-powered Wi-Fi.

In order to give everyday objects computing power, Project Jacquard engineers had to weave conductive yarns into common textiles. The yarn created for Project Jacquard combines ultra-thin metallic alloys and common synthetic yarn such as cotton, polyester or silk. The end result is a fabric that’s strong enough to be used in common pieces of clothing and home interior items. The yarn is meant to be indistinguishable from common household fabrics.

Creating a conductive textile material was only half of the equation. Project Jacquard engineers also created complimentary computers that are meant to power any textile-based wearable. The computer components created by the Jacquard team are no bigger than the size of a button, and they’re capable of capturing touch interactions and various gestures. The commands received by the sensor would be wirelessly transmitted to a mobile phone or other device within range.

This isn’t the first time we’ve seen conductive material woven into fabrics. But Google wants to help make such products less of a novelty and more common. In order to do that, the company will be partnering with fashion brands to integrate useful wearable computing into fashionable clothing. Google announced that the first partner in Project Jacquard is Levis. To learn more about Project Jacquard, check out the video below.