What In the World is Wally?

If you live anywhere near water or watch old Miami Vice reruns, you’ve seen go-fasts–those garish, arrogant, pencil-hulled runabouts, with their big V8s bellowing through open pipes. What you probably haven’t seen, and wouldn’t believe if it did blast past your porthole, is the 118 WallyPower. You haven’t seen it because there’s only one, and it’s in the Mediterranean. You wouldn’t believe it because this narrow, angular, black-glass-housed superluxury go-fast is 118 feet long, looks like a stealth fighter that missed the runway, and is squirted to a top speed of nearly 70 mph by a total of 16,800 gas-turbine horsepower. Price? $24 million.

To put into perspective that much grunt in a 110-ton boat: Last May, I found myself aboard a fast, modern Danish car ferry crossing the Kattegat. That substantial jet-drive, tunnel-hulled ship displaced 500 tons empty and didn’t have much more than twice the 118 WallyPower’s 16,800 horses, but they were plenty to propel a cargo of 200 cars and trucks, 800 passengers, a restaurant and a busy bar at a very impressive 50 mph. The Wally is built for eight passengers and a crew of four.

The Monaco-based company Wally Yachts (named after a Hanna-Barbera cartoon character, Wally Gator, which is a little like Boeing naming itself Snoopy Group) has, since 1993, been a high-tech-cruising-boat innovator. Its huge, all-composite sailboats, 60 to over 100 feet long, are prized for their computerized, hydraulically trimmed simplicity of operation, particularly when compared to boats that are rat’s nests of lines and winches and require large crews. A typical 80-foot Wally can be sailed solo.

The 118 is Wally’s first foray into mega-powerboats, though the company uses the same basic hull design for a 45-foot day boat and an 88-foot diesel yacht. All have carbon-fiber hulls, the 118 WallyPower’s flanked by two huge air intakes reminiscent of the Lamborghini Diablo’s angular, extendable air boxes. The 118 has five engines–two 370-hp Cummins diesels plus the three 5,600-shaft-horsepower Vericor TF50 gas turbines, which were derived from the Lycoming T55 that powered the big Vietnam-era Boeing Chinook helicopter. The diesels are there for low-speed maneuvering, because even at idle the turbines put out enough power to make waltzing around a marina rather challenging. The diesels run the impellers for the two steerable outboard waterjets. Once the boat is free of the dockyard, the turbines take over and a fixed central jet drive joins the raging chorus.

Most mega-yachts are furnished like the Dennis Kozlowski Suite at the Bellagio, but the 118 WallyPower, superbly crafted of exotic materials in and out, with thin wood veneers over honeycomb cores and lots of exposed black carbon fiber, is surprisingly spare–more Italian industrialist’s office than tycoon’s playpen. Perhaps Donald Trump brass-and-cheetah-print decor would be weird in a machine that looks like something built by DARPA. Yet for all its techno-extravagance, “this is really just a big day boat,” says Roger Marshall, a yacht designer and boating writer. “It’s not something you’re going to live aboard for three weeks while you motor across the Atlantic, it’s a boat you’re going to drive as fast as you possibly can with 16 bimbos onboard.”

And it’s a thirsty beast. The 5,812-gallon fuel tanks would suck your local marina dry. (The TF50s burn marine diesel fuel.) Miles per gallon? Actually, it’s gallons per mile–about 14, or to put it another way, 951 gallons per hour at top speed.

The Wally owner should budget, say, $400,000 a year for a professional crew. A marine engineer/mechanic with turbine experience is compulsory, for if a Cigarette or a Donzi is the turbo Mooney of fast boats, the 118 WallyPower is the Learjet, filled with complex–and dangerous if mishandled–hydraulic, electrical and electronic systems. These systems, like a biz jet’s, require pros who thoroughly understand them and are prepared for fast action. “If one of those engines comes apart, it’ll go right through the bottom of the boat,” says Greg Mullen of Dockwalk, a magazine for yacht crewpeople and captains.

Wally is awaiting a firm order before building the next 118. The company might have to wait a while. “I don’t think it’s a marketable product,” says Roger Marshall. “It’s a high-speed boat that is way overpowered and expensive as hell to run, so the market consists of very few people.”

Yachting magazine technical correspondent Dudley Dawson, who last September sailed aboard the 118 WallyPower for a demo run, points out that though several different gas-turbine luxo-yachts have been built recently, “almost without exception, the second owner of those boats, and the second boat in the series, have diesel engines rather than turbines. Very few people keep the turbines. They’re finicky to maintain in a marine environment, and the fuel consumption–gallons per horsepower–is much higher than that of diesel engines.”

Still, there is demand out there for exotic mega-yachts, which are the ultimate realization of the classic definition of a pleasure boat: a hole in the water into which you pour money. There are currently two 400-footers under construction in Germany, and a 500-foot private yacht is rumored to be quietly abuilding elsewhere in Europe, the latter longer than the tramp freighters and tankers aboard which I crewed during my misspent youth.

“You start talking that kind of money,” says Mullen, “and there’s speed freaks who have it too. But after the first (118 WallyPower) is out there, and maybe the second, that’s probably it. The thing about mega-yachts is that the next buyer always wants to outdo the guy before him. The next boat always has to take it a little bit further, a little bit faster.”

If so, the increments of advance will be minute, for water is an obstinate medium. Imagine where we’d be if today’s cars and airplanes went not even twice as fast as their century-ago equivalents. In 1902 a boat named Arrow did 45 mph, a world record. This was a narrow, classic Victorian steam yacht with a deckful of passenger chairs and a foursquare wheelhouse. She was 132 feet long and developed 8,000 hp from two steam engines. The similarly proportioned 118 WallyPower has double the power but not nearly double the speed. 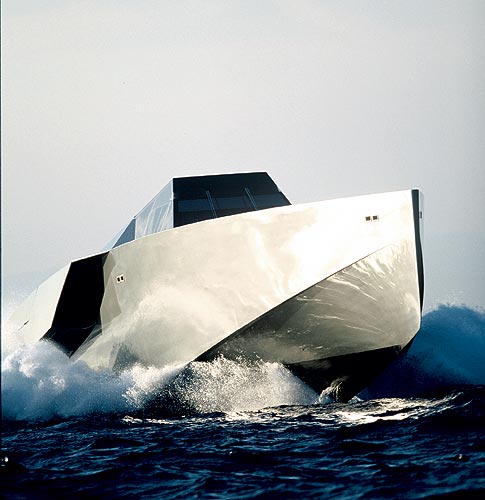 Wally go not very lightly at all: 16,800 horsepower of turbine power blasts this high-tech beast to nearly 70 miles per hour, yet it’s more or less a day boat–too fuel-thirsty to make long trips. 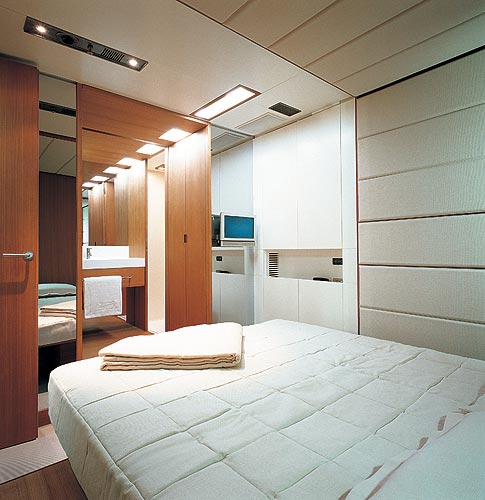 Inside, befitting the severe exterior look, is decor from, say, a cool South Beach Ian Schrager hotel. Got $24 million burning a hole in your pocket? The 118 WallyPower is waiting. 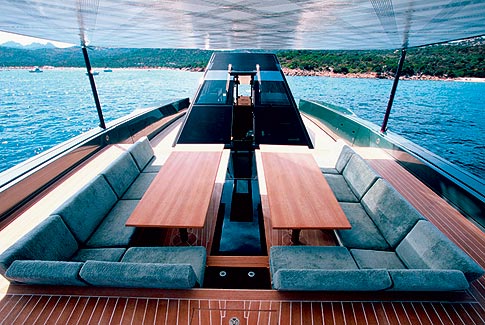 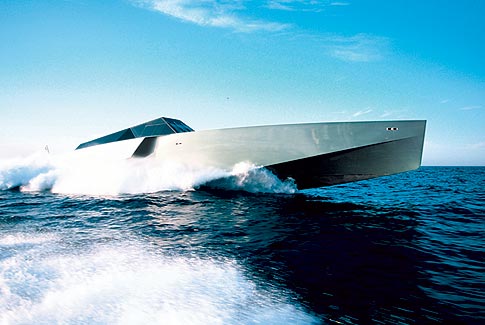