Inside stuff: A hidden feature launches the M3, but faster in Europe. 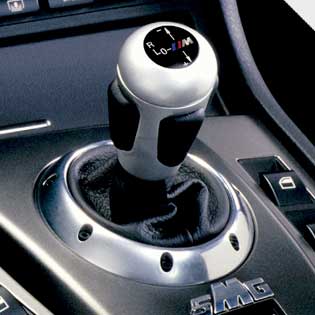 by Courtesy of BMW

There’s a cheat code in the software running the BMW M3’s sequential manual gearbox (SMG): Press the right buttons in the right order and the car will launch you from a stop after revving the engine to 5,000 rpm. But don’t look for a how-to in the owners’ manual–this feature is undocumented, an inside joke of sorts.

To our knowledge, it’s also the first automotive “Easter egg,” though–with increased reliance on computers–it would seem just a matter of time before they become standard fare, much like the hidden features in PC games and DVD movies. In the M3’s case, there’s also good reason for it: The SMG transmission is completely electronic, so you can’t rev the engine and drop the clutch for tire-smoking acceleration–something the owner of a performance sedan just might want to do occasionally.

But there is a catch. In Europe, where the feature isn’t so hush-hush, doing more than 15 launches voids the car’s warranty. Federal laws prohibit such stipulations here, so BMW has turned down the wick. U.S.-spec cars are programmed to wind to only 2,500 rpm–and our test car topped off at 1,800. That’s why you have to ask your dealer to install the European software. Most will happily oblige.

For lucky drivers of this hot car, here’s how: Switch off the stability system and select shift program six. Switch the engine to sport mode. With the hand shifter in drive, hold it in the downshift position and press the gas pedal. The engine will rev to the preprogrammed rpm and hold. Now release the shifter. The car will launch forward violently and the engine’s revs will climb quickly, so be prepared to upshift.