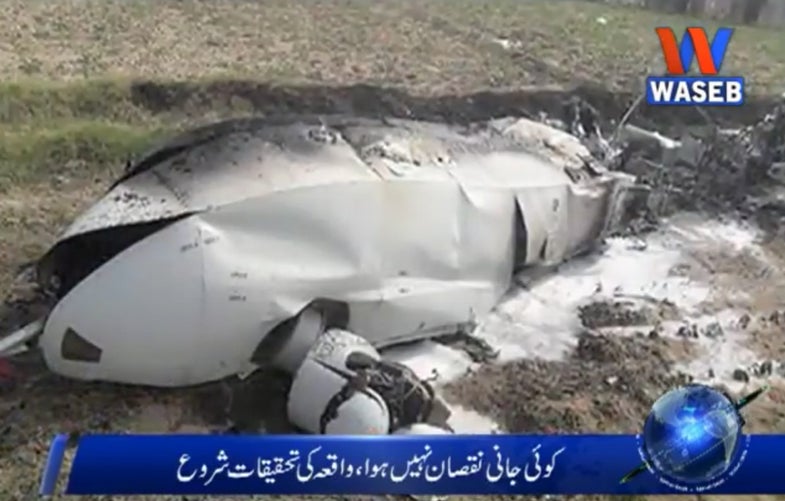 Last weekend, a drone flown by Pakistan’s air force crashed just shy of four miles from an airbase in the Punjab. The drone appears to have been a Chinese-made Wing Loong. The drone, also known as the Pterodactyl, serves with the Chinese military, as well as that of Egypt, the United Arab Emirates, and Saudi Arabia.

When it crashes, its head pops open.

Until this crash, Pakistan was not a known operator of the Wing Loong. The drone resembles America’s iconic Predator drone, and like how the Predator begat the Reaper, there’s likely an improved version in the works, which might be what Pakistan is really after.

The engines of the Chinese drones appear to lag behind their American counterparts, but America is fairly strict about who it sells advanced technology to.

For countries that want to buy armed drones, China is happy to fill that void.