How An A.I. Donald Trump Is Making Twitter Great Again 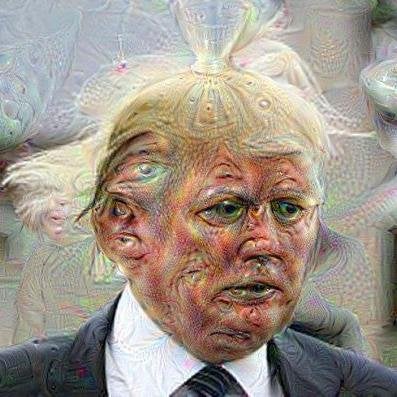 As if the world needed more Donald Trump, a researcher at MIT’s Computer Science and Artificial Intelligence Laboratory has created an artificial intelligence algorithm that spews Trumpisms, 1000 characters at a time.

The neural network, called DeepDrumpf from John Oliver’s bit on Trump’s family name, trained on transcripts of Trump speaking at debates and interviews, generates 1,000-character chunks of text based on what it’s read. The network’s creator, post-doc Brad Hayes, then takes the best 140 characters and tweets them.

All the speeches and debate transcripts only amount to about 200 kilobytes of data, Hayes told Popular Science, which is a very small amount of information for the network to learn from. Usually these algorithms require tens of millions of words, for something like Facebook’s automatic translation feature.

With that in mind, Hayes’ algorithm isn’t completely flawless yet.

“Not everything that comes out is English, so there’s still a bit of manual effort to prune out some of the garbage and pick out the pearl of hilarity,” Hayes said.

Luckily, Trump often speaks in fragments and interrupts himself, too.

The algorithm works by selecting a random letter, and then predicting what letter would normally come next, based on the original text. This seems simple, but underneath each decision is a wide spiderweb of connected words and letters. Because letters are correlated with words that the network has analyzed, and words are correlated with other words and phrases, each letter is actually a highly-weighted decision.

In the future, Hayes plans to automate the pruning and posting process so DeepDrumpf will be a real Twitter bot. Then, he says, it’s on to the other candidates. By using speeches from the other candidates to make other bots, and then forcing each bot to each other’s tweets, Hayes wants start an A.I. Twitter debate.

“If I can take all the speech data from the frontrunners, I can…have them talking over each other for the rest of eternity,” Hayes says. “Or at least until the server shuts down.”