Hands-on with the email-friendliest cellphone 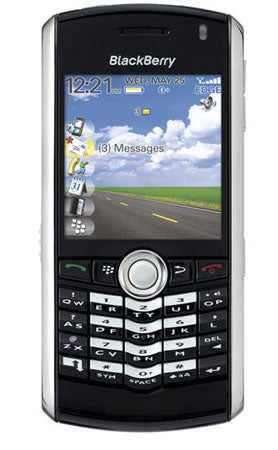 Ever since I was a wee girl with a first-generation iPod, a three-megapixel digicam, a clunky cellphone and a ginormous laptop (OK, I wasn’t that wee–it was like four years ago), I’ve lusted after a gadget that could do everything and take up next to no space. I mean, wouldn’t it be amazing to be able to shoot and store photos, surf the Web, check e-mails, and listen to music files on one device small enough to slide casually into a back pocket? Yes. Yes it is amazing, because I’m doing it right now, using the new BlackBerry Pearl, which officially hits the market today. True, there have been other devices before this one that have integrated my wish list of technologies, but the Pearl is by far the most elegant and tiny version I’ve had the pleasure of using.

With a trackball, an application menu similar to the Mac OS X dock and an intuitive keyboard orientation, the device is simple to use for old hands and BlackBerry neophytes alike. Just two inches wide, it’s skinnier than the RAZR, and with micro-SD storage, it holds just as much music as the iTunes-equipped SLVR. It also takes 1.3-megapixel photos, which I enjoyed pinging directly to my Flickr pool using Shozu.

But one of my favorite Pearl features is the mapping function. I’m a hopeless idiot when it comes to direction, but all I had to do was plug in an address, and the phone displayed a street map of the area to help me find my bearings.

Sending and receiving e-mails is a snap (that’s BlackBerry’s forte, after all), and even Web browsing–which I never like to do on a cellphone–is tolerable as long as you’ve got a good wireless signal. Now, if only BlackBerry would include a credit-card function (see “Your Phone Is So Money”) and a built-in tube of lipgloss (what? I’m a girl), I might not even need a handbag anymore.