A new brand of running shoes lets you mix and match parts for a more-precise ride, and seems to actually work 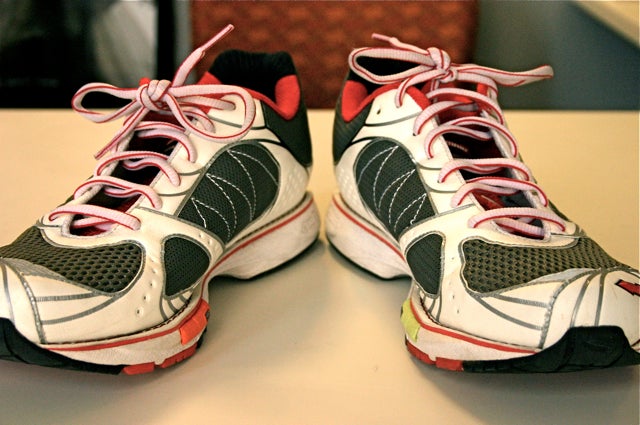 In an earlier column, I suggested that shoe reviews are often not worth much, since everyone is so different. Well, that’s exactly the logic behind the Somnio shoe I’m about to give a positive review. Somnio is the brainchild of Sean Sullivan, a long-time gear designer who created a shoe with modular parts, so you (or rather, the trained guy at the shoe store) can dial in just the right arch support and cushioning for your stride. Sullivan recently came by the office and fitted editor Doug Cantor and myself with our own sneaks. It turns out I’m a little lopsided.

The key measurements Somnio takes are arch height (mine are very high) and pronation, or the amount your foot rolls in when it lands (I underpronate on the right and am fairly neutral on the left). Sullivan measures this by shining a straight vertical laser on the knee and then having you squat—how much your knee deviates from that straight line as the leg bends indicates how much your leg and foot roll inward on a step. Then he props up the inside of the foot with different size wedges until the knee traces that straight line. 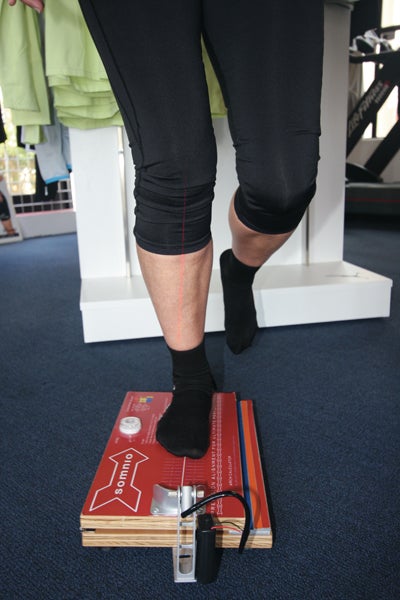 Not my legs. Measuring a runner’s alignment to determine the amount of support he’ll need.

Somnio has four basic models of shoe from neutral to stability (or highly supportive), but each takes the same swappable parts: a footbed, or insole, which address arch height; a “varus wedge,” which should correct (not just cushion) overpronation by changing your step; and separate inserts for heel and forefoot cushioning, which mostly adjust for the runner’s size and mileage. Each of these parts has three options, creating several hundred possible configurations. Doug pronated a bit more than me, so he got the big wedges. I got the flat wedge, big arch support and less forefoot cushioning on the right than on the left to encourage that foot to roll in a little more. 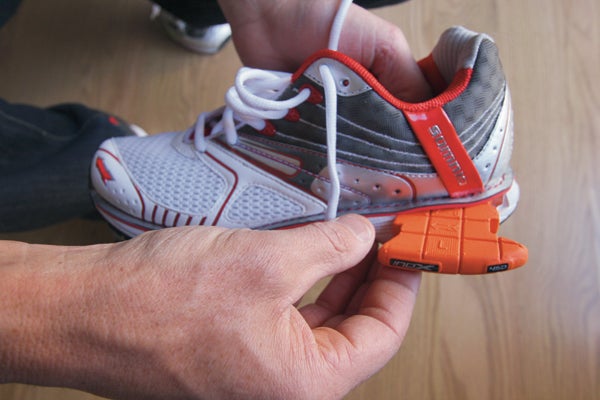 Inserting a custom cushion into the shoe’s heel

After more than 50 miles in the shoes, I have to say I do in fact feel the difference. The arch support is significant and now any other shoes I wear feel too flat. And I do notice my right foot rolling in more than the left. The shoes are a bit heavier than my old Sauconys—combined with the styling, I feel a little like I’m strapping on old-person sneakers. But Somnio does have a sleeker lightweight trainer coming out soon. I’m curious how these will hold up when the runs get longer. The parts aren’t designed to be changed by the user, but Somnio says some exceptions could be made for the forefoot cushioning. I hope so. I understand why they’d want to keep the “prescription” in the hands of professionals (they’re only going into specialty running stores where the sales people have been trained in the system) so people don’t give themselves pains and blame the shoes—but the idea that I can make adjustments myself instead of going out to buy a new pair of shoes is appealing. (Plus, the little metal tool used to pop the cushioning in and out doubles as a bottle opener.)

Best of all, the Somnio’s aren’t that expensive to begin with: starting at $110. The bad news is that they’re only in 140 outlets. Check Somniorunning.com to see if there’s one near you.