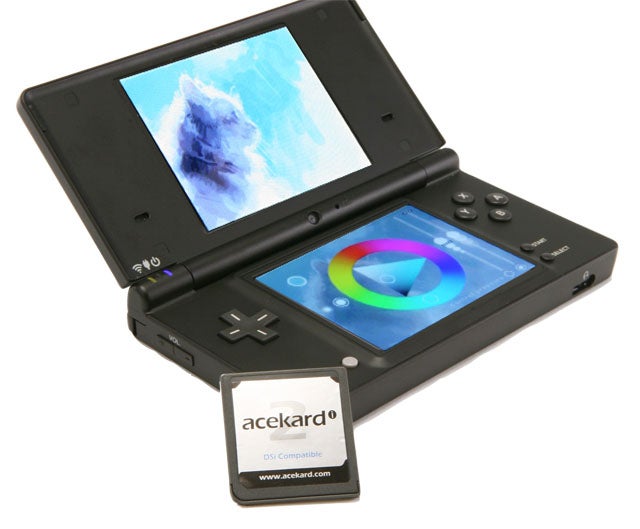 When Nintendo debuted its DSi game console earlier this year, it closed the loopholes hackers had used to run homebrew applications—unofficial software distributed freely on the Internet—on its predecessor, the DS Lite. But hackers soon found holes in the DSi’s software too, and now DSi-compatible “flash carts,” specially modified cartridges that allow you to run custom code, are coming to market.

Although homebrew software often lacks the polish of professionally developed games, it can give the DSi functions no store-bought cartridges can match, like a full-featured illustration app [see above], an MP3 player and emulators of classic game systems. And hey, did we mention it’s free?

3 Homebrew Apps for the Nintendo DSi

For an extensive list of even more DSi homebrew apps, see popsci.com/dsihomebrew

DS Organize (dragonminded.com)
This handy productivity app features basic PDA functions like a calendar, address book and to-do list, in addition to a Wi-Fi-enabled IRC chat client and Web browser.
LMP-ng (cecm.usp.br/lucas/lmp-ng)
Unlike Sony’s PSP, the DSi’s integrated music player only supports AAC files. LMP-ng fixes that, playing MP3, WAV and OGG files, which you navigate through a slick iPod-inspired touchscreen interface.
SNEmulDS (snemul.com)
SNEmulDS brings near-perfect Super Nintendo emulation, with full graphics and sound for most games. Many Web sites offer game files, but note that some of these may be in violation of copyright laws.

We used Acekard’s 2i flash cart with DSi support ($30; acekard.com). Directions for other flash carts may vary.
1. Download the Acekard’s firmware from acekard.com, and copy the file “akmenu4.nds” and the folder “_ak2” to the root folder of the flash cart’s microSD card.
2. Download homebrew apps, and copy the “.nds” files to the microSD card, following any additional instructions for each app.
3. Insert the microSD card into the Acekard’s slot, and insert the Acekard into your DSi like a normal game.
4. Select “acekard 2i” from the DSi menu to load the homebrew app launcher. Click your app and go.

For an extensive list of available homebrew software for the DS and DSi, see Wikipedia.