Hide From GPS With This Signal-Blocking Phone Case 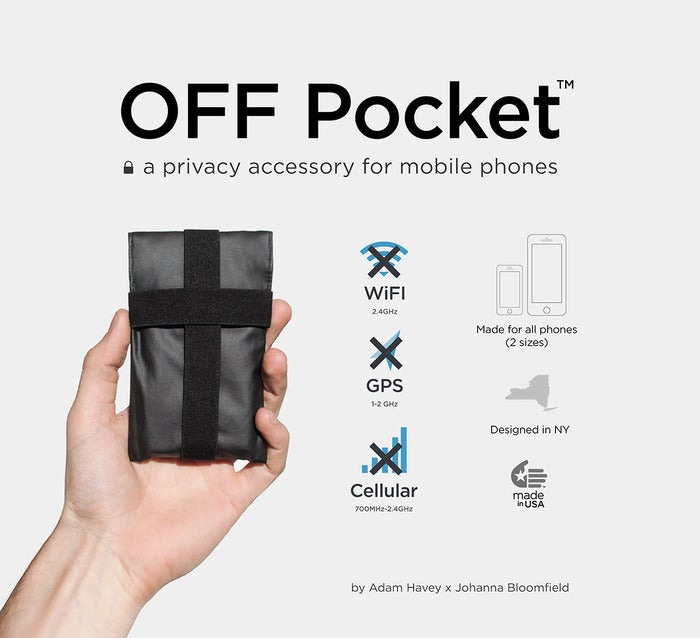 Just four data points from a location-tracking cellphone were enough to reveal the identities of 95 percent of people in a recent study. Is that a problem for you? This new Kickstarter campaign offers a solution: a signal-proof phone case called Off Pocket.

Why not just turn the phone off? What appears to be “off” on a phone might not be a pure off state. As Electronic Frontier Foundation technologist Seth Schoen explained to The New York Times, “These modes often allow the device to wake up autonomously if certain conditions are met, such as pressing a certain key or even receiving certain data over the Internet on a wired Ethernet connection.” Spooky.

The Off Pocket prevents this because it is essentially an electric field-blocking Faraday cage. Often used to protect electrical equipment from lightning strikes, Faraday cages are an enclosure of metal or metal mesh. Besides guarding against lightning, Faraday cages also block the radio waves that cellphones use to communicate. A weak Faraday cage can be formed using an empty soup can and a piece of aluminum foil. (In a pinch, cocktail shakers also make a decent Faraday cages, but they’re hard to carry around in a pocket.)

Off Pocket isn’t the only attempt to convert the signal-blocking utility of a Faraday cage into a phone accessory. The aptly-named Faraday Bag line of accessories by British data recovery company Disklabs includes pouches to shield cell phones from signals, as well as laptop-sized options. Though now discontinued, “My Phone Is Off For You” was a commercially available handkerchief sewn with silver fibers. The handkerchief designers now sell a signal-blocking pouch called Blokket, which is available from the Museum of Modern Art’s online store.

You can pre-order the Off Pocket pouch via Kickstarter for $75.

Here’s a video from the creators of Off Pocket: