Why Doesn’t The iPhone 5S Have NFC?

Apple calls the newest flagship iPhone, the iPhone 5S, “the most forward-thinking iPhone yet.” Sounds great! We love looking forward.... Apple calls the newest flagship iPhone, the iPhone 5S, “the most forward-thinking iPhone yet.” Sounds great! We love looking forward. But the iPhone, unlike its chief competitors in the Android world, can’t handle tap-to-pair with speakers or accessories. When the U.S. finally catches up to Japan and South Korea and makes tap-to-pay with your phone, or tap-to-swipe your subway “card” ubiquitous, the iPhone 5S won’t be able to do any of that fun stuff. How is Apple thinking forward if it’s ignoring one of the most widespread up-and-coming future technologies?

The caveat, right up front: NFC is not spectacularly useful right here and right now. It’s a feature that comes in just about every Android and Windows Phone, but isn’t advertised in most of them; it’s just one more sensor in a device crammed full of sensors that most consumers neither understand nor, frankly, need to understand.

But! It’s also a very cool thing, and it’s going to take off sooner or later, and those phones will be prepared for this future. The iPhone 5S will not. To really fulfill its potential, we’re going to need a lot of infrastructure changes, which cost a lot of money. Every subway entry is going to need an update to support NFC. Every point-of-sale device in every store and every ATM is going to need that same update. Every store that has a buy 10, get one free customer loyalty card is going to have to convert that to digital. Every credit card company is going to have to get together and agree on the way this is going to be done. Individual state governments will have to do the same for driver’s licenses and IDs. Same with the federal government and passports.

But none of that is completely out of reach; it’s been done in other countries, and it’s on its way here, in some fashion. Mobile payment systems like Square have caught on; dealing with money and identity through our phones is not something that inherently terrifies us. We can do it. 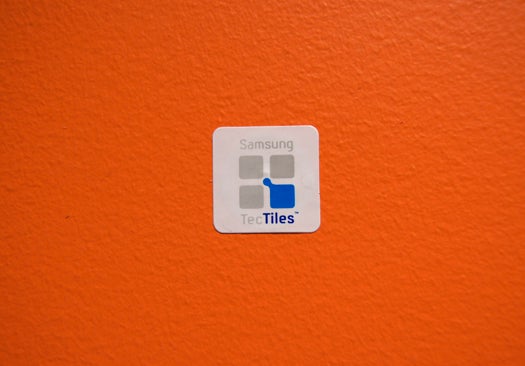 And there are actually a whole bunch of cool things you can do right now with NFC! I really love the Samsung TecTile stickers, which you can tap with your phone to trigger all kinds of things. Stick one on your bedside table, and when you lay the phone down there at night, it’ll switch on your alarm but turn other modes to silent, keep your phone on lower power usage, text your significant other, turn Wi-Fi on and off, or all kinds of other things. NFC speakers, like these Nokia-branded ones from JBL, let you pair without dicking around in your settings. Just tap your phone on the speaker and bam, it turns your Bluetooth on and automatically connects you do the speaker. Very easy, very cool.

Apple likely didn’t include NFC in the iPhone 5S because Apple nominally likes to present itself as a minimalist tech company, not including things that don’t add significantly to the experience of using the device. (That’s why iPhones don’t have styluses like the Samsung Galaxy Note, gesture control like the Samsung Galaxy S, or optional software overlays like the HTC One.) And that’s good! We support that attitude. But Apple also, as the company with the most promotional power in the entire industry, has the ability to singlehandedly change things. If Apple had included NFC in the iPhone 5S, and really pushed it, who knows what could change? Maybe an explosion of new gadgets. Maybe pressure for stores to update their point-of-sale devices to support this cool new iPhone. Apple has that power, and we sort of wish they’d exercised it.