Liveblogging The iPhone 5S Event From My Busted-Ass iPhone 4S

I am typing this on an old decrepit iPhone. 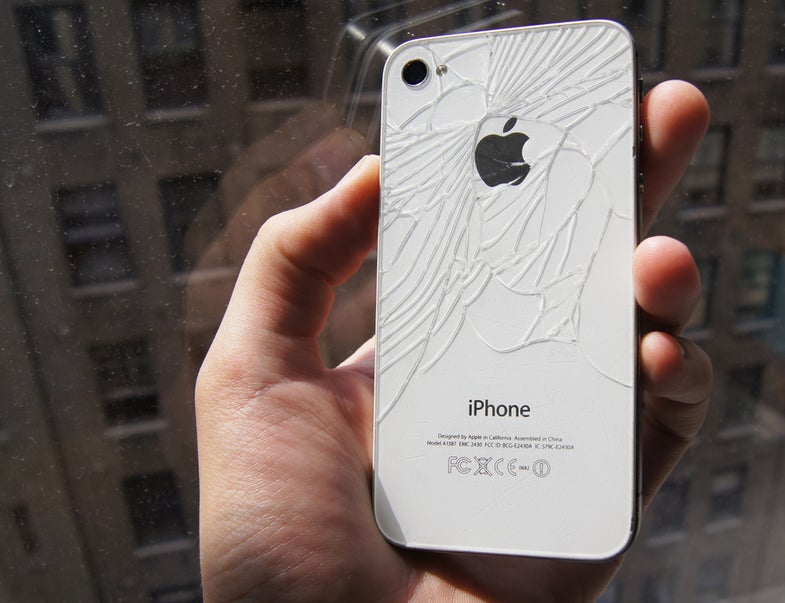 greetings! I’m live blogging today’s iPhone event, at which we’re expecting to see at least one new iPhone, from my old iPhone 4S, which is moderately broken. There’s a hairline crack on the left side of the screen, which is unsightly and also sometimes makes it hard to select things on that side. The back is pretty much shattered, which is a recent development. (I put the iPhone on the armrest of my couch and the. N kicked it off while napping, like a dog having dreams about chasing squirrels except I think that day I literally had a dream in which I bought too many radishes (???).)

12:15: haha omg HTML is SUCH A BITCH to use on an iPhone. This is going to be slow as hell. Also my phone is already VERY hot from the effort of just setting up this post.

12:18: the cracks on the back of the phone are shedding small shards of glass into my palm.

12:20: whoops I guess the HTML screwed up the bold text on that last update. My editors aren’t allowed near this post, btw. It’s probably wise of them to distance themselves from it.

12:26 I’m also using 3G because 1. That’s the only network his crappy old phone has and 2. I’ve never been able to figure out how the in-office wifi works here at popsci. I’m a professional tech journalist btw

12:30: who the hell decided GLASS was a good material for a thing you fumble with while drunk. Jon I’ve is this your fault

12:35: I’m sitting at my desk, with a nice new iMac and a LEYBOARD AND MOUSE and an extra monitor and typing this on a cracked 3-inch screen like an idiot

12:37 I forget where the carrot symbol is every single time I need to type it, the iPhone is not liveblog-friendly, 4/5 stars

12:39 I messe up the closing HTML tags again

12:44/ sometimes my phone stops saying it has 3G signals and instead gives me this little sad circle. But I haven’t moved! I’m in the same chair I was in when I had 3G. I don’t get it

12:46 I HATE THOSE CLOSING HTML TAGS WHYYYYY also I keep clicking on ads by mistake which is screwing everything up. Hey does emoji work in our CMS? :confounded:

12:52: a telemarketer just called and interrupted my live blogging. Good news though: there is no problem with my credit card

12:56 wait is there no love stream? Ughhhhhh fine I’ll read the Verge’s liveblog. I’d link to it but by the time I finished writing the HTML for a link the event would be over. 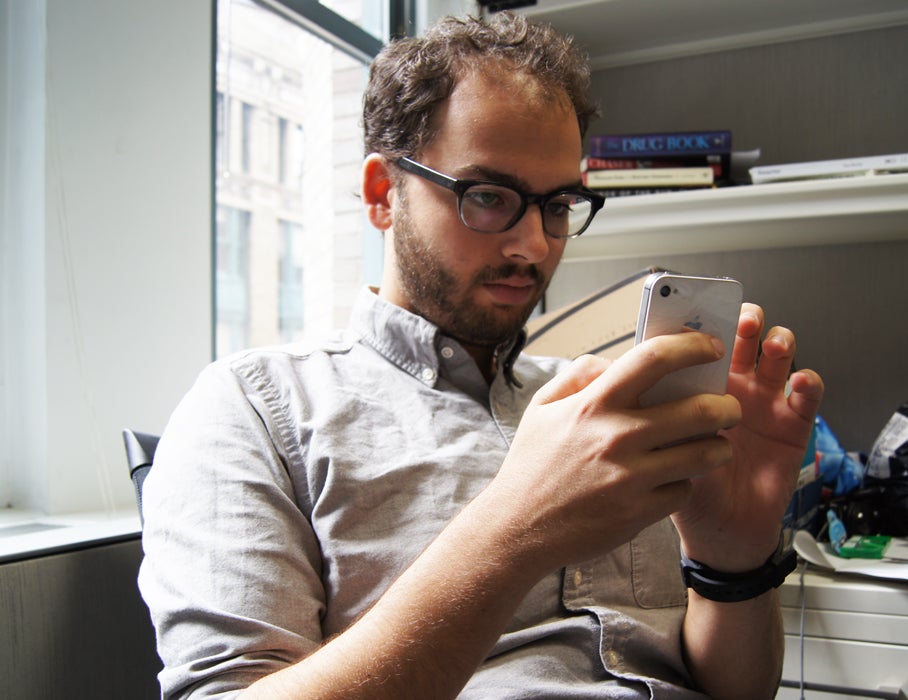 1:05 i just saw a picture of Tim cook in front of a black projection screen tha says “Retail.” Cool

1:09 I have to pee. The cool thig, the only cool thing, about iPhone liveblog gig is that I can do it from the bathroom.

1:14 Tim cook is talking about ios7 now, which is pretty but not new. I’ve written about it before, I would link to previous coverage if that seemed technically feasible. Go to popsci.com I guess

1:16 the verge says there are “new, more textures ringtones.” I never tried to touch a ringtone before but I hope the texture is like the fur of an Australian brush tail possum.

1:20 commenter says “I do not understand how this guy still has a job… This is one of the dumbest blogposts I’ve ever seen.
First of all, the biggest problem you have with your iPhone is your own fault. You can’t really blame Apple for your inability to keep your phone safe.”

1:23 there are two new iPhones. I only need one to replace this one though.

1:25 first is the iPhone 5C. it’s available in colors. For example yellow

1:26 other colors include blue. And green

1:28 who will be the first to wonder if apple is ripping off Nokia with these bright colors??? Fire that person

1:31 the iPhone 5C will cost $100 for 16gb and $200 for 32gb. Probably don’t buy it, cellphone plans are long and expensive so why get a chep bad phone when you’ll have to she’ll out thousands of dollars over the next two years. Buy good phones, that’s my controversial opinion.

1:32 i feel like I’m getting the hang of HTML on this thing!

1:35 there are like a million colors of this new $30 case but they all look like a 1950s children’s toy version of a rotary phone

1:36 now there’s the iPhone 5S. That gold color looks so bad, what kind of monster will buy it? Tweet at me if you’re planning on buying the gold version so I can block you.

1:39 64 bit apps. I know what that means but my hands are sort of cramping up so I’m not going to try to explain. But I want you to know that I know.

1:40 hell if I know what “2x general-purpose registers” is though. Glad we have more of them this time I guess.

1:44 when will they talk about whether the thing will shatter if you drop it

1:47 Jenna Wortham, who writes about technology for a website called the New York Times, told me she wants the gold iPhone. I’m blocking her on twitter 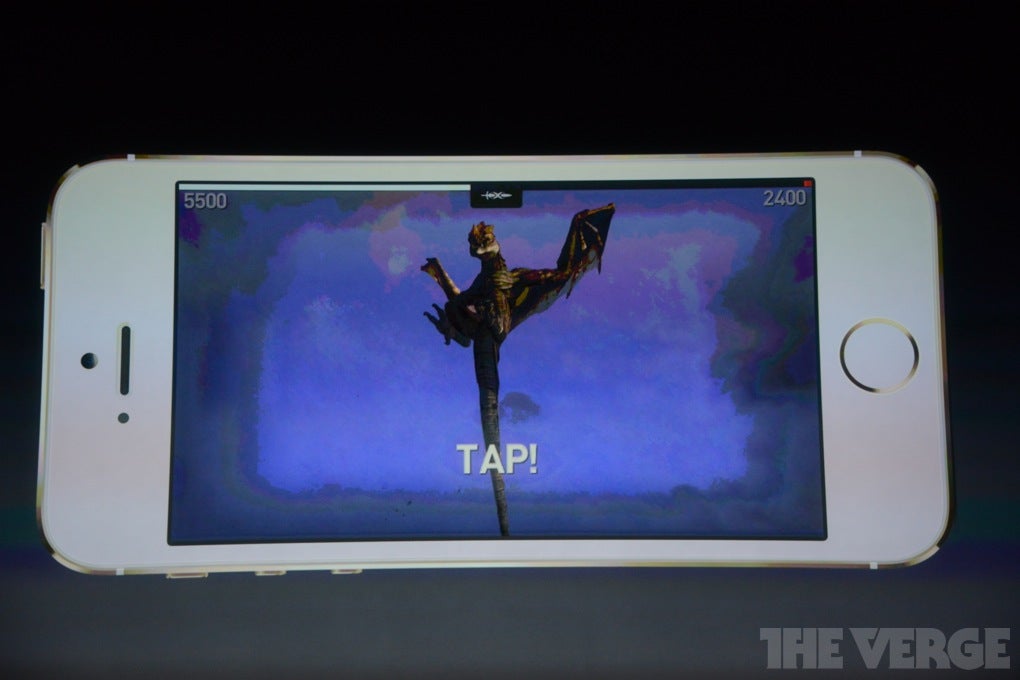 1:51 I cheated and uploaded that image with my computer. I think it’s impossible to upload images to our CMS from an iPhone. When will Phil Schiller address this

1:53 the new iPhone 5s has a better camera. Bigger sensor, image stabilization, burst mode. That’s fine! The camera is unheralded as maybe THE main thing that puts the iPhone above android phones in quality–apple’s image processing is amazing, way better than even flashy HTC and Nokia cameras.

1:56″7 whenever people gchat me it goes DONGGG on my phone and then I have to scroll all the way back down to where I was typing. Stop it I’m trying to do journalism

1:59 so there’s a capacitive fongerprit sensor over the home button, like we thought. Cool technologically, but remember that if the NSA demands it, apple will turn over your fingerprint, which will then be connected to your entire online identity and location. THIS IS SCARY! FIGHT THE MAN! VOTE DE BLASIO!

2:02 iPhone corrected fingerprint to fongerprit? Ok greetings from the Netherlands I guess

2:05 oh apple says they encrypt the fingerprints. Cool because its not like it was just revealed last week that the NSA has been working for decades to break just that kind of encryption oh wait