Snapchat Is More Important Than Hacks And Sexting Teens

Snapchat is much more than just an encrypted messaging service. It's a form of communication that gives us a break from the way we usually communicate. 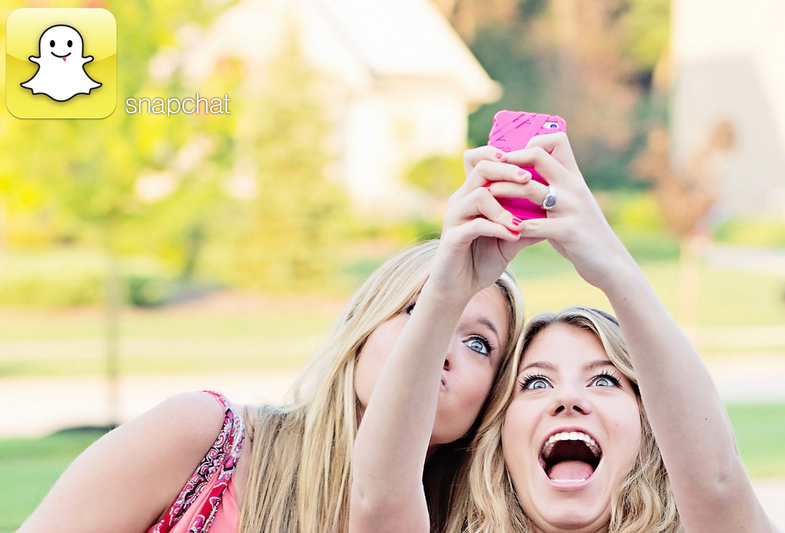 Snapchat, a messaging service which allows users to send photos and videos that self-destruct after a few seconds, has a flaw deep in its DNA. This morning, a 24-year-old named Richard Hickman, of Decipher Forensics, a company specializing in data recovery, found that he could recover some data he wasn’t supposed to. “Snaps,” as the messages sent via Snapchat are called, stick around, to some degree, when received with Android phones. Coverage of the flaw suggests that sexts will now be spread and teen lives will be ruined. But that overlooks what Snapchat means, and why it’s important. And it is, in the way a smartphone app can be important, important.

When Snapchat debuted, and for a good few months after it had begun to catch on, it was dogged with the accusation that it is nothing more than an app for exchanging nudie pics. What use could there be for a photo/video messaging service that deletes the message after a few seconds, if not for sending inappropriate (read: sexual) things? Anyone who’s used it, really tried to use it, knows differently, as I’ll get into in a sec, but that conception of the service stuck around even as Snapchat took off, which is why local news anchors tonight will express concern about our children’s privacy. The privacy element is important, but Snapchat is a response to other issues that get ignored in the wake of easy-to-understand “hacking” scandals–oversaturation, impermanence, and the online presence, to name a few.

This isn’t the first time fears of Snapchat’s persistence have caused a stir. In late December, BuzzFeed’s Katie Notopoulos discovered that some Snapchat videos could be saved outside of the app. There was a particular trick to it; you had to dive deep into your phone’s file tree and retrieve the video from a temporary folder before opening it. If you opened–aka viewed–the snap, it was gone. Snapchat says they fixed this bug.

Now, with over 150 million snaps sent every day, Snapchat is a legitimate communication medium. And the hubbub about its “hackability” misses some key points.

Snapchat is about more than sexting. This seemed ludicrous when Evan Spiegel, creator of the app, stated it. “I certainly don’t think that the service is used that way typically,” he said recently at the All Things D conference. But he’s right! I and a group of other tech writers (who shall remain nameless) use the app often. It began semi-ironically, I suppose, wanting to try out a silly faddish app for teens, but we realized pretty quickly that the app actually fills a gap in our communication.

Most of what we do online is permanent, much more permanent than we realize when creating it. A diary entry you wrote on LiveJournal in 2002 is still online, somewhere. Your first tweets are still out there. You can dig up emails, logs of IM chats, photos posted on Flickr, status updates on Facebook. (Or, more recently, a meme-ified instant hero had his image shattered by decades-old arrests.) Our output is quickly covered over by new items, but that doesn’t make it go away.

It allows messaging to be ephemeral and experimental.And that’s what’s so freeing about Snapchat. It allows messaging to be ephemeral and experimental. You don’t necessarily want to take an Instagram shot of your weird neighbor or post a Vine of yourself sprinting up and down a rare empty subway car. Those are silly moments, and they don’t need to be part of your online portfolio. They’re not embarrassing, either, although they can be, and that’s okay. The stakes are so much lower with a photo or video that’ll only exist for nine seconds; a lousy snap earns a shrug rather than judgment, and a great one is a fantastic surprise. Your future employer will read your tweets, but won’t see your snaps.

It sounds ridiculous, but there is something lovely and beautiful and very today about visual art that exists only on a four-inch cellphone screen for a few seconds. Internet culture is overwhelming; there’s too much of everything. Snapchat is the one service that you wish there was more of. You wish you could save it. You wish you could keep experiencing it. When was the last time you went to a concert and weren’t surrounded by people taking photos and videos on their phones? Non-recorded experience is a hard thing to find in 2013.

It’s an ideal service for capturing the world in a more personal, thought-free (but not thoughtless!) way than any other service. And that’s helped along by the fact that you don’t publish snaps–you send them to individuals, tapping on their names out of a list you create.

Snapchat is not really a great way to sext, because, well, there is no great, or at least secure, way to sext. It’s well-known that you can take a screenshot while a snap is on-screen; the only “protection” is that the sender gets a notification that their snap has been screenshotted, which is kind of like getting mugged and then getting a letter in the mail that reads “You’ve been mugged!!” There’s no password on the app itself, either; anyone with access to your phone can view any new snaps. That doesn’t forgive what appears to be some sloppy work on the Snapchat developer’s side; if the service says it doesn’t save snaps, it shouldn’t save snaps. There’s absolutely a privacy issue at stake which Snapchat should address. But privacy isn’t the only thing that’s interesting about Snapchat.

Snapchat isn’t about cryptographically secure communication. It is, to continue to be laughably earnest and self-serious about an app represented by a bloody-mouthed ghost icon, a restriction that encourages creativity. It’s like writing a novel without the letter E. Sure, you could, and many people do, use Snapchat for stupid selfies and pictures of their junk. But even that represents the goal: to make something impermanent in a world where everything is forever.

So if we take the view that Snapchat is not about sending indecent pictures, that its impermanence is aesthetic rather than literal, the fact that it is outrageously difficult to perform this hack is much more reassuring. Hickman himself says it takes six hours to do, and he has no idea how long the snaps stick around after they’ve been viewed. Certainly they don’t stay forever, or else Snapchat users would notice their phone’s storage filling up with mysterious dark data.

I tried to follow along with Hickman’s account of the hack, but got nowhere, partly because he used a toolkit, AccessData’s Mobile Phone Examiner+, to which I do not have access. This can’t really be done by a civilian.

Its goal is to make something impermanent in a culture where everything is permanent.Weirdly, it seems as if the method for extraction is being sold. According to KSL.com, Hickman has “derived a method to extract the supposedly no-longer-viewable images and pass them on to parents, lawyers and law enforcement.” That article further says that it “costs a family between $300 and $500 to forensically examine Snapchat photos.” And that’s disturbing; even though it’s horrendously difficult to get at the content, authority figures should not have basically exclusive access to it.

The bigger point is that freaking out about a Snapchat hack misses the point of Snapchat. Snapchat is secure enough to serve as a break from permanence on the web. It doesn’t have to be perfectly secure to achieve its aims. It isn’t even really trying for that, and placing the emphasis on perfect security takes attention away from what Snapchat is actually trying to do.

Snapchat will fix this bug, I’m sure; it’s in their best interest to make things as impermanent as possible. And it’s in our best interest not to trust our sensitive photos to any messaging service at all. (Kids: don’t sext.) But to think this hack means Snapchat is broken is to misunderstand what Snapchat is.