So, Um, Why Does the New Google Phone Have a Barometer in It? 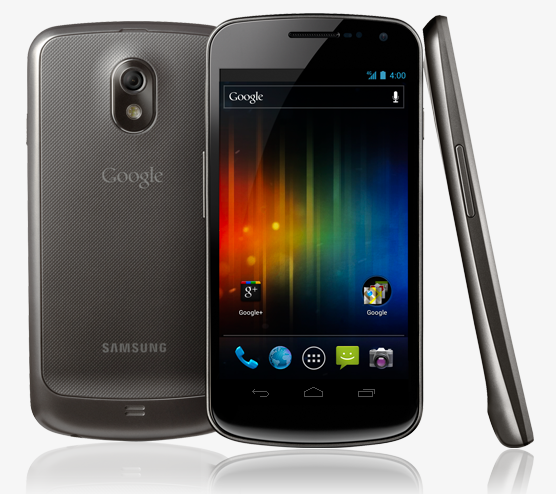 Buried in the avalanche of features in the newest version of Android, Ice Cream Sandwich, was the addition of a new sensor to accompany the standard GPS, proximity, and accelerometer: a barometer. It’s one we’d never have thought to add to a smartphone, and we sat for a little while, scratching our heads at the possible use for a sensor that tests atmospheric pressure. So we talked to the experts over at Weather Underground, and got a better sense of what this is–and, more importantly, what it is not.

A barometer is an instrument used primarily to test atmospheric pressure–essentially the weight of air. Invented way back in the 17th century, barometers now come in a few different forms. There’s the water-based kind, very similar to the original invention: a sealed glass container with a narrow spout, half full of liquid. Then there’s the aneroid barometer, which uses a small cell made of a beryllium/copper alloy that expands or contracts based on atmospheric pressure. But the most modern, smallest barometers, the kind almost certainly used in the new Galaxy Nexus phone, are digital.

Digital barometers are tiny–they’re often found in dedicated GPS units and even in those rugged outdoorsy watches–and replace all mechanical parts with a simple pressure-sensing transducer, which measure pressure in Pascals. Of course, these digital barometers have to be calibrated to deliver an accurate reading; you somehow have to be able to give the barometer a constant that is correct. Often that’s done by entering your precise elevation, though over time the barometer will suss out the correct readings.

WHY IS IT IN MY PHONE?

I spoke to Jeff Masters, the director of meteorology at Weather Underground, to find out why Google might have chosen to include this surprising sensor in their new flagship phone. His immediate answer? Altitude. “I would expect,” he said, “someone will write an app to determine your change in altitude based on your barometer reading.” This could be of a lot of use to hikers who want to see how many feet they’ve climbed, or people curious to find out the pressure inside a train or plane. The phone’s always-on internet connection would allow some sharing and crowdsourcing of data, as well. “It would also be cool if you could share your pressure readings with a bunch of other smartphone users to get a super-dense picture of the pressure changes due to an approaching thunderstorm, cold front, or hurricane,” says Masters.

But the main use for a barometer is a lot simpler, and a lot more subtle. Says John Celenza, the lead meteorological developer at Weather Underground, “the barometer is probably used on the phone to aid in correcting altitude measurements by the GPS.” In other words, the barometer is more likely than not intended to be a source of supplemental data for the GPS sensor, adding altitude measurements for increased accuracy. The atmospheric pressure is directly related to elevation, so a barometer can very easily be used as an altimeter, measuring your altitude.

WHAT CAN’T IT DO?

Our immediate thought upon hearing that Google was implanting a barometer in smartphones was a revolution in weather forecasting. It’d be like a meteorologist, right in your phone! That weather app of yours would get a shot in the arm of pure, hard data, based on exactly where you are, not the closest weather station. You’d be able to crowdsource weather readings to find out what the weather is all around you!

WHAT ABOUT THE FUTURE?

This isn’t to say that the barometer could never be used for all those cool weather forecasting dreams we had. In concert with a few more sets of data, a phone equipped with a barometer really could deliver accurate forecasts for your specific time and place. “If phones could somehow accurately sense temperature, wind speed, and direction, that would be a game-changer,” says Celenza. Many smartphones already pack an internal thermometer to sense and regulate the phone’s guts–it’s not very far-fetched at all to imagine an external thermometer that could measure the outside air.

Wind speed and direction, well, that’s a bit harder. The bulky anemometer, invented way back in 1450, is still in wide use, and as a large mechanical device would be pretty hard to translate to a digital form. But there are already wind sensors for our smartphones–apps that use a phone’s microphone to hear wind speed. Direction could be sussed out from the phone’s position (use the GPS and gyroscope for that), and the microphone can measure speed.

All in all, it’s not hard to imagine an all-in-one solution that puts a miniaturized weather station right in your smartphone. And a huge grid of to-the-second weather information could be a pretty amazing resource.