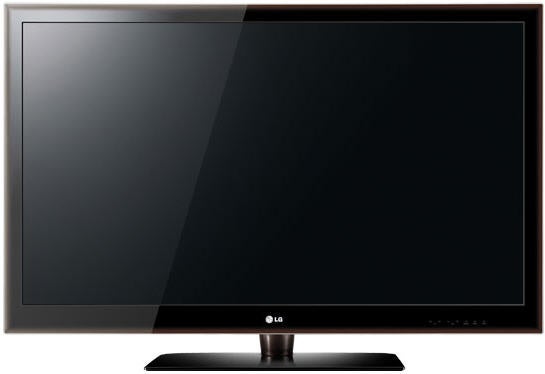 For some, 3D TV’s arrival came on a bit too suddenly. Avatar was still lighting up theater screens when the first 3D sets checked in to tempt us with the promise of stereoscopic golf tournaments — as if that alone was reason enough to buy a new TV. But while it’s easy to dismiss the whole matter as a marketing-driven phenomenon, even the most cynical consumer would be foolish to not at least consider the possibility that they might one day want to watch things in 3D.

Luckily for those folks, some companies are selling “3D-ready” TVs. Basically, these are 3D-capable sets that wary consumers can cart home without feeling they’ve been suckered into buying a feature they don’t want (at least until Avatar comes out on Blu-ray 3D, when they’ll suddenly feel an intense need to tap that capability). These 3D-ready TVs are sold without the active-shutter eyewear necessary to enable 3D viewing. In some cases, you need to separately buy both the eyewear and an external emitter that syncs the active-shutter lenses with the left/right images being displayed onscreen. One example of such a set is LG’s 47LX6500. This TV sells in the $2,000 range, but when you consider all the other gear you need to watch in 3D — a new Blu-ray player for a few hundred bucks, expensive glasses for the whole family — it starts to add up. So maybe it would be best to wait (at least until Avatar comes out).

Along with being 3D-ready, the 47LX6500 packs plenty of other features. It has an edge-lit LED backlight with local dimming (12 addressable segments) to boost picture contrast. LG’s TruMotion processing uses frame interpolation to reduce motion blur on its native 240-Hz display, offering both presets and a custom mode to adjust blur and judder reduction independently. Network media streaming options include Netflix, Vudu, YouTube, and Picasa, along with the Yahoo! Widgets suite. And with LG’s optional AN-WF100 adapter ($79) plugged into one of the set’s USB ports, you can access all of this wirelessly over your home’s Wi-Fi network. Lastly, the 47LX6500 is DLNA-certified, meaning it can stream videos and photos from a home computer running DLNA server software.

While all these extras add to the LG’s intrigue, perhaps the most attention-grabbing feature is its profile. The cabinet measures just over 1 inch deep, making it nearly as slim as the ultra-skinny Samsung UN46C8000 3D model I reviewed in our June/July/August 2010 issue. I really liked the look of the TV’s thin, dark-toned bezel and its matching stand, which can be swiveled up to 20° in either direction. Less likeable was the large illuminated LG logo, which can thankfully be switched off in the setup menu.

Back-panel inputs include three HDMI 1.4a jacks, a pair of component-video plugs, and an RGB PC input. On the side you’ll find an additional HDMI socket along with a pair of plugs that accept component- and composite-video/stereo audio inputs via breakout cables.

LG’s remote control shares the TV’s slim form factor and has a fully backlit keypad. The button layout is clean and easy to deal with in a dark room, although I found it difficult to avoid hitting the wrong commands on its arrow-button navigation pad when scrolling through onscreen menus. Buttons that take you to the NetCast media streaming options and Yahoo! Widgets screens are centrally located, and there are dedicated controls to switch between picture modes and inputs. Yet another button calls up the Quick Menu, a handy pop-up screen overlay that presents options to select picture modes and make other adjustments without entering the regular menu.

LG sent a single set of its $130 eyewear for me to use during this test. (That didn’t sit well with my two young daughters, both of whom wanted to watch Coraline in 3D at the same time. Kids, it seems, really like 3D.) Unlike the battery-powered glasses that came with Samsung and Panasonic 3D TVs I’ve tested, LG’s are rechargeable models that plug into your computer’s USB port to juice up. No batteries to replace? Gotta love that.

I had a fresh Blu-ray 3D copy of Cloudy with a Chance of Meatballs on hand during my test, but I was more interested in seeing The Ghost Writer (in plain 2D — don’t expect Roman Polanski to jump on the 3D ship anytime soon), so that got cued up first. In a scene where the character simply known as the Ghost (Ewan McGregor) interviews Adam Lang (Pierce Brosnan) in the exprime minister’s office while his secretary (Kim Cattrall) looks on, the LG managed to flesh out fine differences in the light skin tones of all three actors. At the same time, the bright red of a large abstract painting looked balanced, while a celery stalk sticking out of Adam’s vegetable-juice concoction displayed the pale-green celery hue we all know and love.

The set’s LED local dimming feature allows it to deliver images with fairly solid black levels and good shadow detail. In another scene from The Ghost Writer, where the Ghost huddles in his flat after getting mugged, shadows in the dim interior showed good depth, and I could clearly make out stuff like boxes, clothes, and books cluttering the walls and tables. On the other hand, a coarseness to LG’s local dimming processing resulted in poor picture uniformity, with certain areas of the screen looking lighter than others on dark images, and “halos” sometimes surrounding bright objects. The most glaring example I saw of this was Writer’s opening scene, where a ferry pulls into a dock at night. Watching it, I could actually make out backlight “blocks” — areas where specific lamp modules were either fully illuminated or dimmed — on the LG’s screen.

Viewing in 3D didn’t get off to a good start on the 47LX6500, with the handful of 3D discs I checked out all showing fairly serious crosstalk, or “ghost” images. But then I remembered the Left/Right button on LG’s remote control, which reverses the order in which left/right 3D frames get displayed. Once I pressed it, crosstalk virtually disappeared, and 3D pictures now looked solid and sharp. In Cloudy with a Chance of Meatballs, 3D is for the most part used in a subtle manner, but a few shots — like that of the town’s scheming mayor mumbling behind a chain-link fence — displayed a dramatic sense of depth. The LG’s very good rendering of 3D images also made scenes like one that takes place inside a giant yellow Jell-O mold more engaging and fun than they otherwise would have been in 2D.

As with many other LCD TVs, the 47LX6500’s TruMotion controls are meant to reduce the amount of blur and judder in video- and film-based images, respectively. With either the High or Low TruMotion presets switched on, film-based images took on a “video” look that was decidedly un-film-like. And when I used the Custom mode’s separate blur-/judder-reduction controls, I found that even a +1 judder setting introduced the “video” look. Better to just leave this feature off for movies, in which case the LG simply repeats each frame from a 1080p/24 Blu-ray source 9 times to hit its native 240-Hz screen-refresh rate.

Poor viewing angle has been an issue with many of the LED-backlit LCD TVs we’ve tested: Once you move a foot or two away from the screen’s center, picture contrast weakens and colors shift to an objectionable degree. Not so with the 47LX6500, which uses an IPS (In-Plane Switching) LCD panel. Screen uniformity was perfect at seats 45° off-center and beyond, making the LG a good option for households with multiple viewers.

LG’s 47LX6500 3D LCD TV has lots of things going for it: good looks, plenty of mediastreaming options, solid 3D performance, and an ability to be adjusted so that it delivers near-perfect color. And its picture quality remains consistent no matter what seat in the room you flop down in. I was less impressed with its local dimming feature, which caused movies with dark picture content, including 2.35:1 aspect ratio films with black letterbox bars, to appear somewhat less than uniformly dark. For me, that’s a big drawback. But I’m sure many other folks will find that the 47LX6500’s pluses tend to outweigh its minuses.

The LG 47LX6500’s Cinema mode delivered the most accurate picture of its three picture presets, measuring within ±928 when the Warm color-temperature mode was also selected. Compared with other TVs we test, most of which provide at least one preset mode that comes fairly close to the 6,500-kelvin grayscale standard, the LG’s out-of-box performance here was disappointing.

After I made adjustments in the ISF Expert mode, the set’s grayscale tracked the standard through much of its brightness range. The TV’s color points for the most part matched the SMPTE HD standard, although green drifted slightly toward yellow — a situation that could be remedied by using the Color Management System controls in ISF Expert mode. Color-decoder error measured via an HDMI input was minimal at just –5%.

With the TV’s Just Scan aspect ratio setting active, overscan checked in at 0%, and it was 3% in 16:9 mode. Picture resolution was excellent with all inputs/signal formats, including standard-def signals delivered via a component-video connection. Care needs to be taken when adjusting the TV’s sharpness control, however, since settings below the middle (50%) threshold reduce resolution. Motion-resolution tests mirrored what we’ve seen with most “240-Hz” TVs: In regular mode, motion test patterns max at around 700 lines, while turning on the LG’s TruMotion modes bump that number up to around 1,200 lines.

The TV passed virtually all tests contained on my various high-def video-eval Blu-rays, properly deinterlacing fi lm- and video-sourced material. Standard-def upconversion was also very good, with the TV only tripping up on a 2:2 pulldown test from the HQV DVD.