These are China’s new underwater drones 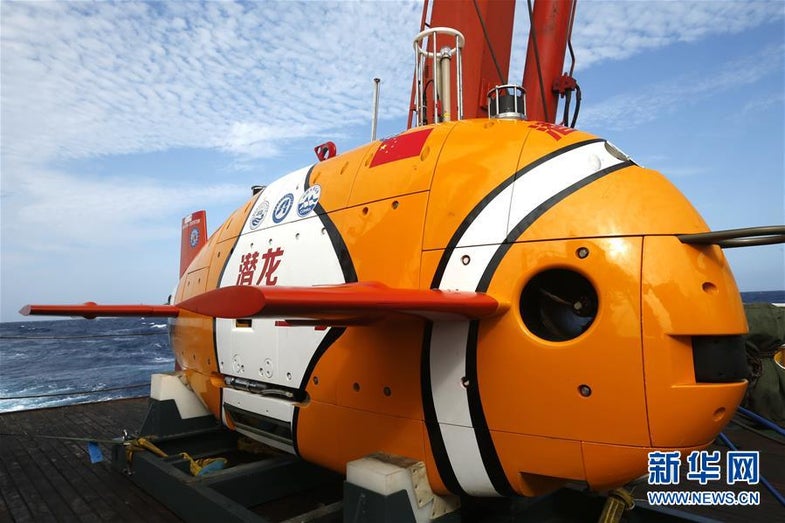 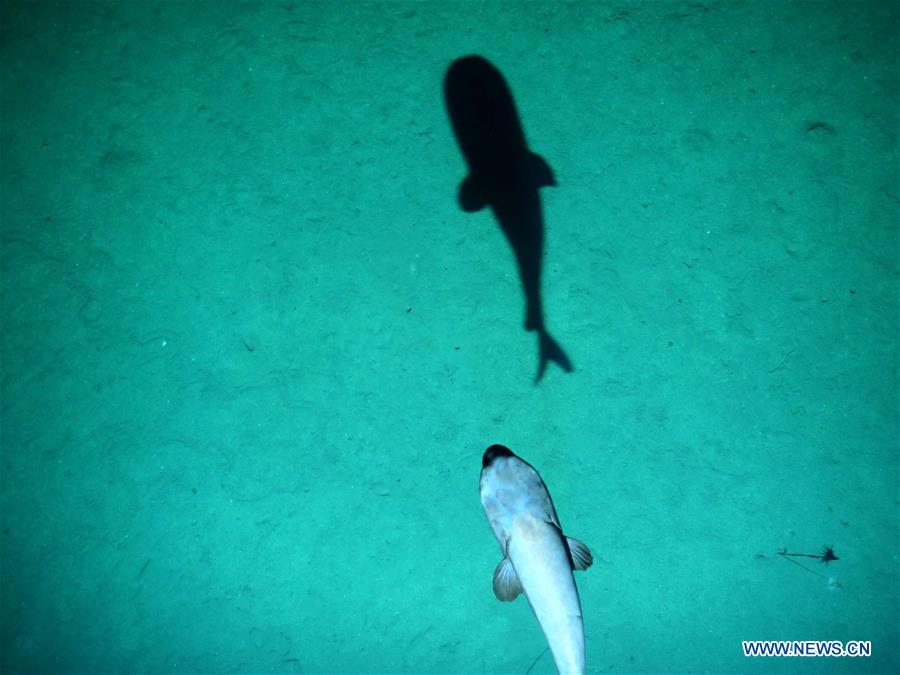 The Qianlong took pictures of deep-sea marine life, at depths of thousands of meters, on its inaugural voyage in the South China Sea. It also searched for seafloor mineral and energy resources.

Built by the Shenyang Institute of Automation, the colorful Qianlong III looks like a clownfish from Finding Nemo, though the cute look belie serious capability. It has a forward propeller in the “eyes” and the “mouth” is a navigation sonar. Its vertical tail has a magenometer, which is useful for detecting metals like manganese nodes or foreign submarines. Cai Wei, the chief scientist of the mothership Dayang Yihao, noted that in two follow-up trips, the Qianlong III collected reams of data on natural gas hydrate and metallic nodules, in support of Chinese interests in natural resources on the South China seabed. 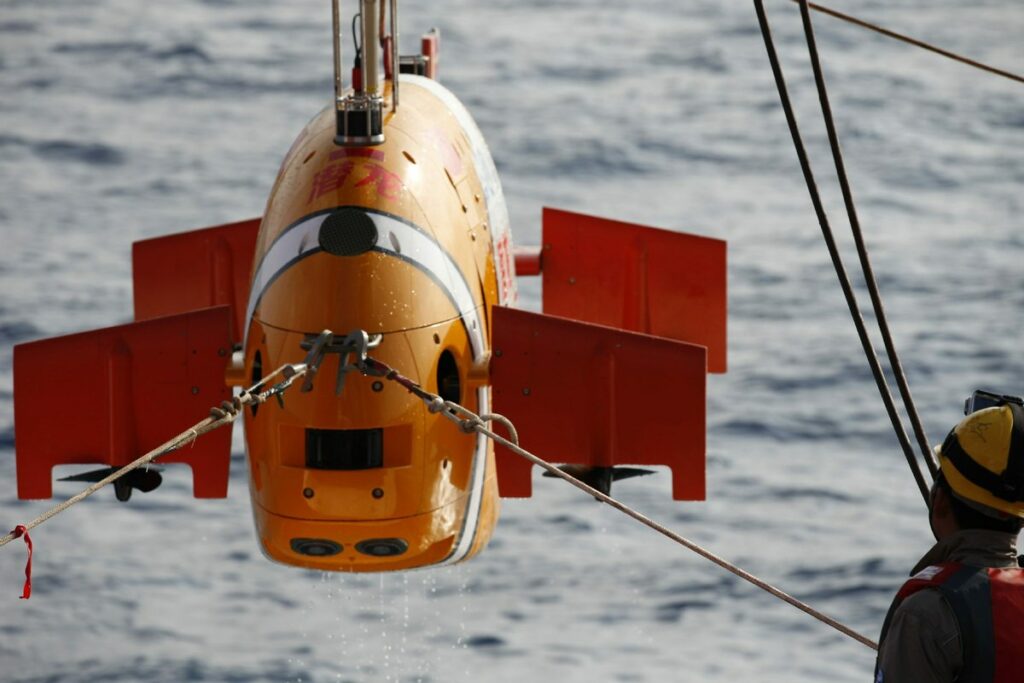 The Qianlong III can stay underwater for multiple days at depths of 4,500 meters (about 14,800 feet), beating out its Qianlong II predecessor.

Compared to its older brother Qianlong II, the Qianlong III has longer endurance and a higher percentage of domestic content. With a maximum operating depth of around 14,800 feet underwater, this 1.5-ton, 11-foot-long robot submarine will take the lead in China’s underwater scientific ambitions. 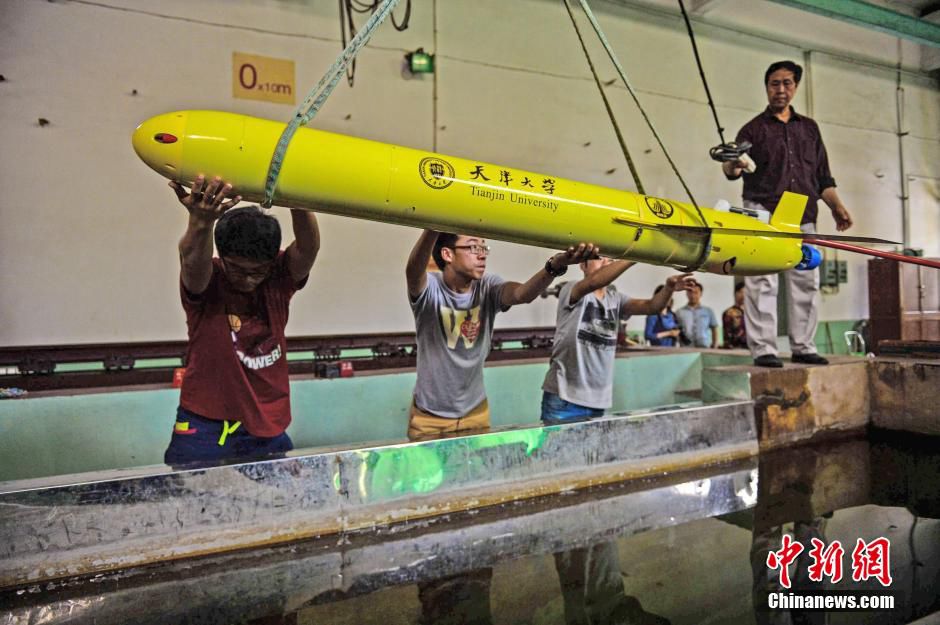 China’s Underwater Great Wall of networked seabed sensors and long endurance UUVs like the Qianlong III and the Haiyan glider are tasked with identifying enemy submarines, mines, and other UUVs. Considering longstanding Chinese deficiencies in anti-submarine warfare, deep-sea drones like the Qianlong III have applications beyond the economic sphere. They can also collect valuable data about enemy submarine acoustics and oceanographic conditions for improving stealth and anti-stealth measures. For more peaceful uses, the Underwater Great Wall’s collection of underwater and seabed data could facilitate search and rescue, earthquake and tsunami warning abilities, scientific research, and underwater resource collection. 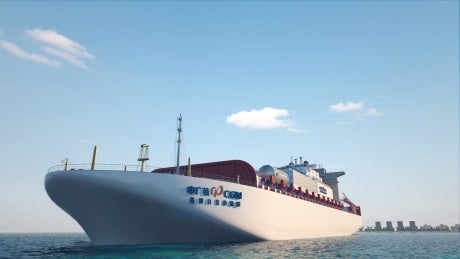 Meanwhile, Chinese naval warfare has plans for swarms on the seas and in the air and, private Chinese firms are pitching multi-hulled robot warships and a 56-USV swarm for militarized purposes. As China pushes for the lead in other future naval technologies like floating nuclear power plants, underwater mining and robot freighters, it is clear that smart UUVs like the Qianlong III will find an ever-expanding set of missions.