How to choose the perfect workout routine

No matter what you enjoy or how hard you want to push yourself, there's something out there for you. 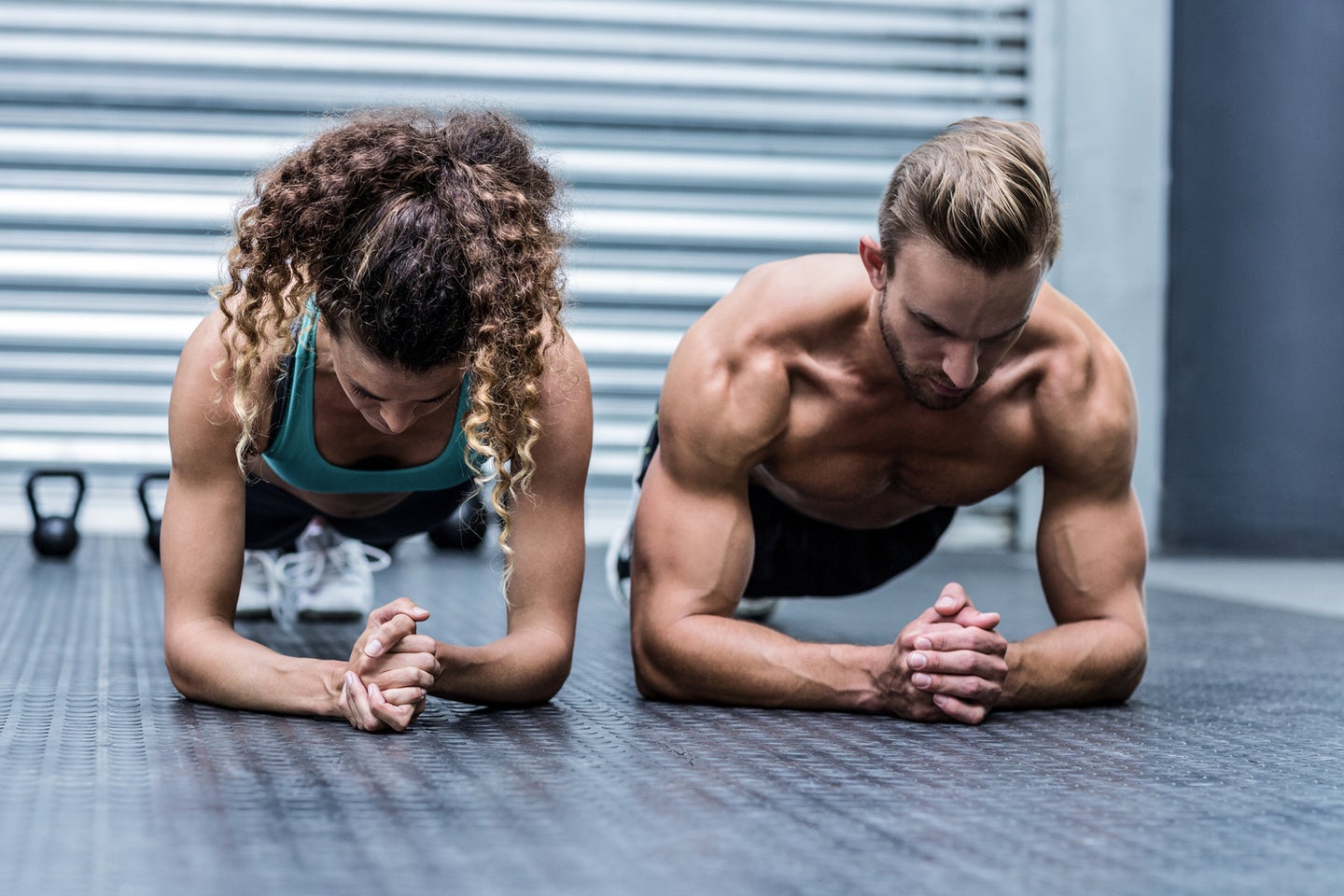 Whether it’s goat yoga, “prison-style” fitness boot camps run by former inmates, running a marathon, or powerlifting, there have never been more activities you can do to get fit (or fitter). But how do you choose whether you want to hold downward dog or get put through your paces like the filthy maggot you are?

Before getting started, let’s make one thing clear: Exercise is a panacea for a lot of problems, and most people aren’t getting enough. The U.S. government recommends at least 150 minutes of moderate-intensity activity a week—that could be walking, jogging, swimming, or biking—but many people struggle to find the time to do so. Exercise reduces your risk of heart disease, type 2 diabetes, some cancers, and other health issues. It improves your mood and mental health, and helps you sleep better. It strengthens your bones and reduces your risk of falling as you age. It flat-out increases your chance of living longer.

By choosing the right fitness activity, it’ll be much easier for you to stay on top of your exercise needs and keep healthy. If you hate running (or live somewhere cold and snowy), there’s no point in signing up for a half-marathon. You’ll never stick to your training plan.

Decide if you want to go solo or bring some friends

Perhaps the biggest decision you’ll need to make is whether you want to train alone, with a friend, or as part of a group.

Working out alone has numerous benefits: You aren’t tied to anyone else’s schedule, and it’s a great way to get meditative me-time when you lead a busy life, for example. However, you are entirely reliant on your own willpower and commitment to actually do it. If you’ve had a rough day, it’s much easier to blow off solo training plans than a class you’ve committed to. Also, most people won’t push themselves as hard when they train alone and, without a coach, you might not know if you’re making potentially dangerous mistakes.

Training in a group, as part of a fitness class or team, has a lot going for it, too. The workout tends to be super fun and social, so if you work alone and crave a bit of human interaction everyday, it’s hard to beat. A good coach will also correct your technique and help you improve, especially when you’re starting out. The biggest downside is that training times are often limited to the early morning and evening in all but the biggest gyms.

Working out with just one or two friends splits the difference, and is, perhaps, my favorite way to train. You get much of the flexibility of working out alone with the sociality and support of a group workout. As long as you have mates who want to do the same thing as you, it works great. 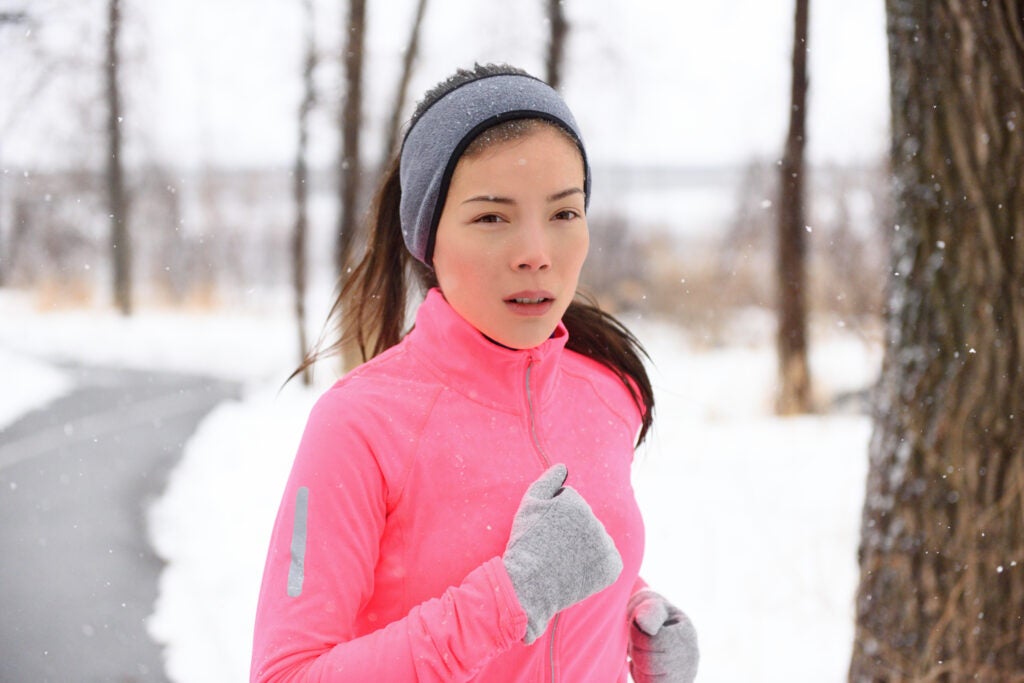 Running in a snowstorm isn’t exactly the most pleasant experience.

The year-round weather where you live also matters. It’s all well and good to run laps in Central Park in May, but it’s a lot less fun in January. Similarly, Alabama’s spring is a great time for outdoor activities, but good luck getting much hiking done in the humid heat of the summer.

If the weather where you live changes drastically from season to season, you have two options: take up something, like CrossFit or boxing, that you can do year-round, or choose different activities for summer and winter. For example, if you live somewhere like Colorado, you can hike in the summer and ski in the winter.

Sort out your workout schedule and intensity

Your available time has a lot of influence over what type of activity suits you best. If your days are so jam-packed that the government’s recommended 150 minutes of moderate exercise seems unattainable, know that you can cut that time in half by going harder. But that means going a lot harder. They call for 75 minutes of vigorous activity, so that means sprint drills, hill climbs, and the like.

Also, bear in mind that the government’s recommendations are minimums. You can train a lot more if you want to. Exercise is hugely important for my mental health, so I like to work out five or six days a week. On the other hand, if you’re busy and just want to stay healthy as efficiently as possible, 40 minutes of high intensity interval training (HIIT) twice a week is technically enough.

Some activities, like running and cycling, require significant time commitments. Running 10 kilometers takes most people around an hour, and if you want to get faster, you’ll need to run at least a few times a week.

Others, such as the HIIT classes in most gyms, can be as short as 30 minutes. The workouts are hard and fast, so they’re easier to fit in. The downside is that you’ll probably hate life during the workout. You’ll always feel good after, though.

Think about how hard you like to push yourself, how much time you have, and how often you want to train, then make sure those variables match well with the activities you’re considering.

Know how much you’re willing to spend

Running is the most egalitarian sport in the world. All you need are your feet and a pair of running shoes (and even they are somewhat optional). There’s a reason East African athletes dominate distance running, while those from wealthier nations (like the U.S, U.K., and France) are at the top in cycling, which is similarly demanding, but significantly more expensive. The most you can realistically spend on running gear is a few hundred dollars; that won’t even buy you carbon fiber handlebars. How much you are prepared to spend on training fees and gear matters a lot.

Now, don’t let expense be an excuse not to exercise. As the trainers from ConBody show, you can get a serious bodyweight workout done with no equipment in a tiny amount of space. For less than $20 a month, you can join a gym with every piece of equipment you’ll ever need. But if you are prepared to spend more money, you’ll have more options.

Consider what’s close to you, first

The most important thing with exercise is to do it consistently. Working out hard every day in January does not set you up to lounge on the couch binging Netflix for the next 11 months. When you’re eagerly starting out, it’s easy to overestimate your commitment. Signing up for a gym that’s a 40-minute drive away from you is a terrible idea, no matter how good the gym is.

It’s much easier to work out consistently when you don’t have to travel far. You’re significantly more likely to go to the gym if you simply have to go downstairs, rather than travel across town. When you’re exploring your options, prioritize things that are close. If you have a choice between three martial arts gyms, go with the one that’s nearest—at least to start out.

The best exercise is play. If you love working out, it won’t feel like a chore—it’s just having fun. You’ll look forward to doing it every day and easily keep on top of your physical and mental health. If you hate running or lifting weights, don’t do it. There are countless other options out there. Take up rock climbing, karate, or even goat yoga, instead. Seriously, find something you enjoy.

However you’ve answered the questions above, and whatever you’re into, there is a sport or physical activity out there for you. There are so many weird and wonderful ways that people get their heart rate up. Don’t limit yourself to the obvious answers like jogging on a treadmill and simple weight training. If you’re unsure where to start, here are some ideas: