The environment won’t be helped by oil producers declaring bankruptcy

It may just lead to more consumption and fewer investments in renewables. 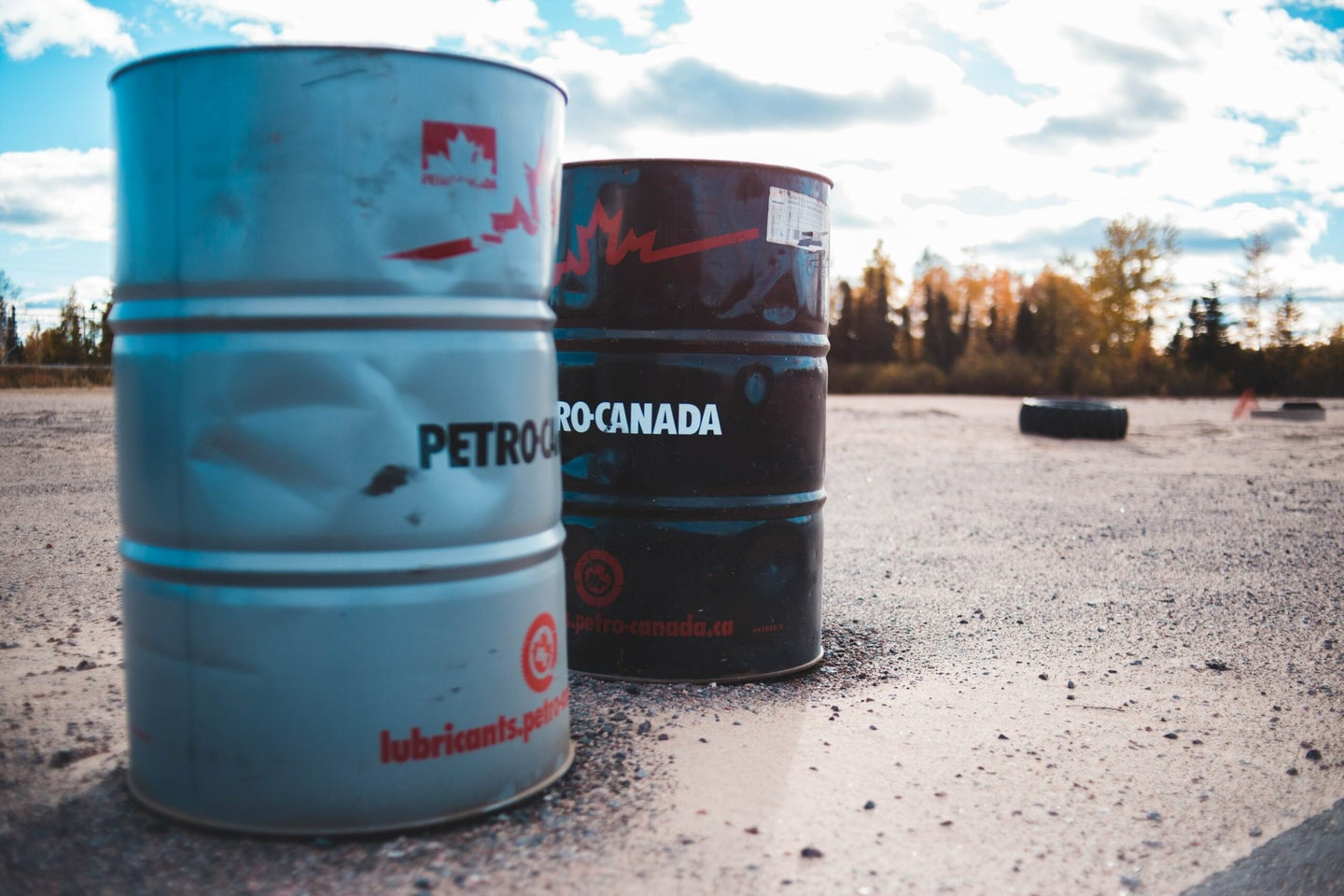 In the past couple weeks, we’ve seen oil prices—already on the decline—plummet to historic lows. On April 20, the benchmark price for U.S. oil dipped to negative $40 a barrel. At the time of writing, the price per barrel for West Texas Intermediate crude, an industry benchmark, was just below $13, still well under the $50 or so needed to make a profit.

But oil producers going bankrupt isn’t necessarily good news for the climate. In the past, low oil prices have led consumers to use it more, not less. Some economists say that for this situation to be any different, regulators need to step in and help steer our society away from fossil fuel reliance.

Oil prices are influenced by the classic forces of supply and demand, as well as investor speculation and government regulation. When economies are growing, oil demand and thus its price tend to increase as people use up supplies. But when that demand goes away—for instance, during an economic crash—supplies pile up and the price drops accordingly. Investors can also buy “oil futures,” essentially betting on what the price of petroleum will be in the future, which can influence the behavior of producers and therefore prices. Government measures can tip prices in other ways; subsidies, for example, can make it cheaper to extract oil and gas and lower the price of petroleum.

The present, extremely low oil prices are the result of a few things, explains Shana McDermott, environmental economist at Trinity University. In March, despite decreasing demand due to economic decline, Russia and Saudi Arabia ramped up their supplies of crude oil, engaging in a price war that brought prices even further down.

The United States has also massively increased its domestic energy production in recent years, says Mark Paul, political economist at New College of Florida, adding, “As much as people like to tout President Obama’s environmental record, he oversaw the largest expansion of oil and gas drilling in history.” With the invention of fracking, which allows companies to tap into deep shale deposits of oil and gas, American producers were able to drill with abandon. According to 2018 data, the United States was the largest producer of both oil and gas in the world.

On top of economic and health calamities, the COVID-19 pandemic has led to an “absolute collapse” in demand for petroleum, says Paul. We’re staying at home, not driving, and spending much less money.

Put together, these factors have rocked both supply and demand—supplies are increasing while demand is very low. This leads to very low prices. Now, loaded oil tankers are literally anchored along coasts with nowhere to go. “We’ve got this supply glut and demand decrease that’s really just tanking the prices,” says McDermott.

The simple solution to “storing” that oil would be to just leave it in the ground—as many have quipped. And indeed, in recent weeks, the United States and other oil-production nations have begun to modestly cut production. But those voluntary actions are limited by the desire to keep sites in business, even if it’s at a loss. “Bills are still coming due for oil and gas companies, particularly those that have debt on their balance sheets,” says Paul. “So these companies are desperate to continue extracting oil in order to keep cash flowing.”

In the U.S. oil and gas industry over the past decade, many businesses invested heavily in growing their drilling, taking on debt in the process. With the current economic decline and crash in oil prices, however, Paul estimates hundreds or maybe even thousands of small American producers will go bankrupt, leading to the demise of tens of thousands of jobs.

If these markets are left alone, both Paul and McDermott say we could lose progress on renewable energy expansion. Once we go back to work and start spending again, cheap oil will tempt consumers and numerous industries away from lower-carbon choices. Low oil prices mean cheap fuel, which tends to lead to more driving and purchases of gas-guzzling vehicles. Also, “[cheap oil] makes the math to invest in energy-efficient appliances or an electric car or building a net-zero house much more complicated,” says Paul. “I think that this is very bad, both for the environment and for workers.”

These economic shocks could also reverse any progress major energy companies were making on climate. ExxonMobil, Shell, and other large producers have the ability to use some of their profits to support alternative energy research, and these energy giants have been starting to make moves toward investing in renewables, says McDermott. But that might soon change, she says. “If the prices keep staying low with oil, you have to wonder, is that going to hamper their ability to do that R&D [into renewables] to make those changes?” With a drop in revenue from oil due to low prices, companies will reap less profit and thus have less money to spend on expanding into clean energy.

While some experts have suggested that the downturn might push fossil fuel companies to pivot to clean energy because they can no longer profit as much from oil and gas, others argue that outcome is unlikely. For decades, these fossil fuel interests have dragged their feet on addressing their contribution to climate change and have actively worked to crush measures to regulate greenhouse gas emissions, says Paul. Based on their history of committed fossil fuel extraction, Paul thinks it’s unlikely we’d see any meaningful change from energy companies now, even as their profits plummet.

If we want to steer towards a clean energy future, McDermott says one place to start is putting a price on carbon. In a carbon tax or cap-and-trade program, regulators could estimate the environmental cost that each ton of carbon dioxide released inflicts, and require polluters to pay for their emissions. There are a few ways of doing this. McDermott says one method, a carbon fee and dividend program, could be just what America needs right now. It would take the carbon taxes from fossil fuel companies and issue the money back to households. “That means two birds with one stone,” says McDermott. “You reduce the oil energy dominance and you’d be able to help people right now with a check.”

Paul proposes perhaps a more radical solution: buying out the fossil fuel industry, coupled with a green stimulus program to support jobs. Right now, in theory, the government could buy the entire oil and gas industry for cheap, then dismantle it. Paul says that markets are bad at making these kinds of transitions themselves, so this massive purchase could be a way to end fossil fuel dominance for good. “Nationalization of the fossil fuel industry would be a one-time buyout of the political power of that industry,” says Paul. “There’d effectively be a knockout punch that would open doors for climate action in a way never seen before.”