‘Hunger stones’ showing the history of drought in Europe are resurfacing

The continent is facing what is possibly the worst drought in 500 years. 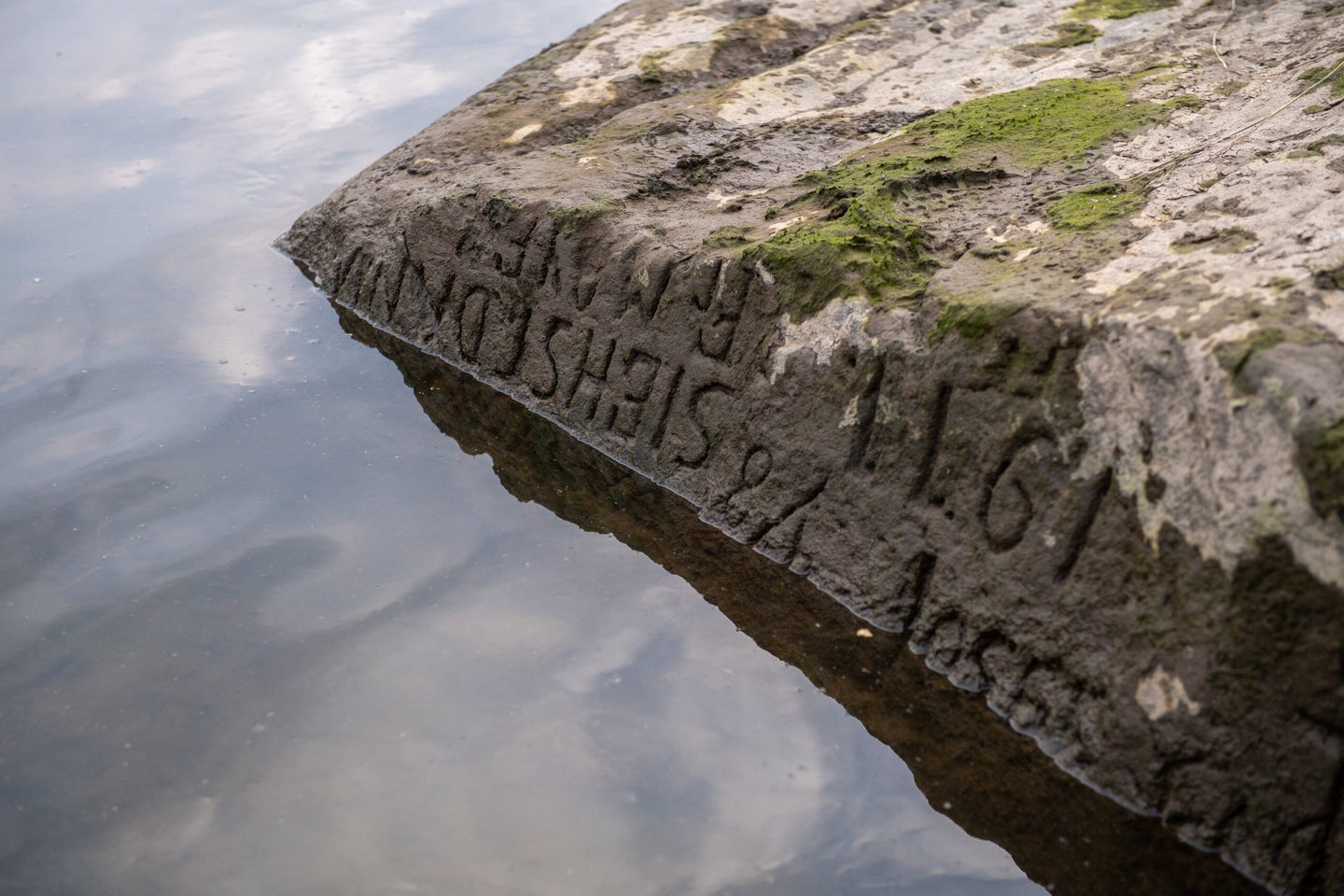 The Hunger Stone, one of the oldest hydrological monuments in Central Europe, appeared in the Czech Republic on August 18, 2022. Photo by Vit Cerny/Anadolu Agency via Getty Images
SHARE

The European continent is in the midst of what could be its worst drought in 500 years, with crops dying, temperature records being smashed, and riverbeds drying up. According to the European Drought Observatory, 47 percent of Europe is in drought warning conditions, which means that soil has a moisture deficit. Another 17 percent of the continent is on alert, which means that vegetation in the area is being affected by the parched conditions.

One of the more haunting discoveries are the “hunger stones” turning up across Europe. These stones covered in engraved markings show the water levels from previous dry times and some come with grim warnings.

The Elbe is one of central Europe’s major rivers, flowing 680 miles long through the Czech Republic and Germany and into the North Sea. It is also home to many of these eerie hunger stones. Near town of Děčín in the northern Czech Republic, one haunting stone reads “If you see me, then weep,” or “Wenn du mich siehst, dann weine.” A watershed 2013 study from Masaryk University found that the stone was “chiseled with the years of hardship and the initials of authors lost to history.” It “expressed that drought had brought a bad harvest, lack of food, high prices and hunger for poor people.” The paper finds that the earliest readable year on the Děčín stone is 1616, but there are etchings that trace back to earlier droughts (including 1417 and 1473) which have eroded over time. The stone also shows multiple dry years between 1707 and 1893. It’s speculated that hunger stones became a common feature of Central European culture around the Late Medieval period as a way to prepare the populace for hard times. The Děčín stone was most recently seen in a central European drought in 2018. Hunger stones in the Elbe River have appeared more regularly since the construction of a dam on the Moldau tributary in the 1920s.

Another less studied Elbe River hunger stone near the German town of Bleckede reads “when this goes under, life will become more colorful again”.

In Germany’s Rhine River, a favorite for river cruising, hunger stones with the more recents dates including 1947, 1959, 2003, and 2018 and people’s initials, have re-surfaced near the towns of Worms and Rheindorf. Water levels in the Rhine dropped so low this summer that barges are barely able to carry their cargo throughout the river, greatly affecting supply chains already strained due to the Russian invasion of Ukraine.

Droughts have occurred throughout Europe’s climatological history. A 2015 study looked at tree rings and found that central Europe suffered “megadroughts” in the 11th and mid-15th centuries CE, leading to famine and greater social unrest. While these dry spells have always been part of life on Earth, they will only get worse due to climate change.

[Related: A huge chunk of the EU’s food imports will be at risk of drought by 2050.]

“A warmer atmosphere is thirstier … and heatwaves further exacerbate the development of drought conditions,” University of Reading climate science professor Richard Allen stated in an interview with Sky News. “Also, because the continents are warming so rapidly, dry conditions can worsen because ocean winds cannot blow enough moisture over the land to satisfy the atmosphere’s thirst for water.” The increased temperatures may also shift Europe’s wind, weather, and jet stream patterns, making these hotter and drier conditions stay in place longer.

Europe is not alone in increasing and devastating drought periods—China, the Western US, and India are also struggling. Climate change doesn’t just affect one continent, but all seven. The chilling hunger stones act as a warning for what may be to come for drought-prone places all across the planet.