Warmer nights are fueling the future of wildfires. 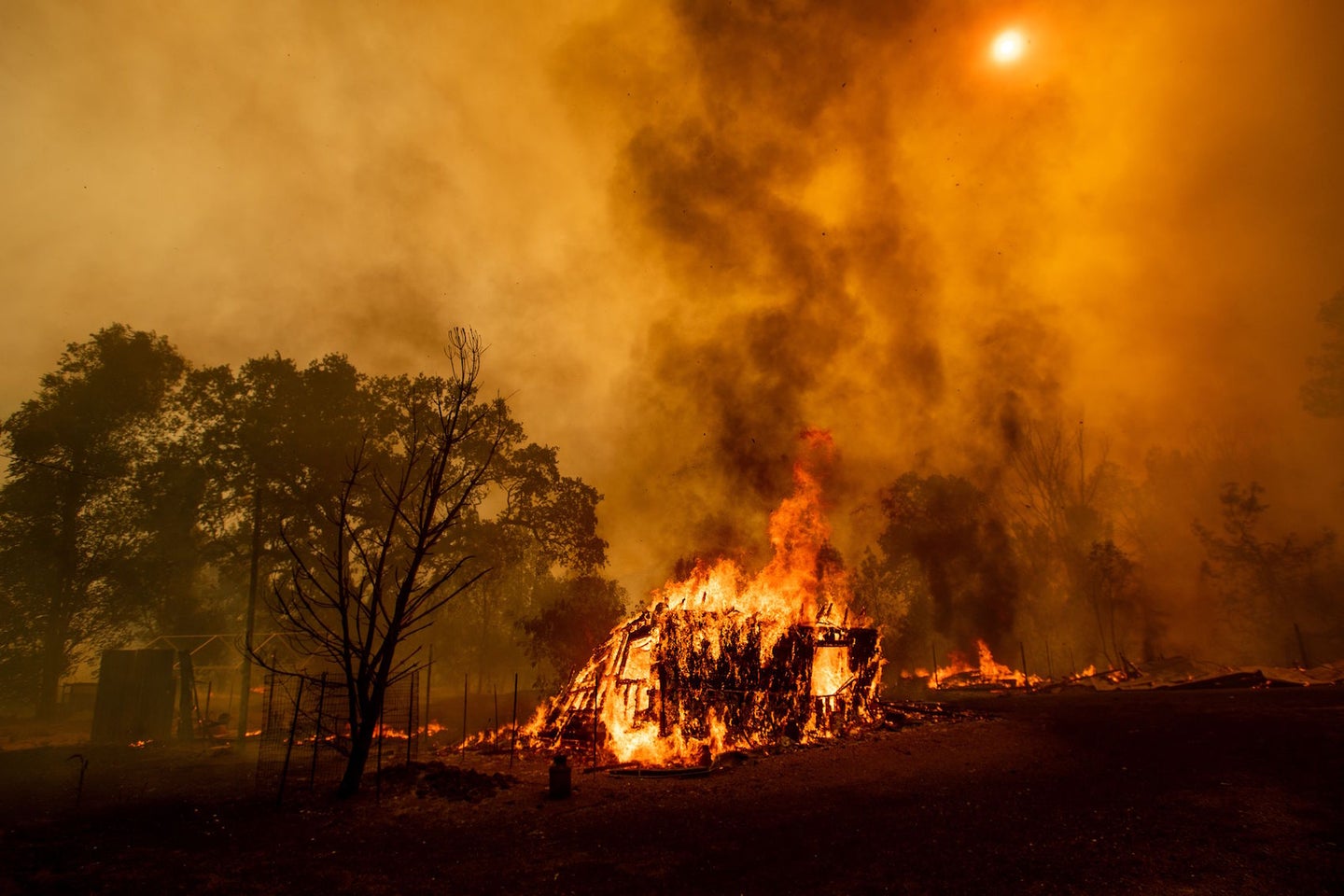 It’s the speed of a wildfire that really determines how destructive it will become. As many as 100,000 may ignite in U.S. wildlands every year, but only a small percent of those will go on to become headline-grabbing blazes, swallowing thousands of acres a day.

That’s what happened in northern California, where the twin River and Ranch fires sparked to life on July 26, at one point growing by nearly 50 square miles in a few short hours. Now, just over a week later, the double-header Mendocino Complex fire has burned through more than 450 square miles (200,000 football fields), surpassing last December’s Thomas fire to become the largest wildfire in the state’s history.

“Look how big it got, just in a matter of days,” Scott McLean, deputy chief of the California Department of Forestry and Fire Protection, told the Los Angeles Times. “That doesn’t happen. That just doesn’t happen.”

But this is 2018, and it is happening more and more often, thanks to climate change. In California alone, there are currently 18 wildfires blazing and some 14,000 firefighters struggling to contain them. Beside the Mendocino fire, there is the Ferguson fire, which caused officials to close Yosemite Valley to visitors “indefinitely” on Monday, and the Carr Fire, which has left seven people dead and destroyed over 1,000 homes in Redding, California.

It is, in short, the worst start to fire season that California has seen since 2008. And with a seasonal dry period that can last until November or December, the state is likely to see more fires before this season is out.

And that’s not entirely surprising—it’s been a hot summer, after all. The National Weather Service reported all-time record high average temperatures in the cities of Fresno, Long Beach, Van Nuys, Lancaster, and Oxnard. Globally, the five hottest years on record have all occurred since 2010.

All that heat has a way of drying out everything on the ground. Much of California is currently experiencing abnormally dry conditions, with the state’s southern reaches in moderate to extreme drought.

“Just like a campfire or a Christmas tree, very dry fuel burns much easier than wet fuel,” says Tim Brown, climatologist at the Western Regional Climate Center in Reno, Nevada. The heat dries out vegetation, making it easier for small fires to flare into big ones.

But it’s not just the high temperature peaks that are the problem; it’s also the fact that the low temperatures are not as low as they used to be.

“You have greenhouse gases acting like a blanket and not letting things cool down as much,” WRCC climatologist Nina Oakley told the Los Angeles Times.

In fact, average nighttime temperatures are currently increasing faster than daytime temperatures—so while nights are still cooler than days, the difference is much smaller than it used to be. That means fires aren’t calming down as much when the sun goes down, which is when firefighters typically work to get ahead of a fire by digging containment lines and fortifying firebreaks.

Instead, with their air support grounded at night due to lack of visibility, firefighters are facing fierce nocturnal fires with fewer tools and increased risk. As Cal Fire Division Chief Chris Anthony told the Huffington Post: “It is clear to me that firefighters are on the front lines of climate change.”