Earth would be unrecognizable without fungi

Mycologists urge conservation efforts to include mushrooms, yeasts, and molds. 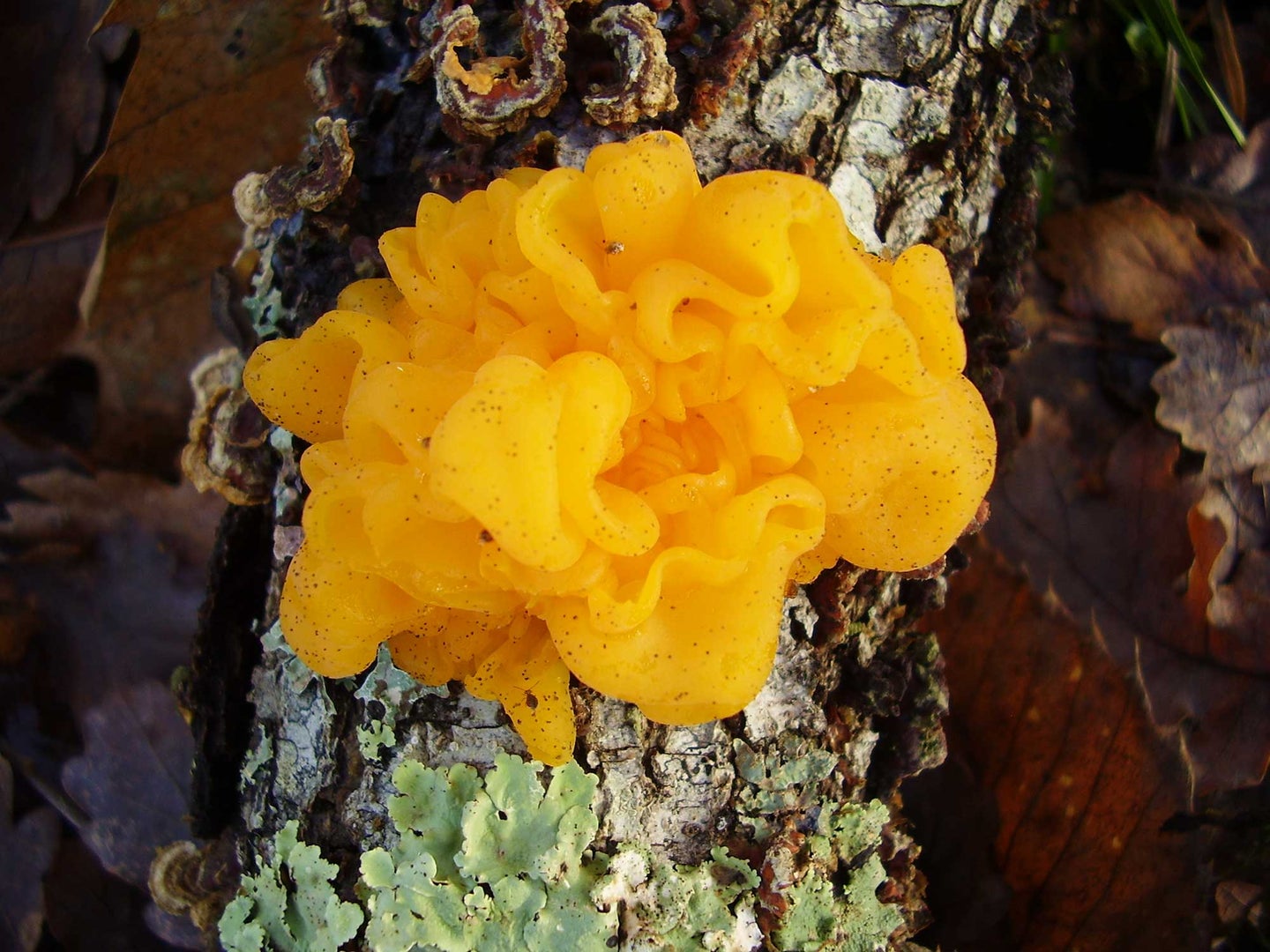 It’s no secret that Earth’s biodiversity is at risk. According to the International Union for the Conservation of Nature, 26% of all mammals, 14% of birds and 41% of amphibians are currently threatened worldwide, mainly due to human impacts such as climate change and development.

Other forms of life are also under pressure, but they are harder to count and assess. Some scientists have warned of mass insect die-offs, although others say the case hasn’t been proved. And then there are fungi—microbes that often go unnoticed, with an estimated 2 million to 4 million species. Fewer than 150,000 fungi have received formal scientific descriptions and classifications.

If you enjoy bread, wine or soy sauce, or have taken penicillin or immunosuppressant drugs, thank fungi, which make all of these products possible. Except for baker’s yeast and button mushrooms, most fungi remain overlooked and thrive hidden in the dark and damp. But scientists agree that they are valuable organisms worth protecting.

As mycologists whose biodiversity work includes studying fungi that interact with millipedes, plants, mosquitoes and true bugs, we have devoted our careers to understanding the critical roles fungi play. These relationships can be beneficial, harmful or neutral for the fungus’s partner organism. But it’s not an overstatement to say that without fungi breaking down dead matter and recycling its nutrients, life on Earth would be unrecognizable.

The amazing biological fungal kingdom includes everything from bracket fungi, molds and yeasts to mushrooms and more. Fungi are not plants, although they’re usually stocked near fresh produce in grocery stores. In fact, they’re more closely related to animals.

But fungi have some unique features that set them apart. They grow by budding or as long, often branching, threadlike tubes. To reproduce, fungi typically form spores, a stage for spreading and dormancy. Rather than taking food into their bodies to eat, fungi release enzymes onto their food to break it down and then absorb sugars that are released. The fungal kingdom is very diverse, so many fungi break the mold.

Fungi play essential ecological roles worldwide. Some have been forming critical partnerships with plant roots for hundreds of millions of years. Others break down dead plants and animals and return key nutrients to the soil so other life forms can use them.

Fungi are among the few organisms that can degrade lignin, a main component of wood that gives plants their rigidity. Without fungi, our forests would be littered with huge piles of woody debris.

Still other fungi form unique mutualistic partnerships with insects. Flavodon ambrosius, a white rot decay fungus, not only serves as the primary source of nutrition for certain fungus-farming ambrosia beetles, but it also quickly out-competes other wood-colonizing fungi, which allows these beetles to build large, multigenerational communities. Similarly, leaf-cutter ants raise Leucoagaricus gongylophorus as food by gathering dead plant matter in their nests to feed their fungus partner.

We can only partially appreciate the benefits fungi provide, since scientists have a narrow and very incomplete view of the fungal kingdom. Imagine trying to assemble a 4-million-piece jigsaw puzzle with only 3% to 5% of the pieces. Mycologists struggle to formally describe Earth’s fungal biodiversity while simultaneously assessing various species’ conservation status and tracking losses.

The International Union for Conservation of Nature’s Red List of Threatened Species currently includes 551 fungi, compared to 58,343 plants and 12,100 insects. About 60% of these listed fungal species are gilled mushrooms or lichenized fungi, which represent a very narrow sampling of the fungal kingdom.

Asked what a fungus looks like, the average person will probably imagine a mushroom, which is partly correct. Mushrooms are “fruiting bodies,” or reproductive structures, that only certain fungi produce. But a majority of fungi don’t produce fruiting bodies that are visible to the eye, or any at all, so these “microfungi” go largely overlooked.

Many people see fungi as frightening or disgusting. Today, although positive interest in fungi is growing, species that cause disease—such as chytrid fungus in amphibians and white-nose syndrome in bats—still receive more attention than fungi playing essential, beneficial roles in the environment.

Even with limited knowledge about the status of fungi, there is increasing evidence that climate change threatens them as much as it threatens plants, animals and other microbes. Pollution, drought, fire and other disturbances all are contributing to losses of precious fungi.

This isn’t just true on land. Recent studies of aquatic fungi, which play all kinds of important roles in rivers, lakes and oceans, have raised concerns that little is being done to conserve them.

It is hard to motivate people to care about something they do not know about or understand. And it’s difficult to establish effective conservation programs for organisms that are mysterious even to scientists. But people who care about fungi are trying. In addition to the IUCN Fungal Conservation Committee, which coordinates global fungal conservation initiatives, various nongovernment organizations and nonprofits advocate for fungi.

Over the past two years, we have seen a surge of public interest in all things fungal, from home grow kits and cultivation courses to increased enrollment in local mycological societies. We hope this newfound acceptance can benefit fungi, their habitats and people who study and steward them. One measure of success would be for people to ask not just whether a mushroom is poisonous or edible, but also whether it needs protection.

Delegations from most of the world’s countries will meet in China this fall for a major conference on protecting biodiversity. Their goal is to set international benchmarks for conserving life on Earth for years to come. Mycologists want the plan to include mushrooms, yeasts and molds.

Anyone who takes their curiosity outdoors can use community science platforms, such as iNaturalist, to report their observations of fungi and learn more. Joining a mycology club is a great way to learn how to find and harvest fungi responsibly, without overpicking or damaging their habitats.

Fungi are forming important networks and partnerships all around us in the environment, moving resources and information in all directions between soil, water and other living things. To us, they exemplify the power of connection and cooperation—valuable traits in this precarious phase of life on Earth.

Matt Kasson is an Associate Professor of Mycology and Plant Pathology at West Virginia University. Brian Lovett is a Postdoctoral Researcher in Mycology at West Virginia University. Patricia Kaishian is a Visiting Assistant Professor of Biology at Bard College. Disclosure statement: Matt Kasson receives funding from the National Science Foundation, The National Geographic Society and the U.S. Department of Agriculture.