Dogs can make stressful workplaces better for people. Even the White House.

Furry pets have been a near-constant presence in the president’s office, and that’s a good thing. 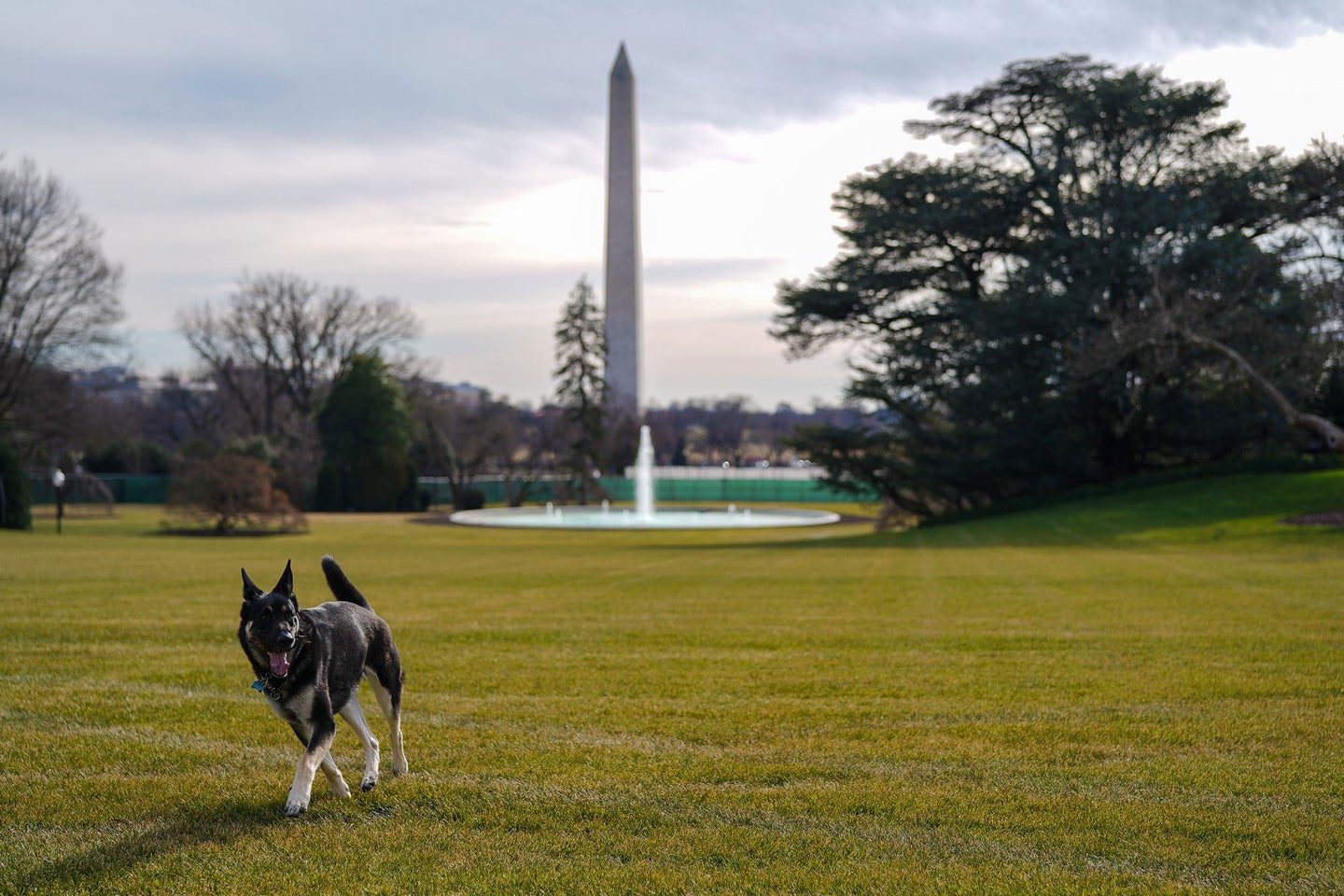 Ellen Furlong is an associate professor of Psychology at Illinois Wesleyan University. This story originally featured on The Conversation.

Since entering the political spotlight, Champ and Major have achieved celebrity status, making news when then-President-elect Joe Biden fractured his foot while playing with Major and stumping for Biden on the campaign trail. The dogs even share a Twitter account, which features photos and doggie press releases. Major, the first shelter dog to live in the White House, has delighted so many people, the Delaware Humane Association, from which Major was adopted, held an “indoguration” ceremony for him.

Pets in the Oval Office have long fascinated many on both sides of the aisle. George H.W. Bush’s springer spaniel, Millie, “authored” a book on life in the White House that charmed many readers—and even outsold her presidential guardian’s autobiography. More recently, Buddy Clinton, Barney and Miss Beazley Bush and Bo and Sunny Obama have captivated the American public while roaming the halls of the White House.

As a dog enthusiast, I too take enormous delight in seeing presidents’ dogs run down the White House hallways, deplane from Air Force One or campaign with their guardians. But as a psychologist studying dog cognition and behavior, I must add a crucial point: Dogs have much more to offer than feel-good stories and cute photo ops. A growing area of research suggests that dogs can provide real benefits, not only to their daily companions, but also to those in their orbit.

These benefits explain why many workplaces—from Amazon to Zygna—have begun welcoming dogs into their offices. Recent research suggests that dogs in the workplace can lead to increased worker engagement, lower employee turnover, greater work satisfaction, and even enhanced employee cohesion and communication.

The Oval Office, the site of momentous decisions, enormous stress and complex social dynamics, may benefit from dogs even more than typical workplaces. After all, stress can compromise decision-making and problem-solving abilities. Pets can alleviate stress, however, dampening these effects and leading to improved performance on difficult tasks.

Not only do people report feeling less workplace stress around dogs, but their very bodies tend to support this claim. A growing area of research suggests human heart rates slow, levels of the stress hormone cortisol shrink and blood pressure decreases when people hang out with dogs. Interestingly, the positive effects of pups on stress levels exceed that of even a close friend or family member: A dog will reduce your stress more than your spouse or best friend will. After all, dogs are naturally inclined to love you unconditionally and will never find fault with the way you slurp your soup.

Dogs may reduce stress because they provide social support. You may feel supported by your pooch, in part, because of the oxytocin feedback loop between humans and dogs. Oxytocin, a hormone involved in promoting social bonds, is released in both dogs and humans when gazing into each other’s eyes.

People report improved mood, increased happiness, and greater energy levels around dogs. And, on the flip side, they enjoy reduced feelings of depression, loneliness and negativity when dogs are present.

Given dogs’ skill at providing these supports and boosting mood, it may not surprise you to learn they work their magic not only one on one, but also in group settings. In the presence of a dog, people in groups have better social interactions, engage in more conversations and are more likely to form long-term friendships with one another.

The effects of dogs as social lubricants can go further: Dogs even foster development of social support networks among their humans, leading to a sense of community, and more social interactions between people in their vicinity. These engagements offer opportunities for even more social support in high-stress environments. And perhaps most importantly, people are more likely to offer help when a dog is present.

Having Champ and Major in the White House may help President Biden and his staff navigate the stresses and tensions of the current political landscape. Beyond “indogurations,” tweets and cute photo ops, Champ and Major will offer physical, psychological and social benefits in the Oval Office.

In short, pets (cats, too!) improve the quality of life in almost every context—including presidential ones. Perhaps they can, even in a small way, play a role in uniting a divided country. After all, personal politics aside, isn’t it comforting to know there will be paws pattering around the White House again?